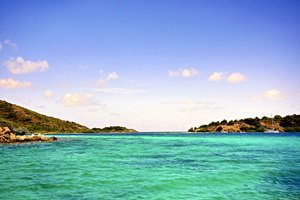 European and African traditions and customs surprisingly coexist on Tortola. The indigenous population was almost completely exterminated or assimilated during colonization. All of the present inhabitants are descendants of the first Europeans from Wales and Northern areas of Britain and Africans who were brought here to work on plantations. Despite past differences in status and rights, there is no racial hatred on Tortola now. Locals are tolerant to different religious customs, traditions and rituals of those who come to the island. Tortola inhabitants are politically correct and do not like to discuss racism, chauvinism and other forms of harassment. You should not delve deeply into the history of relations between the current inhabitants and the native Indians.
Your active city break in Tortola. Attractions, recreation and entertainment - best places to spend your day and night here
Tortola will definitely appeal to those who are fond of diving and snorkelling. There are not only a few rich reefs in the surrounding waters but also a huge number of wrecks, once plied …

Open
By the way, note that although the main spoken language here is English, you will not understand every Islander. The fact is that the vast majority of Tortola residents speak the West Indian dialect, which includes a large number of words of African, Danish, Spanish and French. This language was spread in the colonies of Britain and remains unchanged among the local population to this day. However, people in tourist places usually speak British English. Here you shouldn’t be afraid to walk alone on the streets of the settlements. The island has almost no violent crimes due to a stable economy and low unemployment.
Despite the fact that the vast majority of local residents belongs to the Christian denomination, many people still have faith in the jambis-spirits, which surprisingly does not come into conflict with Protestantism and Catholicism. Jambis cannot be considered exceptionally evil characters, even though they are. In the opinion of the islanders, the spirits are responsible for the failure and unhappiness. On Tortola from mouth to mouth are passed on legends about the feats of the spirits and their adventures. In General, local culture has a strong tradition of oral folklore - jambis appear even in political and satirical notes. They are something like national heroes here and at the same time folklore characters familiar to every Islander. Copyright www.orangesmile.com
Best beaches and recreation areas around Tortola
On the picturesque island more than ten magnificent beaches are available for vacationists. Among them there are beaches for amateurs of surfing, fans of halcyon recreation and even for …

Open
The best way to learn local customs and traditions is to visit Road Town, the island's capital, during the BVI Summer Festival on August 7-9. Performances of local circus and theatre groups, carnival processions, master classes of artisans and cooks, songs and dances – in a word, you will not get bored here. The festival allows plunging into the culture of the locals for a couple of days. The holiday is dedicated to the day of liberation from slavery. Events dedicated to Christmas and Easter are less bright than the summer festival but the city is decorated with many Christian symbols, and there are festive events in the local churches.

Foxy's Music Festival is held at the beginning of March. It is quite an interesting event where you can watch concerts by local performers of traditional and contemporary music. The same events take place in May 6, during the annual Music Festival. The Fisherman’s Day is held on July 4. You can enjoy dishes made of fresh catch and watch sports fishing competitions. Windsurfers come to Tortola for the Highland Springs HIHO Races held late June or early July. This event is known as the World's Greatest Windsurfing and Sailing Adventure and takes both windsurfers and sailors on a 7-day journey through the British Virgin Islands. The competition ends with a Grand party right on the beach.
Top hotels in Tortola for business trip or short vacation
Tourists who decided to spend a few days on the scenic island will definitely like the presence of upscale hospitable establishments. One of the most popular hotels of Tortola is Frenchmans. …

Open
Throughout the island, it is customary to greet each other, even if you don’t know the person. Unlike many countries in the Caribbean, Tortola residents behave much more restrained, especially in remote settlements. On the other hand, Tortola inhabitants are not prudish as British people. It is customary to shake hands regardless of age and social status and be polite to all people. Locals will not appreciate a tourist in a beach suit walking around the city streets, and it is prohibited to smoke at most bars and public places.

This guide to traditions and festivals in Tortola is protected by the copyright law. You can re-publish this content with mandatory attribution: direct and active hyperlink to www.orangesmile.com.
Tortola - guide chapters 1 2 3 4 5 6 7 8 9

Cathedrals and basilicas near Tortola
♥   Ss. Peter and Paul Cathedral, Charlotte Amalie, 33.6 km from the center. On the map

Unique landmarks in Tortola and around 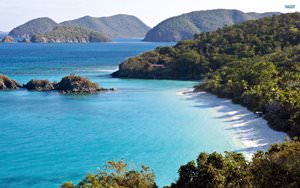 Distance from Tortola center - 15.3 km.
The island of Saint John, located in the Caribbean Sea, is popular with the active recreation and the unusual, picturesque holiday destinations. The tiny island is one of the American Virgin Islands and is the smallest of them. The surface area is 50.8 sq km. Despite the relatively modest size, Saint John is rich in the unique natural sights you can not see anywhere else in the world. … Read further

Colors of Tortola in photos

Traditions and festivals in cities around Tortola

Saint Martin
Statue symbolizes the image of King Momo; it is believed that after the burning of statue supreme forces grant absolution and bestow good luck for the whole next year. Locals also celebrate the festival dedicated to the unity of two cultures; it is called the Day of Concord. Celebrated it in November, the Day of Concord is one of the most soulful and favorite holidays of ... Open »
Long Bay
Such an eventful holiday program always attracts many foreign guests to the resort. Good-natured and friendly locals would serve as a nice bonus. They are distinguished by a very calm character, they are always well-disposed to foreign guests and ready to help and tell about the peculiarities of local culture. For many years, the islands had been ruled by the British, so they ... Open »
Antigua Island
The Antiguans are friendly towards the tourists due to the innate hospitality and because tourism brings considerable income. Their kindness is quite sincere, however, they will sincerely try to sell you a piece of wood, assuring, it is a part of the old fort. If you want, you can trade this “antique” for a cigaret, if you don’t, a universal phrase”maybe later” ... Open »
Bavaro
Punta Cana is one of the most important destinations in the Caribbean, so various events and festivals are essential for this place. Punta Cana Music & Art Festival is a great way to get acquainted with rich Dominican culture. The event takes place on the second decade of August in Bavaro. Originally, this festival appeared in Europe, but then it was decided to bring it to ... Open »
La Romana
Workshops at the cigar factories are held specifically for guests of the festival who can learn to roll cigars on their own. The symbolic holiday of the region is never complete without tasting the best types of tobacco. The cigar festival is always accompanied by beautiful carnivals and solemn processions taking place right on the city streets. On festive days, street ... Open »
Dominica Island
The influence of the British is not limited to historical dates, architectural buildings, and the state language. The population of Dominica, for example, is very fond of cricket, which is not very popular in other countries. Here, as in the UK, the traffic is left-handed, and sandwiches have been one of the most popular snacks for many years now. All this combines with the ... Open »

Cityguide on traditions, mentality and lifestyle of people in Tortola. Learn the best periods to visit Tortola to discover its soul - authentic festivals, events and celebrations. We will also reveal the interesting habits, attitude towards the world and to tourists in Tortola.