Contrary to the American counterpart, the British Virgin Islands are less populated and less known among travelers. These islands are not cheap, but their Caribbean charm and untouched nature are very rewarding. If rent a boat, rest on the islands becomes particularly awesome as it is possible to move between the uninhabited islands, exploring their beauty.
Overview of the optimal transportation means in Virgin Islands British
Despite the fact that the British Virgin Islands are a popular tourist country, the transport infrastructure on their territory is rather poorly …
Read further
When it comes to sightseeing, the Baths are often referred to as the most famous tourist attraction of the islands. Located on Virgin Gorda Island, the Baths are a collection of giant stones and rocks at the seaside that form numerous small caves. The caves can be flood with salt water sometimes, but there is no danger for tourists to visit them. The area near the Bath has been proclaimed a national park and it is usually quite crowded.
The Copper Mine National Park is another attraction of Virgin Gorda Island. Originally, this was a copper mine that was in action from 1838 to 1867. After that the mine was abandoned, but the infrastructure was left. Nowadays, visitors can see ruins of old chimney, cistern and mine shaft house. The view of the coastline from the mine is so impressive that it’s a great location for a picnic. Copyright www.orangesmile.com
State construction and political life of Virgin Islands British
The British Virgin Islands consists of 36 separate islands and belong to British overseas territories. The largest island is Tortola with an area of …
Read further
If you are more interested in secluded rest away from the crowd, Anegada Island may be the best choice. This is one of the least developed islands of the British Virgin Islands. Visitors will find there white sand beaches with turquoise water and almost no other travelers. If you seek nightlife, head to Tortola Island. The capital city, Road Town, is also located there. On the island, travelers will find numerous restaurants, night clubs, museums and botanic gardens, beautiful buildings and churches. 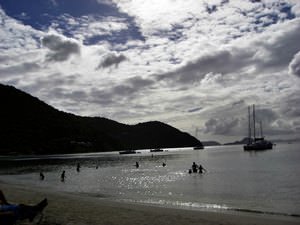 Travellers, who arrive to the islands on a yacht, will like Peter Island. The privately owned island welcomes visiting yachts and offer luxury hotel rooms and pristine tropical nature. If you read famous pirate novel Treasure Island by Robert Stevenson, you might be interested in visiting Norman Island. The island is uninhabited and can be reached by a water taxi. Despite that, one of the most famous bars of the islands, Willy T’s floating bar, is located there.
The soul of Virgin Islands British - religions and languages
As of today, the total population living on the territory of the British Virgin Islands comprises of more than 32,000 people. In view of the rather …
Read further
When visiting the capital of the country, apart from souvenir shopping don’t forget to visit Fort George and Fort Burt. These two forts were built during the colonial period and feature stunning views of the surroundings. 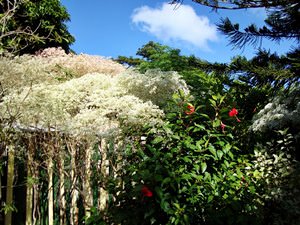 The first settlers in the islands were Indian tribes. They formed their settlements in the 1st century BC. They had been main owners of the archipelago until the 15th century but fell before belligerent Caribbean tribes. Christopher Columbus is considered as a discoverer of the Virgin Islands. His team boarded one of the archipelago islands in 1493. As the colonization began, indigenous tribes of islanders were almost slain.
Virgin Islands British economy - strengths, wealth and problems
To date, the economy of the British Virgin Islands has been recognized as the most stable and prosperous among all countries that are part of the …
Read further
Over several hundred years, large European countries were constantly fighting for the territory of the islands. The first colonial settlements on the island of Tortola were formed by the Dutch settlers in 1648. In 1672, the island was conquered by Great Britain and is still under it. In 1967, the islands gained a right to carry out self-governance but they officially remain a part of the British overseas territory. The archipelago includes 36 islands of different size and less than half is populated. The total area of the island country is almost 153 km2.

This article about iconic landmarks and sights of Virgin Islands British is protected by the copyright law. You can re-use the content, but only under the condition of placement of an active link to www.orangesmile.com.
Virgin Islands British guide chapters 1 2 3 4 5 6
Car rental on OrangeSmile.com

Tortola
Many vacationers will be charmed by eco tours, during which they can attend local national reserves and admire the beautiful local nature. Tortola is incredibly popular with lovebirds and newlyweds, so a significant part of the island’s hotels is targeted at this category of visitors. On demand, many hotels are glad to organize a romantic wedding ceremony. The choice of honeymoon options is also fantastic, so everyone will easily find something they like. Fans of rejuvenating treatments will … Read more