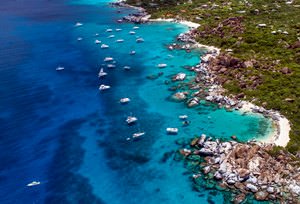 To date, the economy of the British Virgin Islands has been recognized as the most stable and prosperous among all countries that are part of the Caribbean. The main sectors that make a significant contribution to GDP are the tourism and financial sectors. The contribution of the tourism sector to national income is about 45%, and the one of the financial sector is 41%. The rest of the earnings come from agriculture and food industry. Most of the local population of the country is engaged in the tourism sector. An excellent asset for the development of this sphere of activity was the location of the islands and the presence of various cultural, historical and natural monuments on their territory.
Virgin Islands British sightseeing - top places to visit
Contrary to the American counterpart, the British Virgin Islands are less populated and less known among travelers. These islands are not cheap, but …
Read further
The most upscale and expensive hotels in the world are located here. The quality of their service is at a high level, although there are separate hotels that provide leisure for budget conscious tourists. Due to the fact that most of the small islands of the archipelago are not inhabited, it is a popular practice to rent these territorial units for recreation. According to the data of last year, more than one million tourists visited the country, mostly from the United States of America. The financial policy of the Virgin Islands plays an important role in this. In the early eighties, it was decided to organize an offshore zone, which makes it possible to register foreign companies fully confidentially.
Only by the beginning of the 21st century more than 400 thousand companies and organizations were registered in the country. Over time, the government decided to adopt quite useful laws on combined insurance, which attracted even more potential businessmen. Registration of their businesses began to take place even more actively. However, in recent years there has been a negative trend in the number of newly registered companies. In order to improve the banking and trust services that are offered within the offshore, the government has adopted a number of laws, the most recent of which dates back to 2007. The country provides licensing of offshore banking, registration of various companies, and trust funds. Also, in the BVI, a foreigner can freely open a bank, an insurance company, any private enterprise, offshore insurance companies, as well as segregated companies. In 2009, a bill was passed that provides for the restriction of opportunities for persons associated with Osama bin Laden. The agent registration form has also been improved. Copyright www.orangesmile.com
Best visiting periods - the climate of Virgin Islands British
British Virgin Islands are dominated by a tropical rainforest climate. Trade winds have a huge influence on the formation of climatic conditions on …
Read further
Agriculture in the country is represented mainly by sugar cane plantations, which is used for domestic needs. The fact is that the Virgin Islands are flourishing in the production of rum, which is exported to almost all countries of the world. In addition, they grow vegetables and fruits, and breed a small amount of poultry and livestock, focused on obtaining meat and dairy products. In the coastal regions with a rich underwater world, fishing is conducted all year round. The light industry and construction industry, including large enterprises for the production of concrete blocks, have also received development. The growth of industrial production facilities is about 3%. Today, the main sources of electricity in the country are fossil resources. The electricity consumption is about 40 million kilowatts per hour. Thus, the country can fully meet the needs of the domestic market. 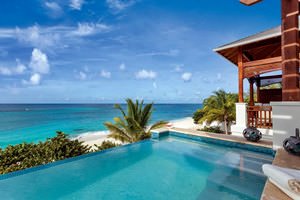 The main products that are exported are rum, fresh seafood and fish, and a variety of fruits. Due to the fact that most small islands from the archipelago are uninhabited, gravel and sand are extracted there and exported in large quantities abroad. The main export partners of the Virgin Islands are the United States of America and Puerto Rico. Import mainly includes building materials, food products, cars, and mechanized equipment. The main importers of the British Virgin Islands are the US Virgin Islands, the United States of America and Puerto Rico. To date, the country’s foreign debt is about $35 million. The main foreign exchange donor is America. GDP is about 313 million dollars, while GDP per capita is more than 16,000 dollars from GDP. The unemployment rate according to last year’s data is less than 2% of the number of the able-bodied population. The inflation rate is 4%.

Tortola
It is not accepted to bargain in shops, even small. But on the markets, on the contrary, people bargain and sellers expect it. If you want to buy local fruit, vegetables or popular souvenirs like magnets or t-shirts, it is better to look for shops away from the waterfront – where prices are much lower. All calculations here are made in US dollars. Bank cards are not accepted everywhere, so it is better to pay in cash. You can write tourist checks, but also in dollars, otherwise you will lose … Read more