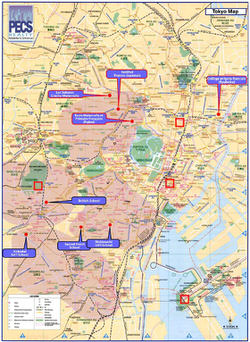 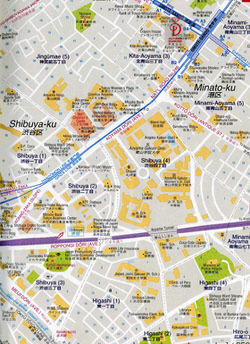 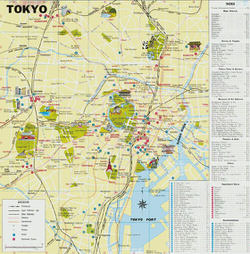 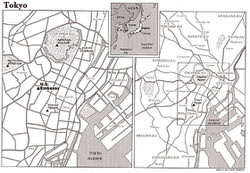 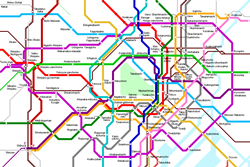 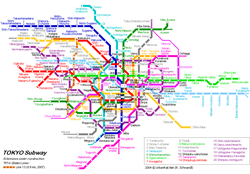 Interactive maps of hiking and biking routes around Tokyo

1. You can zoom in/out using your mouse wheel, as well as move the map of Tokyo with your mouse.
2. This interactive map presents two modes: 'Biking Routes' and 'Hiking Routes'. Use the '+' button on the map to switch between them.

This Tokyo map has two modes: 'Railway Network' and 'Landscape & Rural Map'. Use the '+' button on the map to navigate.

Our guide to Tokyo

Tokyo can be safely called one of the most famous cities in the world, along with New York, Paris, London and Hong Kong. Many tourists dream to visit the Japanese capital. If you are tired of usual excursions and desire to see something really special, then visit the Tsukiji Fish Market. Yes, you heard right! Tsukiji is not just a market; it's a gigantic food court with a great selection of the freshest seafood and … Open

Travelers, who prefer to stay at large hotels, will have a unique opportunity to stay in one of the largest hospitality complexes in the world - Shinagawa Prince Hotel. The complex consists of four magnificent skyscrapers - Executive Tower, Honkan, Bekkan and Shinkan, with the latter being the largest one. The grandiose hotel complex offers 3,697 guest rooms and includes 15 restaurants and bars that offer different … Open

Weekend in Tokyo in original style

If you are ready to wake up really early, Tsukiji Fish Market is a place to visit. Every morning, fish sales take place from 5 to 7 a.m. on the largest fish market in the city. Famous chefs and locals come to Tsukiji to buy freshest and finest fish and seafood. It’s incredibly interesting to watch how the sales happen. When all exclusive harvesting is sold, make a walk in the market and purchase exotic … Open

Festivals and events in Tokyo

Perhaps, the most interesting traditional holiday is the Sanja Matsuri or the Sanja Festival, which clearly shows how to combine a fun carnival procession and a religious ritual in harmony. This is a temple festival, held annually from Friday to Sunday of the third week of May. The festival begins on Friday afternoon with the Daigioretsu parade. A large procession of priests, city officials, geishas, musicians, and … Open

The luxurious Hotel Nikko Tokyo is also incredibly popular with couples. The design of this hotel is reminiscent of a fabulous palace. Spacious hall with a high ceiling and columns, luxuriously decorated restaurants, an elite bar with a great choice of sparkling wine, and guest rooms with eye-catching romantic design – this hotel has everything needed for a comfortable stay together. There is an indoor swimming … Open

6. You should be especially careful when crossing streets in Tokyo since here is established left driving. 7. Local restaurants are a wonderful place where you can order various delicacies at very low prices. Many seafood types, which are considered exotic in European restaurants, are a daily meal in Tokyo. 5. Tips to waiters, taxi drivers and hotel employees are not accepted in Tokyo. … Open