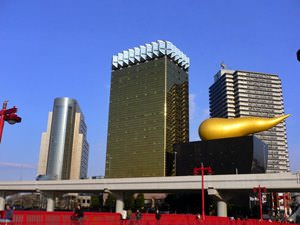 Tokyo never ceases to conquer travelers with its unique attractions. A trip to the Asakusa district will help you to get acquainted with old traditions, see beautiful historic buildings and visit amazing souvenir shops. The beautiful church dedicated to Canon is considered the most famous attraction of this place. The church was built in 628. The building of the temple was destroyed and rebuilt several times. Currently visitors can see the temple, which was built in the early 17th century.
Cuisine of Tokyo for gourmet with top restaurants and cafe
Japanese cuisine is not distinguished by widest choice of complex recipes. Seafood remains the favorite delicacy of local residents. Clams, trepang, crabs and seaweed - for Europeans these …

Open
Among the modern architecture sights we should definitely mention City Hall, which is located near the main railway station. Beautiful white skyscraper surrounded by rich green plants looks very impressive. Among the natural attractions of Tokyo we should definitely mention the famous Rikugien Park. A superb man-made lake with numerous small islands, beautiful trees and fragrant flower beds - this place is simply the best choice for a relaxing holiday in nature.
Tokyo is home to a huge number of religious sites. An excursion to Yasukuni Shrine is very popular among tourists. The shrine was built relatively not long ago - in 1869, but already won recognition among travelers. You will also find a beautiful cherry orchard near the temple, which is also a popular object of excursions. Copyright www.orangesmile.com
Authentic traditions, festivals and lifestyle of Tokyo inhabitants
The indigenous people of Tokyo have accustomed to foreigners long ago. They are very polite and courteous. Only older people and children can be ashamed of tourists, but this is only the …

Open
It is impossible to imagine an acquaintance with the capital of Japan, without visiting one of its main permanent symbols. The Imperial Palace is simply a blessing for tourists who prefer to admire the gorgeous views of luxurious palaces and gardens. Despite the fact that the palace is located next to state institutions, it does not in the least violate the integrity of the composition of the building. The palace is fashioned in the traditional Japanese style. Be aware, that tourists are not allowed into the territory of the palace, as it is the current residence of the emperor. However, you can visit the gardens after the New Year celebration or on the Emperor’s Birthday. 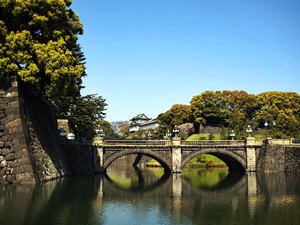 Another building considered notable from an architectural point of view is the so-called “Narrow House”. This house was built based on the project of the architect Kota Mizuishi. The building came into existence, as a result of the desire to economize space. You can encounter such houses in the Suginami area. There is another district – Yanaka – which is famous for its originality. The fact is that, this is practically the only place in the capital of Japan that survived both the earthquake of 1923 and the tragic events of the Second World War. Ryunosuke Akutagawa’s hometown today acquired a futuristic look, but it was decided not to renovate the Yanaka district. This is why there is a possibility to discover the real “soul” of old Tokyo. You might find it hard to believe that next this busy city there can be such a miracle – an oasis of calm and peace.
Your active city break in Tokyo. Attractions, recreation and entertainment - best places to spend your day and night here
When night comes to the city, Tokyo starts flashing with neon signs. The city is truly rich in various night time entertainments. The most popular bars and nightclubs are located in the …

Open
One of the first associations that come to mind at the mention of Tokyo is of course, bonsai. Consequently, you can visit a museum dedicated to this particular art in the capital of Japan. The museum is a private collection of Reiji Takagi, established in “Meiko Shokai”. By the way, there is a magnificent garden with a pond on the roof of the building – another interesting place in Yoko Ono’s hometown. You can find an interesting museum in the ​​Minato region, where the Meguro Parasitological Museum is located. Fans of “Alien” and “Dunes” will be simply over the moon by the opportunity to visit this place. The most significant “artifact” of the museum can be considered to be a worm, whose length reaches about 8 meters 80 centimeters. In total, there are 45,000 exhibits collected in the museum. For those who do not like this kind of creatures, please note that the museum’s exhibits are not alive. 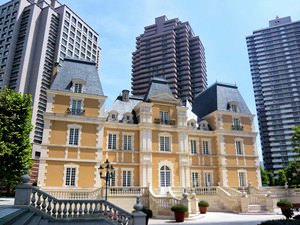 In 2002, the Advertising Museum was opened. Among its exhibits are samples of advertising (there are more than 150,000 copies). It is worth mentioning that the so-called “ancient” advertisement is also presented here – after all, it has existed for a long time, this is not an innovation of the 20th century. The museum is divided into several sections depending on the era. You will find it fascinating to visit the Samurai Museum too, where there are many amusing exhibitions, and all this is so visitors can better understand the culture of Japan. Also in the hometown of Akira Kurosawa there is Madame Tussauds Museum, where you can make out figures of celebrities like Michael Jackson, Steve Jobs, Angelina Jolie, Brad Pitt, Marilyn Monroe, and Tom Cruise.

In the section below, you can get one of our excursion, activities or city discovery tours over Tokyo and surroundings. Our website offers 10-30% lower ticket prices, when compared to the offline purchase on the spot.

Plan your own excursion through Tokyo: churches, museums and castles 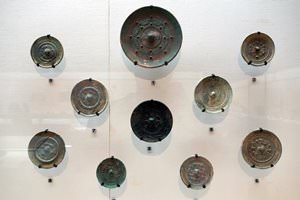 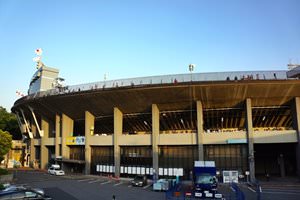 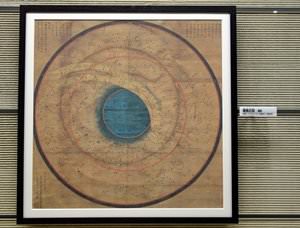 What to visit during two-day excursion in Tokyo

Public palaces near Tokyo
♥   Palace 'Imperial Palace' , 1 km from the center. On the map 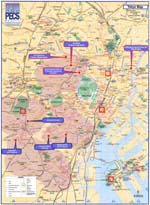 Photogallery of cultural heritage of Tokyo

Excursions over cultural sights of neighbours of Tokyo

Kanagawa
Kanagawa is one of the most modern and economically developed prefectures in Japan. Besides breathtaking natural landscapes, the region is home to many interesting cultural landmarks. The ancient city of Kamakura is an important landmark of not only the region but also the country in general. This is a must-visit destination for everyone interested in Buddhism and Shintoism ... Open »
Nagano
Due to the abundance of ancient Buddhist temples, Nagano has remained one of the major religious centers in Japan for many centuries. One of the most famous religious and tourist sites is Zenkoji Temple, which keeps a unique Buddhist relic - a Buddha image created in the 6th century. This Buddhist treasure is publicly displayed once every six years, and for the rest of the ... Open »
Niigata
An equally interesting object is the old Sasagawa Mansion dating back to the second half of the 16th century. It is a large-scale architectural complex covering an area of about 14,000 square meters. Over the centuries, not only the main building of the house but also a number of outbuildings, including a warehouse and ten more buildings for various purposes, have been ... Open »
Nagoya
One of the main peculiarities of Nagoya is a variety of marvelous parks and squares. The Higashiyama Park is among the most interesting places here. The park covers quite a large territory and is conditionally divided into several zones. Here, you can find an exciting amusement park, a small zoological garden and an interesting botanical garden with a rich collection of ... Open »
Kyoto
The Golden Pavilion is considered to be perhaps the most famous monument of architecture. Incredibly beautiful three-story building was erected in the late 14th century. Walls of the pavilion are covered with gold foil that gave the name to the construction. Today, it is considered to be a true epitome of luxury; inner hall of the pavilion is also distinguished by the ... Open »
Osaka
A majestic garden with a pond is located on the premises of the temple. The pond is home to turtles. This marvelous nook of nature bears a symbolic meaning of Buddhist paradise. The main symbol of the city is the Osaka Castle. This is the largest fortifying construction on the territory of the country. The castle was built in the 16th century. Since that time its building has ... Open »

Culture guide to Tokyo. Which fascinating sights to visit once you are in Tokyo: temples, churches, museums, theaters and castles. Recommendations (with addresses, phone numbers and links) on the places 'must visit' in Tokyo. Plan your own city excursion by using this page info!