Fun and festivities in Taiwan - celebrations, festivals and cultural events 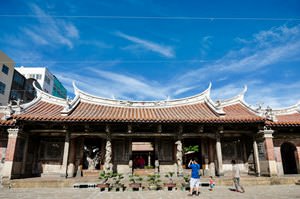 The Taiwanese culture is multifaceted and diverse, and is reflected in traditional holidays and festivals. One of the most significant events is the Lunar New Year. It is believed that with its arrival, winter gives way to spring. For tourists, this time is marked by endless queues at shops and street booths. The Lunar New Year is usually celebrated with “the family” so many Taiwanese take a vacation and visit their relatives. As a result of this, the transportation system is also jam-packed. On the first day of the holiday there is a tradition of burning candles, frankincense, and improvised money. Thus the people of Taiwan pay tribute to the souls of their deceased relatives, wishing them wealth and a bright path in the next world. For this purpose colorful fireworks are organized, which draws thousands of spectators annually.
Taiwan sightseeing - top places to visit
A small island located between Japan, China and the Philippines, Taiwan is a modern megalopolis and a rapidly developing country. Many know Taiwan …
Read further
Another national holiday is Qingming, also known as Pure Brightness. On this day, Taiwanese visit the graves of their ancestors in order to honor their memory. Afterwards, they gather in a family circle at a table with the traditional dish “Dan Bing”. The dish is reminiscent of thin pancakes stuffed with vegetables, meat, or seafood. The holiday symbolizes the arrival of warmth and is popular among tourists. Zhong-yuan, in other words Ghost Month, relates to the custom of commemorating the ancestors. In the middle of the seventh lunar month, it is believed that the gates from the afterlife are opened and the souls of the dead enter the world of the living. On a certain day, a “poodoo” ceremony is held, during which the spirits are invited to taste the ritual treats prepared for them. On the last day of the lunar month, the deity Zhong-kui calls the souls of the deceased back to the afterlife, and the people of Taiwan illuminate their way with lanterns launched on the water.
One of the main national events is the festival “Double Ten”, which is associated with the celebration of the triumph of the Republic of China as a result of the overthrow of the Manchu Qing dynasty. On this day, the national flag is hoisted over the Presidential Palace and the national anthem is performed, followed by a solemn parade. At the end of the day, Taiwanese and guests of the island will be offered to enjoy really amazing fireworks. Another important national holiday is the Confucius’ Birthday, which is celebrated at the end of September. This great event is celebrated in the Kaohsiung Temple of Confucius. Everyone who wishes to be present at the celebration gathers in the inner courtyard of the temple. Within one and a half hours, a special collective holds a ritual ceremony which is concluded with the summoning of the spirit of Confucius, as well as with meals and dances. Copyright www.orangesmile.com
National cuisine of Taiwan - specialties, recipes and restaurants
Taiwan is a small island whose cuisine was formed at the intersection of the culinary traditions of China and Thailand. Being developed in isolation …
Read further
Taiwan has its own analogs of some Western holidays, which are distinguished by a special Taiwanese flavor. One of them is the Day of Love, which is celebrated on the island at the beginning of the seventh lunar month. On this day, young Taiwanese give to their beloved a traditional gift – an egg with bean sprout. A girl upon receiving hers is supposed to put the gift in the water and wait until a green sprout pops up from the egg. The sprout has a bean on which a declaration of love is burnt with a laser. The holiday is connected with the beautiful love story of the poor shepherd Nyulana and the heavenly weaver Jin-Yu who are separated by deities, and meet every year on the seventh day of the seventh lunar month. Nowadays, some dishes containing natural aphrodisiacs are in great demand. Among those aphrodisiacs you can find the secret of musk glands of animals, powder from lizard skin, and even snake blood. 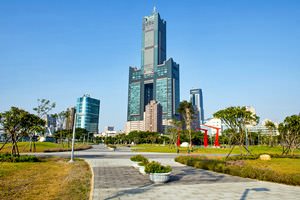 Of interest to tourists are original Taiwanese festivals. At the Lantern Festival, the inhabitants of the island launch thousands of lighted lamps into the night sky, accompanying the spectacular event by making wishes. The lanterns are decorated with hieroglyphs, signifying happiness, love, and good wishes. It is believed, that the desire of any person whose flashlight completely disappeared from sight, will definitely come true. The annual dragon boat festival brings together everyone who wants to take part in a ride in colorful boats with a curved nose. During the ride, you can try a special festival treat – rice dumplings in bamboo leaves. In the port community of Donggang, there is a regular Bluefin Tuna Cultural Festival; the local commercial fish. As part of the event, tourists are offered a variety of dishes made from this delicacy.
National traditions and mentality of people in Taiwan
The mentality of the Taiwanese for centuries was formed in the conditions of rice cultivation under the influence of traditional Confucian education, …
Read further
Hengchun Peninsula in the south of Taiwan is the venue for the “Peninsula Arts Festival”, which attracts artists from around the world. Within a few days, each artist must draw at least two pictures depicting the city of Pingtung. In such a way, the authorities try to raise awareness about the city and attract tourists to it. The famous Mid-Autumn Festival was borrowed from China by the Taiwanese. This romantic event is connected with the tradition of inviting lovers to walks under the stars, friendly tea parties, and reciting poetry in the evenings. On the day of the festival, the city is decorated with bright light garlands, and poets compete in the art of versification. The rest of Taiwan takes part in competitions to create the most beautiful paper lantern.

This article about national fests and celebrations of Taiwan is protected by the copyright law. You can re-use the content, but only under the condition of placement of an active link to www.orangesmile.com.
Taiwan guide chapters 1 2 3 4 5 6 7 8 9 10 11

Attractions and entertainment in top cities of Taiwan

Taipei
Travelers who prefer spending time in picturesque places should not ignore wonderful Shilin Guandi Park presenting a unique collection of rare trees and flowers. Next to each of the plants are information plates, which makes a walk in the park even more interesting. In the summer, the park is always decorated with original landscape compositions and sculptures of fresh flowers. In search of unique natural attractions, many travelers visit the outskirts of Taipei, namely the picturesque village … Read more

Map of fun in Taiwan