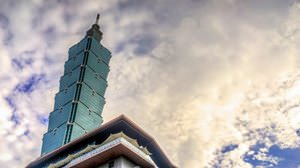 Taiwan is a small island whose cuisine was formed at the intersection of the culinary traditions of China and Thailand. Being developed in isolation from the continent for a long time, it is rightfully considered to be the standard of traditional cuisine of the Celestial Empire. Today, some Taiwanese still remember the ancient Chinese recipes which have long been abandoned by the Chinese themselves. Also common in Taiwan are modern Chinese cuisine which have been brought in by immigrants. The basis of majority of the dishes of Taiwanese cuisine consists of rice, soy, Chinese sorghum (kaoliang), corn, and millet. Porridges are mostly prepared from them. This can be eaten together with bread or a garnish. Also deserving some attention is soy, which often replaces meat products on the Taiwan table. Among soya products you can find soya oil and milk, fermented pasta made out of soybeans, popular tofu cheese, and a great variety of sauces.
Unique sights of Taiwan from our series 'Extreme places on Earth'
These spots really worth the attention of a real traveler-researcher. …
Read further
Taiwanese people love food from dough: over a dozen kinds of noodles, “showshiake” buns, steam buns “mantou”, and “baozi”, “wontons”, and food in batter. Among the traditional appetizers of Taiwanese cuisine are; rice porridge with fried blood, radish omelet, “marble” eggs (the most popular appetizer from eggs pickled in tea and soy sauce), dumplings from rice – “zongzi” in bamboo leaves, salad from pickled cucumbers. An important place in the cuisine of Taiwan is occupied by vegetables. They are eaten as a garnish together with various dishes. Vegetables are prepared either by being salted, marinated in soy sauce, fermented, or dried. Especially popular are the young bamboo shoots, which are boiled and served as an appetizer. There are also different varieties of cabbage and radishes, sweet potatoes, green beans, spinach, Welsh onion, and lots of exotic vegetables and herbs that are not found outside the island.
The island’s location explains the dominant role of fish and seafood in Taiwan’s national cuisine. Oysters are especially honored. Taiwanese soups (sharp “sian” with fish, or shark fin soup), roasted meat from crabs and mushrooms, fried eels with pepper sauce, or shrimp with cashew nuts, salad with jellyfish, omelets with seafood, are also worthy of attention. The most popular types of meat in Taiwan are chicken and pork. Also worth trying are; the famous Taiwanese beef steak with a garnish from noodles and vegetables, pork in sour-sweet sauce, chicken “gung bao” or “sanpeiji” with three sauces, fried noodles “chow-mein” with meat, meat dumplings “zheng-jiao” with vegetables, balls from rice and bacon “Lu Rou Fan” with soy sauce. The Taiwanese cuisine uses a lot of unusual ingredients like frog and snake meat, insects or algae. Copyright www.orangesmile.com
Taiwan sightseeing - top places to visit
A small island located between Japan, China and the Philippines, Taiwan is a modern megalopolis and a rapidly developing country. Many know Taiwan …
Read further
Vodka is one of the traditional beverages in Taiwan. It is produced using different ingredients which give it a specific flavor and smell. Also popular is beer from rice or millet, rice wine “Shaoxing”. The favorite non-alcoholic drink of Taiwanese is green tea, searing, and almost not sweet. The National pride of Taiwan is tea with bubbles or “pearl” tea. It is brewed from black, green, or jasmine tea with the addition of milk, sugar, and tapioca balls (cassava starch), after which it is let set for half an hour. Sometimes, fruit juice and ice cubes are added to the drink. Today in Taiwan, you can see bars where they sell tea at every corner. It is drunk from plastic cups with a lid, through special wide tubes. 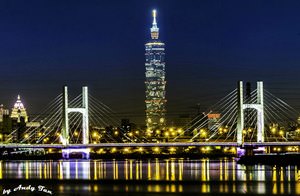 Bubble tea is something that you should definitely try when you are in Taiwan. Other dishes worth trying are rice with pork forcemeat, local ravioli, noodles in beef broth, fried fuchsozu, steam sandwiches with meat and vegetables, rice pie with crab meat, and dessert made of crushed ice. Those wishing to get acquainted with the authentic Taiwanese cuisine should go to the Dadaocheng region in Taipei, where it is possible to taste red fermented meat, and soup with four herbs or steam rolls. An important part of Taiwanese culture is the night markets which offer the best street food like pork liver soup, rich meat broths with herbs, crispy chicken in sweet sauce, omelet with seafood, fried noodles, tofu pudding and sweet potato donuts. In addition to the usual cafes and regular restaurants, noodles restaurants are widespread.
National traditions and mentality of people in Taiwan
The mentality of the Taiwanese for centuries was formed in the conditions of rice cultivation under the influence of traditional Confucian education, …
Read further
One of Taipei’s attractions is the “Din Tai Fong” restaurant chain in the famous “Taipei 101” skyscraper. Whilst watching the chefs at work in the glassed-in kitchen, you can enjoy different kinds of Taiwanese dumplings – “xiaolunbao” with pork, “dimsams” with seafood and spinach, as well as a traditional dessert – sweet rice with dried fruits. While trying dishes of Taiwanese cuisine, it is worth paying attention to the use of spices. The usual curry or soy sauce in Taiwan can differ significantly from its western variants. Most dishes are cooked on light rice wine, which is used for cooking and frying food products, and also as a basis for sauces. Tips in Taiwan catering establishments are usually included in the bill, so no additional encouragement is required.

This article about national cuisine of Taiwan is protected by the copyright law. You can re-use the content, but only under the condition of placement of an active link to www.orangesmile.com.
Taiwan guide chapters 1 2 3 4 5 6 7 8 9 10 11