Family holidays with children in Taiwan - attractions and entertainment 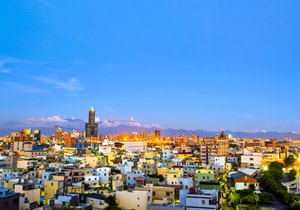 Traveling to Taiwan is a great opportunity to spend a vacation together with children. The unique nature, original culture of the island, the abundance of interesting places, and entertainment, will make the trip an unforgettable one, and will present a plethora of ​​vivid impressions. One of the centers of children’s recreation is Taipei, offering many options for amusement. Young lovers of animals from around the world are invited to Taipei Zoo – the largest in Taiwan. During the walk through its territory, children can get acquainted with the symbol of the zoo – nice pandas. They will also have the opportunity to see Himalayan bears, Camels, Elephants, Rhinoceroses, Kangaroos, unusual Pangolins, Fishes, and other representatives of the world fauna. No less remarkable is the Hsinchu Zoo, home to Hippos, rare Bengal tigers, and more than twenty species of protected animals.
Taiwan sightseeing - top places to visit
A small island located between Japan, China and the Philippines, Taiwan is a modern megalopolis and a rapidly developing country. Many know Taiwan …
Read further
On the Hsinchu ecological farm “Green World”, children will be greeted by colorful Parrots from Africa and South America, giant snakes, and predatory lizards. Here also, young guests can admire the beautiful flamingos, or take a look at funny monkeys playing in a special aviary. Exotic fishes and turtles can also be seen swimming in aquariums. On the farm, there are several species of cacti and tropical plants. Children interested in the underwater world will certainly enjoy the National Museum of Marine Biology and Aquarium, Pingtung County. The museum is a huge aquarium, where you will find different marine animals that inhabit the waters of Taiwan and the World Ocean. A separate exhibition is dedicated to amazing corals. The museum complex includes an outdoor Water Park with an 80-meter underwater tunnel.
Near the Capital is the most popular Amusement Park in Taiwan, “Formosa Aboriginal Culture Village”, where ideal conditions for family holidays, and acquaintance with the culture of the islanders have been created. At the entrance to the Park, there are animators entertaining visitors with songs and dances of the indigenous people of Taiwan. Children will want to try out a variety of carousels and extreme attractions. Those who consider themselves daring are invited to make a dizzying flight in a hot air balloon, or an exciting ride on a cable car. Another popular Entertainment Park is the Taipei “Miramar”, which occupies part of the shopping center “Dazhi”. In it, children can visit the IMAX-cinema with the largest screen in Asia, or ride a Ferris wheel on the roof of a tall building. Also in the park, there are three game rooms with animators for preschoolers. The complex unites numerous attractions: from trampolines and inflatable slides, to halls with video games. Copyright www.orangesmile.com
National cuisine of Taiwan - specialties, recipes and restaurants
Taiwan is a small island whose cuisine was formed at the intersection of the culinary traditions of China and Thailand. Being developed in isolation …
Read further
In Hsinchu is situated a unique Safari Park “Leefoo Village”. It includes four thematic zones. In the part devoted to the African safari, there is a zoo with wild animals from Africa, which you can watch from the window of a moving locomotive. The Zone of the Wild West recreates the atmosphere of a 19th century mining town lost in the Arizona wilderness. In the “Arabian Palace”, children will have the opportunity of meeting their favorite characters from oriental tales: Aladdin, Ali Baba, Sultans, Bandits, and many others. The “South Pacific Ocean Zone” offers young visitors such opportunities as going in search of treasures, becoming the Captain of a ship, or ride on a catamaran. The highlight of the Theme Park “E-YES Theme” in Kaohsiung City is where colorful carnivals and enchanting water shows are regularly held. Children can witness a volcanic eruption, or admire the panorama of the city from the top of the tallest Ferris wheel in Taiwan. 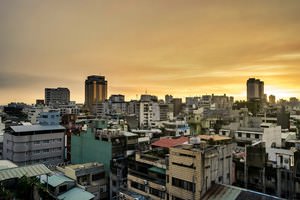 In Changzhou, it is worth paying a visit to the amazing “Dinosaur Park” in which the island of dinosaurs with giant figures of prehistoric lizards, hot springs, picturesque gardens for family walks, Water Park, jungle gyms, and educational exhibitions are located. Children can climb trees, hunt dinosaurs in the forest, overcome obstacles, survive the adventure in the mountains, or ride on a rope. The Park often hosts theatrical performances and parades. Park “Farglory Ocean” located in the city of Yilan, is the largest marine entertainment complex on the island. This Park is sure to stir a lot of positive emotions in the children with the show of dolphins and sea lions which is conducted for their pleasure. The kids are also allowed to pat the animals after the performance. In a separate area are put together fascinating water attractions.
National traditions and mentality of people in Taiwan
The mentality of the Taiwanese for centuries was formed in the conditions of rice cultivation under the influence of traditional Confucian education, …
Read further
One of the largest water parks in Taiwan is the “Lihpao Land Mala Bay” in Taichung City. It unites six sites, differing in themes and range of entertainment. In the zone of “Discovery World” children are offered exciting water adventures. In “Adventure Paradise” are situated two mind-blowing “Super Flume” slides (fun family entertainment with an exciting fall with a lot of splashes). In the “Enchanted Forest”, there is an incredible attraction “River Raft Ride”, which offers children accompanied by their parents, to make a safe rafting along the raging river. An unpredictable ride through waterfalls, rapids, and whirlpools has every chance to become one of the best memories for any child.

This article about vactions in Taiwan with children is protected by the copyright law. You can re-use the content, but only under the condition of placement of an active link to www.orangesmile.com.
Taiwan guide chapters 1 2 3 4 5 6 7 8 9 10 11

Zoos and gardens in Taiwan
♥   Zoo 'Feng-Hung-Ku Bird Park' . On the map

Aquariums in Taiwan
♥   Aquarium 'National Museum of Marine Biology' . On the map