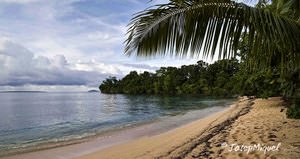 There is an ethnic group of people, called Toraja, leaving on the Sulawesi Island. Their funeral rites haven’t changed since ancient times, despite the efforts of the missionaries. Do you like unusual things and you have strong nerves? Then, for sure, try to find time to visit one of the settlements. But if you travel with kids or if you adhere to certain religious precepts than think twice before going there. The things you see may shock and disgust you. The thing is, dead Tarajan people stay with their alive relatives for a couple of years. The period of time can be different – from a couple of months to years. It is totally normal here to have a corpse of your grandfather or grandmother in the house.
Cuisine of Sulawesi Island for gourmet with top restaurants and cafe
There are a couple of nationalities living in Sulawesi, so the gastronomic nuances differ from village to village. The first thing to do before the trip is to decide, how extreme your …

Open
Alive people treat the dead ones, as if they didn’t pass away, but are just sleeping. They bring them food and water, and a newspaper. They even leave a chamber pot. It is natural here to talk, greet and say goodbye to those, who are already dead. A body, filled with formaldehyde, stays in a translucent coffin in a house, where he lived before. There are two reasons for that: first, there is an unwillingness to let deceased go, until the grief goes down. The deceased is considered to be ill or asleep until the funeral. The second reason is that memorial services are expensive here. According to the Torajas’ beliefs, the soul of a dead person is brought to the best part of the afterlife by buffalos. Therefore, the more animals go with him, the better. That’s why, all their life most of the Torajan people save money for the funeral, their relatives organize for them.
By the way, the funeral itself is more like a party. All the traditional actions are accompanied by dancing and singing and the final accord is buffalos’ sacrificing. If you think that at this point a family says goodbye to its relative, you are wrong. As if specially for the tourists, who want to titillate themselves, the Torajan people perform a Manene ritual once in three years. Generally, it can be classified as a “festival of the dead”. Yes, that’s right. During this feast, they get their dead relatives from coffins – they are buried not in the ground, but in the natural or artificially created caves, change their clothes, wash them and take for a walk. For Toraja, the world of the dead is right next to the world of the living, and the ritual just emphasizes the respect for those, who passed away. Copyright www.orangesmile.com
Excursion over cultural sights of Sulawesi Island - 'must visit' points of interest
If you like exotic things, visit the Torajaland. Here you will see the surprisingly shaped houses of the local people, which were built, using the same technologies, their ancestors had, and …

Open
Also, there are some mass graves around the island, where you can see rows of human-sized dolls. The locals have two answers for what the dolls represent. Some believe that those are the members of the ancient ruling clan. The others think that the dolls are made for those, who sacrificed more than 30 buffalos at a funeral. In a virgin forest, you will find traditional for Sulawesi thing – high coffins. Not all the ethnic groups bury the dead the way the Torajan people do, but they prefer to leave newborn babies, who are younger than one year old, in a tree trunk. The locals believe that will give a mother the strength to give birth to another baby. Until recently, the coffins had been left on the branches. 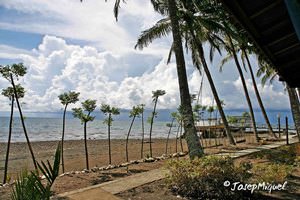 It should be mentioned, that people from Sulawesi are cheerful and open. It is not common here to lock the house and if the owners are not home, their guests can make themselves comfortable in a living room. An interesting fact – the local people have two types of wedding: Ngerorod and Mepadik. In the first case, the groom literally steals the bride, and the honeymoon comes before the ceremony. This is typical for a low-income segment of the population. The second option is more common – after the courtship follows a complicated and expensive ceremony. This variant is preferred by the local elite. There are not many tourists here, so nobody will try to trick or overcharge you. Being quite far from the touristic paths, not many locals know English, and all the more or less good hotels are expensive. One thing to remember – there is some tension on Sulawesi between the representatives of different confessions, so be careful with any religious comments.

This guide to traditions and festivals in Sulawesi Island is protected by the copyright law. You can re-publish this content with mandatory attribution: direct and active hyperlink to www.orangesmile.com.
Sulawesi Island - guide chapters 1 2 3 4 5 6 7 8 9

City tours, excursions and tickets in Sulawesi Island and surroundings

Despite the fact that most of the inhabitants profess Islam, pagan traditions exist here. Some pagan traditions are quite shocking. For example, relatives are removed from their graves in the rocks every three years in the province of South Sulawesi to dress them in a new outfit. The unique microclimate of rock tombs contributes to the fact that the bodies are mummified and look quite decent. The honor is paid to the dead in this way. Local residents walk with relatives for a while before returning them to their place after changing clothes. … Open 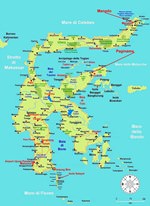 Colors of Sulawesi Island in photos

Traditions and festivals in cities around Sulawesi Island

Kalimantan Island
The main landmark of Kalimantan is not the jungles or rare animals and plants. Here, as they did thousands of years ago, local inhabitants of the island – the Dayaks, live in practically primordial conditions. The aborigines themselves don’t like this word, as in Malaysian it means “savage”. However, until quite recently, the Dayaks tribes were bloodthirsty, and that ... Open »
Lombok Island
As anywhere else in Indonesia, in Lombok it is forbidden to smoke in public places. If you get caught by police, you will have to pay a big penalty. On the whole, the locals are quite loyal towards the tourists but be sure, if they can sell something for even more money, they will make every effort to get maximum profit. This especially concerns taxi drivers, boatmen, and hotel ... Open »
Bali
The majority of residents of Bali are Muslim, so they follow numerous religious customs and traditions. Travellers should also respect the established local way of life in order not to look rude and not to cause any confusion among the local population. Thus, the local women are prohibited from wearing revealing clothes and too catchy outfits of bright colors. Tourists should ... Open »
Denpasar
One of the main distinguishing features of the modern city is heavy traffic. One can travel around its territory by car freely only at night because in the daytime the traffic literally stops. That is why many travelers prefer to walk on foot, slowly exploring picturesque streets. An interesting form of local transport is horse-drawn dogcarts, by which you reach any part ... Open »
Surabaya
For example, locals consider touching the head to be one of the greatest insults. This rule of conduct is related to people of all ages, so don’t pet children in a way that may be common in many other countries. According to local tradition, the left hand is considered wicked, so all the important steps and gestures have to be made with the right hand. It is prohibited to ... Open »
Java
Despite dramatic changes that have occurred to the island during last hundred years, thriving national crafts are still there. Java produces great arm blanche, which is appreciated by collectors and hunters from around the world. There are also craftsmen who make incredibly beautiful items of precious metals; Javanese art and jewelry is handed down from generation to ... Open »

Cityguide on traditions, mentality and lifestyle of people in Sulawesi Island. Learn the best periods to visit Sulawesi Island to discover its soul - authentic festivals, events and celebrations. We will also reveal the interesting habits, attitude towards the world and to tourists in Sulawesi Island.