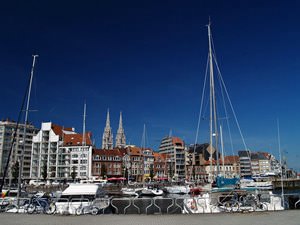 The picturesque seaside town serves as a permanent venue for many interesting festivals dedicated to various areas of local culture and contemporary art. One of the locals' favorite annual holidays is the Beer Festival taking place in late summer. Locals consider beer to be their main national drink. Some varieties of the foamy drink have been brewed at local factories for hundreds of years. The Beer Festival is participated by Belgium's 30 best breweries presenting over 150 beers to the audience.
Excursion over cultural sights of Oostende - 'must visit' points of interest
Oostende is a town on the sea of an ultimate beauty. It has gained the recognition and passionate love of tourists for plenty of interesting landmarks and sights as well as for a vast choice …

Open
Such a large-scale event always attracts many foreign guests. Its main part is tastings of various types of craft beers. Street stalls are set up right on the territory of city parks and squares. At each one, visitors can taste the beer of a certain brand. Along with beer tents, they open open-air cafes serving the most popular regional dishes and traditional beer snacks. Within the framework of the Beer Festival, Ostend holds a variety of entertainment programs, open-air concerts, folk group performances, and themed tours of the region's historic breweries.
One of the most unusual holidays in Ostend's cultural calendar is the Sand Sculpture Festival. The main venues for this festival are city beaches, which are actively supplied with sand before the big day. Talented artists and sculptors use it to create amazingly beautiful sand figures. The theme of the festival changes from year to year. Every year, more than forty artists come here from all over the world to take part in the festival. Copyright www.orangesmile.com
Your active city break in Oostende. Attractions, recreation and entertainment - best places to spend your day and night here
Oostende is an established place for rest and recreation of high officials. The resort town features plenty of entertaining establishments and amusement destinations of various sorts. The …

Open
During the event period, they manage to create more than 150 sculptures. The main city beach turns into an open-air art gallery in a just few days. Guests of the city can admire the incredible sculptures for free, as well as take great memorable pictures against the background of sandy structures. Some figures reach a height of over 5 meters. About 7,000 tons of sand are brought to Ostend Beach annually to create sand compositions. This festival usually starts in the second half of summer and lasts until September. The area of 10,000 square meters is reserved on the coast for the festival. 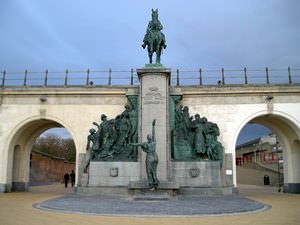 August is one of the most eventful months of the year, and the Sand Sculpting Competition falls on August too. In the last week of August, Ostend hosts the traditional Fireworks Festival, which in recent years has attracted pyrotechnics from many foreign countries. Travelers who visit the city in August will have the opportunity to watch the Retro Car Parade. It passes along the central city streets, after which participants park their rare cars in the main square allowing spectators to see them in all their glory.
Advices to travellers: what you should know while being in Oostende
1. The best season for visiting the resort town of Oostende is considered to be the period from the beginning of June till the beginning of September. This period in Oostende features great …

Open
Ostend is also a great destination for fans of sports. In summer it holds annual beach volleyball competitions on the coast, as well as triathlon championships. The Christmas and New Year holidays promise to be no less exciting. In Ostend, traditional entertainment programs usually start a month before Christmas. In early December, lanterns and garlands, colorful fairs full of souvenirs and popular treats appear in the streets and squares. 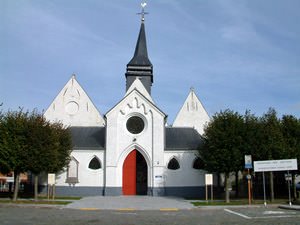 For locals, Christmas is a traditional family holiday, which should be celebrated at home with the observance of beautiful historical traditions. The New Year's celebration is taken less seriously, most of the citizens prefer to spend the first minutes of the coming year in the streets, in the company of friends and relatives. On the occasion of the winter holidays, beautiful firework displays and street performances, as well as gastronomic events, are also organized in Ostend.
Extraordinary weekend in Oostende - unusual places, services and attractions for travel gourmet
…

Open
Easter is celebrated on an equally large scale. Since the majority of the city's population is very religious and keeps a fast, Easter is always accompanied by lush gastronomic celebrations. Shopping stalls open right on city streets and squares to sell popular regional dishes and the best local delicacies. On Easter, Ostend holds colorful street processions and parades, fun competitions, and children's entertainment activities.

This guide to traditions and festivals in Oostende is protected by the copyright law. You can re-publish this content with mandatory attribution: direct and active hyperlink to www.orangesmile.com.
Oostende - guide chapters 1 2 3 4 5 6 7 8 9

♥   Sint-Salvators- en Donaaskathedraal, Brugge, 21.3 km from the center. On the map

♥   Basilique-Cathédrale Notre-Dame de la Treille, Lille, 64.9 km from the center. On the map

♥   Basilique Notre-Dame des Miracles, Saint-Omer, 69.9 km from the center. On the map

♥   Cathédrale Notre-Dame de Tournai, Tournai / Doornik, 75.5 km from the center. On the map

Survived castles around Oostende
♥   Castle 'Wijnendale Castle' , 18.3 km from the center. On the map

Colors of Oostende in photos

Traditions and festivals in cities around Oostende

Brugge
An important religious holiday called Day of the Holy Blood is celebrated annually in Bruges. The celebration does not have the exact date and depends on what day Easter is celebrated this year. It is believed that local residents started celebrating the Feast of the Holy Blood in 1149 when the Flemish Count brought a valuable relic to the city - a vessel with the blood of ... Open »
Kortrijk
One of the best ways to show respect for national traditions is to learn several phrases in Belgian. All locals speak with a particular accent, which, according to travelers, is quite contagious. It’s not worth to copy it, because this behavior is also considered inappropriate. Residents of Kortrijk love to relax and to have fun; every national holiday is a truly unique ... Open »
Gent
Travelers are highly advised to visit the city during the days of 'Ghent Festival’, which is the biggest celebration of its kind in Europe. The venue of the festival is the central square of Ghent. Here take place all major activities. The main event of the holiday is a special fair, which attracts huge number of tourists from neighboring cities and countries. On numerous ... Open »
Lille
One of the brightest and most ambitious for the city is Lille 3000 Fantastic Art Festival. Its program covers several weeks, during which hundreds of exhibitions, music and theater performances, and film screenings are organized. For the period of the festival, the city turns into a huge open-air art venue where original art installations devoted to the most relevant topics ... Open »
Calais
Christmas is always widely celebrated in Calais. This is one of the main holidays, just like in the rest of Europe. Colorful garlands and toys appear on the streets of the city. Many of these items are handmade. Locals decorate doors of their houses with bright wreaths. Fair trades appear on all major squares of the city. They offer Christmas souvenirs, sweets, and various ... Open »
Antwerpen
The majority of tourists tend to get to Antwerp during Christmas holidays, which is always celebrated here with grand scale. If you visit the city during this period, you will find here interesting street performances, fairs, largest choice of dishes in restaurants, and overall festive mood. The cultural program will be especially liked by children, because they can participate ... Open »

Cityguide on traditions, mentality and lifestyle of people in Oostende. Learn the best periods to visit Oostende to discover its soul - authentic festivals, events and celebrations. We will also reveal the interesting habits, attitude towards the world and to tourists in Oostende.