Active vacation in Ireland - things to do, entertainment and nightlife 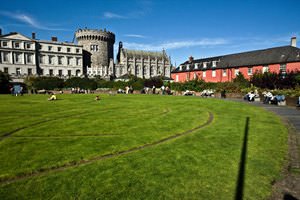 Ireland is very popular among fans of outdoor activities. The country features magnificent emerald slopes, plains, moors, and low mountains. A mild climate makes it ideal for hiking. Bicycle tourism is another demanded activity. During a walk, you can visit several historical places and castles of the country. Mountain rivers offer excellent opportunities for extreme rafting. Another popular hobby for locals and guests of the country is fishing. To fish, you will have to get a license. Fans of mysticism and ancient mysteries can go to Newgrange. This construction of the Celts has been built 4,5 thousand years ago.
Ireland sightseeing - top places to visit
Because of wonderful nature, Ireland is often called “the Green land”. Rocky coastline, calm ocean with deep blue water, green valleys and hills …
Read further
National reserves of Ireland are the best place for a hiking trip. Magnificent landscapes will give inspiration and unforgettable emotions. It is recommended to visit the Cliffs of Moher in Burren Park, which is a stone desert. Magic views from steep cliffs fascinate. Here, guests of the country can truly admire the incredible nature. There is Dunguaire Castle on the shore of the bay. Amazing costume balls are held there in summer. Another exciting picturesque place in Ireland is the Slive Lig rocks in Donegal. Formations rise over the shore for more than 600 meters. The water at the foot of the rocks has a deep blue color, which makes the place even more unique. Those wishing to climb to the highest peak can go along a special trail. It features even more fascinating views.
Another popular place for active tourism is the National Park of Wicklow Mountains. This picturesque land offers tourists ample opportunities for outdoor activities. One can climb the peaks. Their maximum height is about 900 meters, but they look pretty impressive. There are several glacial lakes. During a walk, you can enjoy the picturesque nature, waterfalls, and views of the sea and meadows. You can go rafting along the mountain rivers in the Wicklow Park. You can go fishing too, but you need to get a license first. Even with a license, you can fish in strictly designated places. The cost of the license is 5 euros. It is valid for one day. Copyright www.orangesmile.com
National cuisine of Ireland - specialties, recipes and restaurants
The cuisine of Ireland can’t be called sophisticated and refined. Local chefs pay the most attention to the satiety of dishes. Meat and seafood …
Read further
During the warm season in Ireland, you can relax on one of the beaches. One of the most picturesque beaches is in Brittas Bay in Wicklow County in the east of the country. It stretches for 5 kilometers. The coast is covered with soft fine sand. There is all the necessary infrastructure. However, if necessary, vacationers will be able to find a secluded place and enjoy a sea holiday. Another popular beach is located in Donegal County. You can reach Rossnowlagh village by car, but it's better to take everything you need with you. The beach will surprise tourists with incredibly clean water, soft sand, and excellent views. Surf enthusiasts can go to Tullan Strand. The place is ideal for this sport due to fantastic waves. 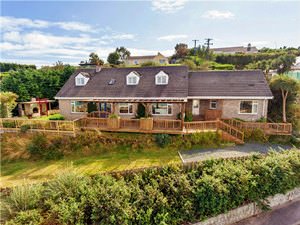 There are many opportunities for diving enthusiasts in Ireland. The most comfortable time for diving is the period from March to October. The average water temperature at this time is about 18 degrees Celsius. You can dive off the coast of the Atlantic Ocean in the west of the country and in the Irish Sea in the east. The most popular dive site on the Atlantic coast is Clare County. The Miles Creek Reef is highly appreciated by diving enthusiasts. At low tide, it's almost completely seen above the water. At high tide, it is flooded by 15-30 meters. Another object of special interest for divers is the ship Laurentic that sunk 100 years ago off the coast of Ireland. There were 3210 gold bars on it. Almost all of them were raised to the surface, except for 24 ingots. Divers try to find gold while exploring the outer part and cabins of the sunken liner.

This article about active leaisure, entertainment, recreation and attractions in Ireland is protected by the copyright law. You can re-use the content, but only under the condition of placement of an active link to www.orangesmile.com.
Ireland guide chapters 1 2 3 4 5 6 7 8 9 10 11 12 13 14 15 16 17 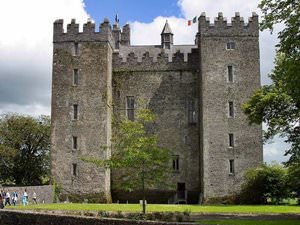 Sir Rowland Plunkett is the founder of Dunsoghly Castle. The castle was built in 1450. It was owned by the Plunkett family for 400 years. They appreciated their family residence so much that they lived in it until 1870, despite the obvious inconvenience. Requirements for comfort in homes were quite high in the second half of the 19th century. But the medieval castle could no longer meet all the needs of its owners.

Dunsoghly Castle is quite an unusual object from the architectural point of the view. It is a four-story tower of regular rectangular shape. Its roof is considered one of the most complex elements of construction. The most durable oak beams were used by builders to strengthen the roof. A small chapel has been preserved on the territory of the castle. It was built here in the … Read all 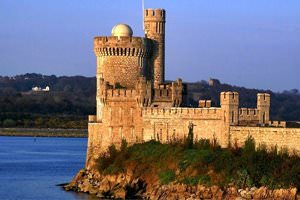 The famous Blackrock Castle is located near Cork city. It was built by order of Queen Elizabeth on the banks of the River Lee in the 16th century. The locals themselves initiated the construction of the fortress. They asked the Queen to build a fortress on the river bank that would protect the city from robbers and pirates. However, Blackrock Castle was used for completely different purposes, even though the request of the citizens was granted.

Lavish balls and banquets were held in it. The castle resembled in design not a defensive structure at all but a chic Royal palace. Almost all the former luxury of the castle was lost in 1827. It was badly damaged by fire and subsequently reconstructed for more than two years. The next major renovations took place in the castle in the 19th … Read all
All unique sightseeing Ireland

Entertainment, recreation and attractions in cities of Ireland

Dublin
Dublin Zoo is the best place to meet representatives of local fauna and see rare breeds of animals. All the enclosures in the zoo are made in full accordance with natural habitat of animals, so they look very impressive. After an interesting excursion in the zoo visitors will be offered to make memorable photographs with animals, and fans of sweets can relax in one of the local cafes. Travellers who want to escape from city life and relax under the shade of ancient trees are recommended to … Read more

Galway
Ecotourists from all over the world flock to the picturesque Connemara National Park. Fabulously beautiful lakes rich in fish, hills, and pastures covered with dense forests where you can meet typical representatives of local farms - you can enjoy this natural magnificence and harmony endlessly. The national park has several attractive hotels and specially-equipped camping sites, so all travelers can stay in picturesque places for several days. A pleasant surprise is prepared for water … Read more

Killarney
Fans of eco-tourism would like a walk along slopes of Carrantoohil. This mountain is the highest in Ireland. Stubborn travelers, who have enough strength to climb on the top, will enjoy an excellent view of the town and surrounding area. Fans of the civilized vacations would love the stroll around the central district of the town where the essential part of entertainment centers, shopping and nightlife are located. Near the center there are few popular spas, which have swimming pools and … Read more

Bangor
The nature reserve also offers some attractive areas for mountain climbers, as well as dozens of routes for hiking and horseback riding. Snowdonia is overgrown with a variety of plants. Here you can admire majestic trees and rare types of flowers in summer. In the vicinity of Bangor, you will find many fast-flowing rivers that have always attracted fans of extreme sports. Mountain river rafting is usually organized here in spring and summer when you also have a chance to admire picturesque … Read more