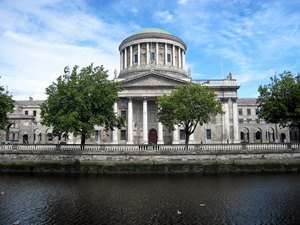 Ireland offers its guests wide opportunities for shopping. You can buy items by traditional European brands, and local authentic things. Ireland is famous for high-quality woolen things. You can find hand-tied sweaters and ponchos there. Tourists who came to this country for shopping must necessarily visit the local markets and stalls to buy such an exclusive item. Such things are very much appreciated. Pure cashmere clothes are worth attention. In Ireland, there is Blarney wool factory, where you can buy unique cashmere things at affordable prices. The Aran Islands became popular due to sweaters with an unusual knitting.
The soul of Ireland - religions and languages
Two languages ​​have been officially approved in Ireland: English and Gaelic. The second language is often referred to as Celtic. It is in its …
Read further
Another incredibly colorful Irish product is whiskey. Irish whiskey is incredibly popular all over the world. That’s not only because of a large number of Irish outside of Ireland but also because of the exclusive taste. The most popular manufacturers are Tullamore Dew, Jameson, and Bushmills. Whiskey can be single malt, clean, blended, and single-grained. The name depends on beverage body. Try this elite alcohol only in the pubs. In this case, its taste will be even more saturated and intense. A relaxed atmosphere will allow you to enjoy the incredible flavor. You can buy whiskey in any supermarket or shopping center.
Local unique goods include crystal, glass, clay, and ceramics. Ireland is famous throughout the country for its glassware of world famous brands. These items are unique in their simplicity and inimitable elegance. Products made of clay are also popular, as items made of crystal or glass are. In Dublin, you can visit the Kilkenny designer store and choose something traditional in the Irish style. Waterford County is famous due to crystal manufacture. All items go through a severe quality check. It is necessary to look for jewelry in Ireland. The most popular products feature Celtic motifs, which are successfully used by local designers. These are earrings, brooches, and various kinds of necklaces. Copyright www.orangesmile.com
Ireland economy - strengths, wealth and problems
The economy of the Republic of Ireland over the past twenty years is gradually gaining momentum. The economic system largely depends on trade. Several …
Read further
The rings in the form of palms that hold the heart are very popular. Such a ring symbolizes boundless love. Young people give it to their girls only when they want to propose a marriage. The Irish are considered the most reading nation, so you couldn’t leave the country without a souvenir book. In Dublin, there is the store, Eason and Son, which features numerous books and the international press. There you can buy interesting books in English or Irish, or just read the latest news in world-famous newspapers. A very popular souvenir is a shamrock and a four-leaf clover. The green color is traditional for most of the symbolic souvenirs that tourists take away from the country. 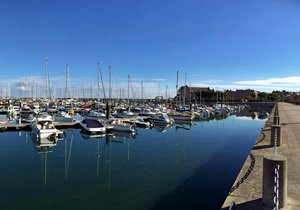 Another notable souvenir is the Irish leprechaun. Clothes, toys, sweets, figurines, books, and shoes resembling this fairy-tale hero are sold here at every step. They are in great demand. It is probably the most popular souvenir among tourists. Kildare Village is the main outlet of Ireland. This open-air facility embraces more than 60 stores. Tourists can and should bargain in them. There are only authentic European brands. The tax is returned. Discounts all year round make up to 60%. There are cozy cafes, restaurants, playrooms for children, and parking lots. The center works without days off. Its style resembles a medieval stable, which attracts residents of large cities.

Coolest places in Ireland from our Guinness book 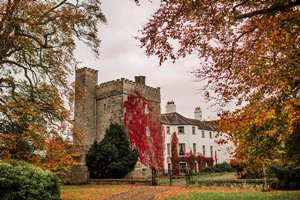 Barberstown is one of the most popular tourist destination castles of Ireland. It is located near the village of Straffan. The hotel was opened in the castle in 1971. Absolutely everyone can spend a few days in a luxury castle today. A luxurious park surrounds the castle. Its area is about 20 acres. This castle is often chosen for special events and wedding ceremonies.

The historic castle never ceases to amaze with its secrets for many years. A secret underground tunnel was discovered on its territory during another study in 1996. It connects the fortress to the historic church in the village of Straffan. Nicholas Barbie is the founder of the castle. The historic building was completed in 1288. William Sutton was the owner of the fortress in the early 17th century. He was a descendant … Read all 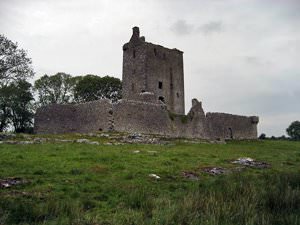 Fiddaun Castle is considered one of the most significant historical attractions in Ireland, even though it is in a dilapidated state. This castle was built in the middle of the 16th century. Only the tower and a few residential buildings remain from the historical building today. The castle is located near the Bay of Dou and Lake Lough Aslaun in an incredibly beautiful natural area. Fiddaun is notable because it is one of four preserved O'Shaughnessy castles.

Sir Roger Gilla was the founder of this castle. He built a fortress on a rocky cliff. A water channel located nearby served as a natural protection for it. The castle's owner, Sir William Brooke O'Shaughnessy, was forced to flee persecution to France in the late 17th century. The castle was confiscated after his departure. However, … Read all
All unique sightseeing Ireland

Sightseeings of Ireland in photostream

Shopping malls, boutiques and outlets in top cities of Ireland

Dublin
For elite alcoholic beverages go to Celtic Whiskey Shop. It is located on the first floor of a very beautiful historic building. They sell dozens of varieties of whiskey and other alcoholic beverages produced in Ireland and elsewhere in the world. The store is very interesting and beautifully designed. It often holds promotions, when a bottle of excellent French or Italian wine can be bought for less than 6 euros. The largest and most famous shopping center of Dublin is St. Stephen's Green … Read more

Killarney
Kerry Woollen Mills store is based just in a historic factory producing yarn and knitwear. All products in this store are of the highest quality so ladies will have a chance to choose some fashionable models of pullovers and woolen jackets, as well as glamorous colorful scarves. Here you can also buy cute cloth bags of various colors with a print of a popular national symbol - clover. For beautiful and sensible outerwear, you can go to Quills Woollen Market where beautiful coats, jackets, … Read more

Bangor
Menai is a center largely aimed at fans of youth style. Here you can buy trendy designer clothes, jewelry, and all kinds of interesting accessories. Ladies will love cosmetics and perfumery stores, which offer products of different price categories. This mall is relatively small but the choice of shops is really impressive here. The city has several excellent jewelry stores, including Pandora Bangor located on one of the central streets. Here you can pick stylish jewelry for both women … Read more

Map of shops in Ireland cities