Sightseeing in Kilkenny - what to see. Complete travel guide 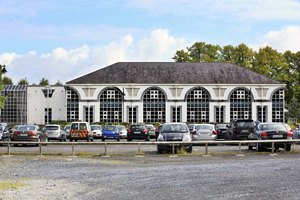 Consider visiting the wonderful city of Kilkenny during your adventure in Ireland. This is a relatively small settlement. Despite this fact, Kilkenny is an authentic Irish city with its unique atmosphere, and this is the reason why it has won love and dedication of foreign tourists. Moreover, this city is rich in landmarks – Kilkenny is the second after Dublin in terms of the number of attractions. Needless to say, the city’s architecture deserves the attention of travelers. Kilkenny’s interesting winding streets, elegant Gregorian houses, and buildings made from black limestone look nothing but fabulous.
According to a local legend, the name of the city derived from Cill Chainnigh that meant “Chainnigh’s Church”. In the 6th century, a monk settled in this territory. He decided to build an abbey here. When the building was ready, people started settling near it. This is how a new settlement named Kilkenny appeared. During the period of Norman invasions, the settlement was divided into two parts – an English and Irish one. The two parts were merged only in the 40s of the 19th century. At that time, a giant castle owned by the Butler family starting from the 14th century was the main landmark of the city.
Kilkenny remained an impenetrable fortress for a long time. At the beginning of the 17th century, it officially received the town status. When a rebellion emerged in Ireland, the country’s parliament moved to Kilkenny. Starting from 1641, the city became the capital of the Irish country. Nine years later, General Cromwell and his army captured the fortress that was impenetrable in the past. After this, the region became a safe and peaceful place. The first railroad appeared in Kilkenny in the mid-19th century. Copyright www.orangesmile.com
Naturally, it is not possible to visit this Irish city and forget to see the main pride of the region – the castle with the same name. This gorgeous building is located on the bank of the River Nore. Starting from the 12th century, the castle was a protective stronghold. Two centuries later, it became a property of the Butler family that made the building their residence. This family was powerful and very influential, so other people in the region were respecting the Butlers and a bit scared of them. The family remained the owners of the castle for six centuries. However, the Butlers passed the castle to the national committee that restored similar buildings in the 60s of the 20th century. Kilkenny Castle was deserted and damaged at that time. 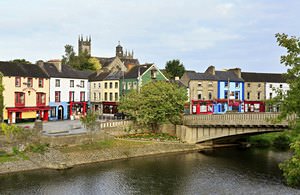 Nowadays, Kilkenny Castle is completely restored and is open to the general public. It has become a popular tourist destination. Residents and guests of the city are welcome to visit it and see an interesting collection of various artifacts that date back to different epochs. A beautiful garden surrounds the castle. This is a fabulous place to take a stroll and admire gorgeous fountains.
Do you want to see a real Irish shrine? For this purpose, visit the St Canice's Cathedral built in the 13th century. This is the second-largest Catholic church in Ireland. The gorgeous building is an amazing example of the Gothic style. Tourists visit this church to see the mesmerizing old sculptures and gorgeous mosaics that cover walls of the famous cathedral. The cathedral has undergone many restorations over the centuries. Despite this fact, St Canice's Cathedral still has its original and fabulous look. 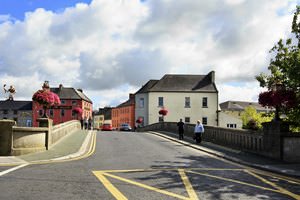 There is a tall round-shaped tower close to the main building. This tower has the same style and forms an interesting architectural ensemble with the main building of the cathedral. The tower was built in the 9th century but it is still in a nearly ideal condition. Tourists are welcome to get to the top of the tower and enjoy the panoramic view of Kilkenny from a special viewing platform. This is a picture-perfect area with striking views of the Irish surroundings.
There is one more interesting landmark in Kilkenny – the Black Abbey. This monastery was founded in the 20s of the 13th century. The monastery got this unusual name because of the color of the robes that monks were wearing. Their robes were so dark that local people were a bit scared of them. Locals were even calling the monks “the brothers of darkness”. The abbey was restored several times, but there are still original elements such as the foundation, nave, and several tombstones. In recent years, there have been attempts to restore the old abbey. That being said, the abbey is open and many people come here to admire its beauty or to pray. Tourists can spend much time looking at the big stained-glass windows. 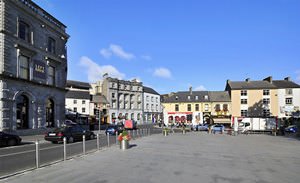 The most popular way to get to Kilkenny is to fly to Dublin which is situated one hundred and seventeen kilometers from this Irish city. After that, get on a bus that will take you directly to Kilkenny. Naturally, there are trains that connect these two cities. There are roughly seven trains from Dublin to Kilkenny every day. The journey time is approximately two hours on every means of transport. The railway station is situated not far from the city center, so it is easy to reach it on foot.
This guide to iconic landmarks and sights of Kilkenny is protected by the copyright law. You can re-publish this content with mandatory attribution: direct and active hyperlink to www.orangesmile.com.

City tours, excursions and tickets in Kilkenny and surroundings

Survived castles around Kilkenny
♥   Castle 'Kilkenny Castle' , 0.5 km from the center. On the map

Sights around Kilkenny from our guide 'Extreme places on Earth' 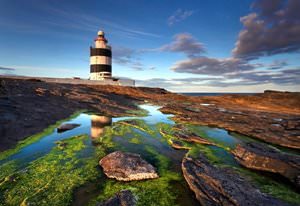 Distance from Kilkenny center - 62.7 km.
The Hook Lighthouse is located on the island with the same name. An experienced travelers advice to visit it in summer. The old lighthouse has an outstanding modern tradition – every year there is celebrated the most mysterious holiday – Halloween. At that day there is placed a real costume procession and if you are a fan of the adrenaline rush, you have to be there. In the beginning of the 21st century, the lighthouse became available for tourists. Nowadays it is among the ten oldest lighthouses of the planet and the historical landmark of global significance. … Read further

Bunratty is the youngest, but no less popular castle in Ireland. It was built just a couple of centuries ago, but was made in elegant style of early medieval. One of the castle’s halls is used for theatre performances. Various banquets and entertaining performances are also not rare in the castle. Castlerock is one more interesting historic place. Long time ago there was a castle on the rock. That castle was used for crowning ceremonies, most important meetings and events. In the beginning of the 17th century the castle was destroyed by a fire and now only ruins remind of the beautiful building. … Open 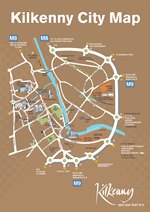 Search touristic sites on the map of Kilkenny

Sightseeing in regions nearby Kilkenny

Waterford
Reginald Tower is the main attraction and the symbol of Waterford. The construction of the tower took place during the reign of the Norman Empire. Nowadays the monument reminds of the greatness and power of the town. Its observation platforms feature stunning panoramic views of the town and its suburbs. Mall City Hall Boulevard is the location of one of the most beautiful ... Open »
Dublin
The main sight of Dublin is St Patrick's Cathedral that can be seen on the central square of Dublin. Many centuries ago here lived Saint Patrick. He organized christening of the locals and so many people gathered on the square to pray or to sanctify icons. Among interesting and memorable places in Dublin we should definitely mention Ely Place, Marriott Square, and Fitzwilliam ... Open »
Cork City
In the evening, consider visiting a popular pub in Cork, Franciscan Well Brewery. This pub regularly hosts a beer festival. Franciscan Well Brewery is located on the riverside, and the area is attractive and picturesque. Visitors can try different beer types here. There are many of them here – up to ten. First, visitors can sample the beer and then order the one they liked ... Open »
Galway
The favorable climate makes Galway incredibly attractive in the eyes of tourists, as they can go on a trip at any time of the year. Frosts are extremely rare here even in the midst of winter, and in summer there is always a moderately warm weather. The city is sure to appeal not only to lovers of hiking and excursions but also to shopping fans: a huge selection of shops is ... Open »
Killarney
Just like the majority of cities of Ireland, Killarney is rich in architectural and historical sights. You will find out more about this place if you visit its numerous museums. Among architectural sights of the region we should definitely mention St. Maria Cathedral that is decorated with mosaics and frescos. The monument of four poets is one of the most unusual sights of the ... Open »
Caernarfon
What activities can Caernarfon offer for tourists with children? For young guests of the city, there is a sea zoo that is home to more than one hundred fifty underwater creatures. In this zoo, visitors can see eels, different sharks, and sea vegetation. Young tourists enjoy visiting the lobster incubator – a special chamber that grows these fabulous creatures. Besides the ... Open »

All about Kilkenny, Ireland - sightseeings, attractions, touristic spots, architecture, history, culture and cuisine. Prepare your trip together with OrangeSmile.com - find out the 'must see' things in Kilkenny, which places to visit, which excursions to take, where the breathtaking views are waiting for you. Planning your trip with this travel guide will help your to get the most out of Kilkenny in few days.