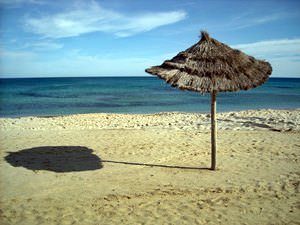 Cultural features and traditions of local people are largely dictated by religion; the majority of local customs may seem very unusual to foreigners. The French culture has made some interesting adjustments to it, so Hammamet surprises with an original combination of traditional Islamic canons and typical European customs.
Excursion over cultural sights of Hammamet - 'must visit' points of interest
Hammamet is considered the most picturesque resort in the country. Its most distinguishing feature is its unique nature. The main historical attraction of the city is the Medina of Hammamet; …

Open
Since the middle of the last century, local women have equal rights with men, which is a very unusual fact in Islamic cities. Ladies don’t cease to honor canons of Islam; however, that doesn’t stop them in getting education and working alongside with men.
Foreign guests can feel relatively calm in Hammamet; urban residents have long been accustomed to a large number of tourists and perceive features of other cultures with understanding. Anyway, you have to consider the outfit carefully, if you hope to visit religious sites and explore suburbs of Hammamet. It is inexcusable to go on a tour around religious sites in low-necked and provocative clothes. Copyright www.orangesmile.com
Your active city break in Hammamet. Attractions, recreation and entertainment - best places to spend your day and night here
Conservative and quiet, Hammamet has gained recognition because of various entertainment options, incredibly beautiful nature and upscale thalassotherapy centers. The city will appeal to …

Open
As for locals, they have their own unique clothing style. During a walk through residential areas of the city you can see women dressed in yashmak; many women tend to the obvious European style and prefer to wear trousers and classic blouses in the everyday life. One of the typical national garments are blouses and jackets with Kashmiri patterns, they look very fashionable and elegant. As for men, they do tend to free style of dress; however, it isn’t accepted to appear in public in shorts and T-shirts. 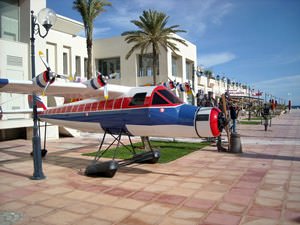 Despite the obvious influence of European culture, ancient beliefs form an integral part of the national way of life. This part of the local culture is manifested in many different areas of life. For example, locals use the hand of Fatima as a talisman. This mascot can be seen in virtually every home and car. Locals use henna to protect themselves from evil. Palms and soles of the feet are decorated with it; women prefer to paint hair with henna. This tradition attracts travelers, but unlike locals, they prefer to do graceful henna tattoos as a memory.

This guide to traditions and festivals in Hammamet is protected by the copyright law. You can re-publish this content with mandatory attribution: direct and active hyperlink to www.orangesmile.com.
Hammamet - guide chapters 1 2 3 4 5 6

Cathedrals and basilicas near Hammamet
♥   Former Cathedral of St. Louis, Carthage, 56.8 km from the center. On the map

Colors of Hammamet in photos

Traditions and festivals in cities around Hammamet

Sousse
For many travelers the first association with cultural traditions of indigenous people is hammam. A visit to it has long been a tradition not only for locals, but also for tourists. The hammam is often located near the mosque. Modern saunas are multi-purpose sports complexes, as they offer customers high quality massages and beauty treatments. Many interesting traditions are ... Open »
Monastir
There are also special rules of conduct in public places: you shouldn’t speak and express your emotions too loudly. Entering a small restaurant or shop, you should say hello to the host even if you don’t speak the local language; a greeting will be understood in any language. The residents of Monastir pay a lot of attention to making their city more beautiful. Walking ... Open »
Aegadian Islands
... Open »
Favignana Island
Italians always get friends with foreigners. There is a joke, that locals prefer to be friends with foreigners because they live far away and you don’t have to help them with a job or domestic affairs. Family is very important for Italian people. Uncles, cousins and distant relatives are close people here. The family is usually ruled by a grandmother, but not a ... Open »
Trapani
All the statues are kept in the beautiful Church of Anime Sante del Purgatorio. It is from here that the procession begins at exactly two o'clock in the afternoon. The procession moves slowly despite the weight of the sculptures and the short length of the city streets. The procession ends its journey in the same Baroque church a day later. Citizens and tourists can join the ... Open »
Djerba Island
It’s not ok to elevate the voice on other people here on the island. Locals are rather calm, poised, and friendly – especially to foreigners. But almost nobody speaks English here; you would rather meet those locals who know French. On the other hand, in case if you have some communication problems owing to the language barrier, you can ask policemen to help you, as they ... Open »

Cityguide on traditions, mentality and lifestyle of people in Hammamet. Learn the best periods to visit Hammamet to discover its soul - authentic festivals, events and celebrations. We will also reveal the interesting habits, attitude towards the world and to tourists in Hammamet.