Sightseeing in Monastir - what to see. Complete travel guide 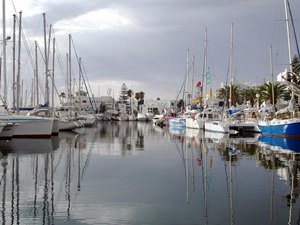 One of the most popular resorts in Tunisia, Monastir is a major trading city and training center of the country. The city is famous primarily for its magnificent beaches. They are well equipped for sports, have numerous equipment rental centers and diving schools. You will find many restaurants and cafes that serve fresh seafood on the territory of each beach. La Grotte is known as the most popular fish restaurant; however, if you want to try national Tunisian dishes, Les Sportifs restaurant will be the best choice.
Authentic traditions, festivals and lifestyle of Monastir inhabitants
Monastir is a Muslim city whose religious traditions are one of the integral parts of everyday culture for local citizens. Residents celebrate important religious holidays and go on …

Open
The largest sports center, where you can undergo scuba diving classes, is located near the port. Here you can also participate in the marine ride on a yacht. Golf lovers should definitely visit the new field, which was opened a couple of years ago. There is also a hippodrome for those visitors, who want to try horse riding.
When it comes to describing the historical sights of this place, we suggest attending an excursion to the fortress wall, which is located near the port area. The mausoleum of Bourguiba and an ancient mosque are also located nearby. The Islamic Museum is one of the most popular cultural facilities of Monastir. The museum exhibits a valuable collection of ancient manuscripts that belong to 4 - 6 centuries. Several halls are devoted to collections of pottery, and the astrolabe made in 927 year is known as one of the most famous exhibits. Copyright www.orangesmile.com
Excursion over cultural sights of Monastir - 'must visit' points of interest
Monastir is rich in historic and architectural landmarks. The fortification called the Ribat of Monastir is one of the main historical symbols of the city. Centuries ago, lots of fortresses …

Open
The central part of the town is the location of one more significant architectural structure the mausoleum of Bourguiba family. The tomb is decorated with magnificent marble and carved ceramic fragments. In 1980 the mausoleum was decorated with new golden cupolas and two new minarets were also added. The resort is rich in attractions for every taste - beach vacation can be mixed with sightseeing, and sport can be followed by fascinating excursions to historical places. Travel to Monastir will bring a lot of unforgettable impressions. 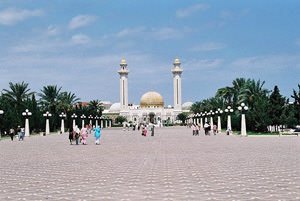 The most significant religious attraction of the city is the Great Mosque. It was built over a thousand years ago. Over the years, the mosque has been repeatedly rebuilt. Now it is a beautiful architectural monument with arches and columns. In the mosque, there is a large courtyard and a spacious hall for prayers, in which it does not get hot even at the height of a hot day. The entrance to the mosque is accessible only to adherents of the Muslim faith, and everyone else is offered to admire the historical monument from the adjacent territory.
Your active city break in Monastir. Attractions, recreation and entertainment - best places to spend your day and night here
Monastir is the perfect place for beach recreation. There are great thalassotherapy centres as well as modern sports centres. One of the most popular city beaches is located by the old …

Open
The Ribam Fortress located on the coast is the largest and oldest in North Africa. It was built in the 8th century and initially occupied a very small area. With each century, the scale of the defensive structure became more extensive. Now the area of ​​the fortress is more than 4,000 square meters. Many famous warriors are buried on its territory, and several religious shrines are in the fortress. In the fortress, there is a prayer room, next to which is now equipped with a small museum of Islamic art. 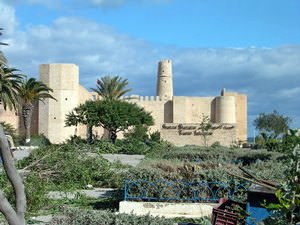 A very interesting cultural center is the Museum of Traditional Costume. The main part of its exposition consists of national clothes, which were relevant at the turn of the 19th - 20th centuries. In addition to clothing, in the museum there are collections of luxury jewelry, precious stones and products from the finest locally produced silk, which is known for its unique qualities.
Advices to travellers: what you should know while being in Monastir
1. There’s a large international airport in the district of Skanes situated near Monastir. It’s conveniently located close to tourist areas, and you can reach most popular hotels …

Open
One of the favorite vacation spots for Monastir’s residents is the picturesque Baladia Park. In addition to landscape decorations and old buildings, in this park one can see a monument to President Habib Bourguibe, convenient walkways and recreation areas with benches around the monument. 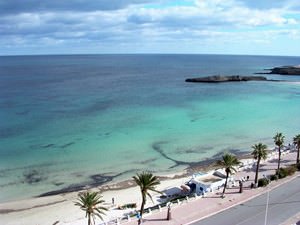 On one of the central streets of Monastir, you can see the grand modern building of the Palais des Congrès. Since the construction of this large-scale building with many halls, it is used for a variety of cultural events. Here, exhibitions and meetings with artists are held, and in the center, there is a special stage suitable for performing theatrical productions. Some rooms are only available for business events, but a large part of the halls are accessible to all visitors.

This guide to iconic landmarks and sights of Monastir is protected by the copyright law. You can re-publish this content with mandatory attribution: direct and active hyperlink to www.orangesmile.com.
Monastir - guide chapters 1 2 3 4 5 6 7 8 9

City tours, excursions and tickets in Monastir and surroundings

National and city parks around Monastir
♥   National Park 'Boukornine' , 106 km from the center. On the map

Search touristic sites on the map of Monastir

Sightseeing in regions nearby Monastir

Sousse
House of ice cream is, without a doubt, another very unusual place worth visiting. This is a large cafe that offers more than a hundred of kinds of the popular dessert. Of course, all children will be more than happy to visit such place. Adults may find Brau bar an interesting place as the best beer in the city is served here. On the territory of Sousse is opened a large ... Open »
Hammamet
One of the oldest tourist centers of Tunisia, this city was founded more than five centuries ago. It began attracting travelers actively in the beginning of the 20th century. The city's name is translated as "place for swimming". Indeed, there are so many beaches and secluded coves here. During the archeological excavations here have been uncovered the ruins of ancient villas ... Open »
Tunis
Many art connoisseurs call Bardo Museum the real treasure. This facility is opened at Dar Hussein Palace. The collection of Roman mosaics, which is exhibited in the museum, is the largest one in the world. Doug is the most notable settlement in terms of archeology. Here have been found the ruins of the Capitol and the Forum, which construction lasted in 2 - 3 centuries. ... Open »
Djerba Island
Ancient city of Houmt-Souk is the capital of the island. Its symbols are three beautiful mosques: Jemaa Echeikh, Jemaa El Bassi and tukish Jemaa Ettrouk. These buildings in traditional style look really exotic for travelers. The small cream-colored building with balconies and rich blue shutters has really amazing appearance. Ancient Borj El Kebir fortress is located next to ... Open »
Aegadian Islands
The smallest, but no less attractive island of the archipelago is Levanzo. That’s a real storehouse of amazing natural attractions, so it would be amazing for hikers to explore its territory. The island is entirely covered by hills, the highest among them is the Pizzo dei Monaco. Climbing the mountain of 278 meters height has become a good tradition for tourists, which can ... Open »
Favignana Island
Isola Di Favignana is widely known as a center of production of tuna; catching of that noble fish began in the 17th century. Today, production of tuna is one of the main industries of the island, while tourism is becoming increasingly important. Fans of scenic nature and beach activities, as well as those who can’t imagine a holiday without exploring the historical places ... Open »

All about Monastir, Tunisia - sightseeings, attractions, touristic spots, architecture, history, culture and cuisine. Prepare your trip together with OrangeSmile.com - find out the 'must see' things in Monastir, which places to visit, which excursions to take, where the breathtaking views are waiting for you. Planning your trip with this travel guide will help your to get the most out of Monastir in few days.