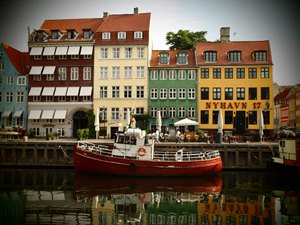 Local residents have much respect towards law and try not to break it. This rule doesn’t apply to, perhaps, football fans and car enthusiasts. Residents of Copenhagen are very conscientious when it comes to paying taxes. They fill the required papers patiently, and never even wonder whether there is a need for all these tedious procedures. However, during communication the locals show themselves as temperamental and emotional people. Freedom remains their principal cult. They are rather capricious and have an impregnable feeling of self-esteem.
Top places to stay in Copenhagen - most luxurious hotels
During its long and respectful history, Phoenix Copenhagen has greeted many famous guests, including tycoons and members of royal families. The hotel was fully renovated in 1991, but the …

Open
Local people always fight for their rights. Their attitude to some aspects of life is rather peculiar. For example, a person, who has broken the law, is considered mentally ill. Instead of prison criminals will be sent to compulsory treatment in a local hospital for several years. Local residents are also distinguished by their panic fear of loneliness. This is the reason why there are so many clubs devoted to different interests in the city. Here people can spend their free time and socialize with others who have similar interests. Residents of the city are very kind. They try to preserve the traditions of their ancestors, take care of historical monuments, and never talk about past times in a negative way.
There are many interesting festivals and carnivals in Copenhagen. As they are usually well-celebrated, such holidays attract numerous tourists to the city. Thus, the capital of Denmark attracts jazz lovers on the beginning of July. The music festival held in August is very popular among music lovers and fans of folk music. Many travelers want to visit this amazing city during Christmas holidays. Funny street performances, fairs and sales, largest choice of culinary delights from local restaurants and cafes – during the holiday period Copenhagen simply dives into the atmosphere of celebration and fairytale. The annual carnival that takes place in the city during this period can be called one of the most beautiful festivals in the world, and this is not an exaggeration. Preparation for the festivals lasts whole year. Participants compete in creating original costumes, and developing their music and dancing skills. Copyright www.orangesmile.com
Old hotels keeping the history of Copenhagen
Fans of staying in a historic setting will surely like 71 Nyhavn Hotel located in the Nyhavn neighborhood. This hotel occupies two fully restored buildings that were built in the 19th …

Open
The European pearl Denmark is full of astonishing architecture and will gladden its visitors with a great variety of holidays and interesting actions. All the Danish holidays are worth visiting, but we have highlighted for you must-see celebrations. First, it is worth traveling to Copenhagen for New Year and Christmas. Here you will be captured by the fantastic atmosphere with millions of sparks, fairs, traditional for Europe, with food courts, skating rinks, fireworks and other street entertainments and celebrations. 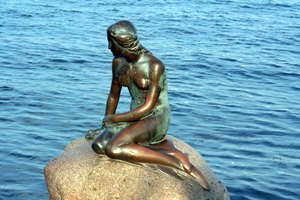 Secondly, we recommend you to visit a traditional Danish holiday - the Day of Saint Hans (Sankt Hans Aften) during your tour. It takes place overnight with 23 for June 24. On the sea coasts, you will undergo dancing around fires, floating the flower wreaths with candles on water, jumping over a fire, enjoying national songs and traditional costumes. Thirdly, do you like the European cinema? Of course yes! Then surely plan a tour to Denmark in the fall. If to be exact at the end of October or the beginning of November. At this time period, the International Film Festival of PIX in Copenhagen drops to these dates. Here you will be able to watch up to 150 movies during 8-10 days.
Legends - famous hotels of Copenhagen
A wonderful historic hotel, D Angleterre started its history in 1755, when two lovers escaped from the castle, opened a small tavern and then a guesthouse. The hotel got its name after an …

Open
Copenhagen Cooking & Food Festival, which is the best-known festival in the country, annually brings together the fans, admirers, and gourmands of the northern kitchen. During this festival, you will have the greatest chance not only to try the well-known Danish dishes but also to get acquainted with the secrets of their preparation, to participate in master classes and culinary competitions. The basis of the Danish cuisine belongs fish, and also such dishes as vegetables with lard, pork with apples and prunes, liver with the crunchy fried onions and potatoes, apple-currant jelly and pie with whipped cream, and also the most original dish of Denmark – strawberry and blackberry cream soup. 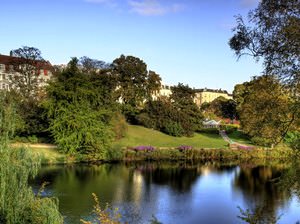 In the center of attention is local sandwich - Smørrebrød. Here in Denmark, they have more than two hundred types and ways of preparation, and each one has its own name. During the festival, you will be able to try the hand in the creation of your unique sandwich. The program consists of various tastings, master classes for adults and children, culinary shows, competitions, fairs of wine and products, and also other events interesting both for professionals and for fans. It is possible to taste different delicacies within the festival on the central city streets, in Tivoli's park and restaurants, many of which offer the menu at reduced prices. For the first time the festival of food took place in 2005 and since then it became an integral part of an August City Day.

This guide to traditions and festivals in Copenhagen is protected by the copyright law. You can re-publish this content with mandatory attribution: direct and active hyperlink to www.orangesmile.com.
Copenhagen - guide chapters 1 2 3 4 5 6 7 8 9 10 11 12 13 14 15 16 17

Cathedrals and basilicas near Copenhagen
♥   Sankt Ansgar Domkirke, København, 1.2 km from the center. On the map

Survived castles around Copenhagen
♥   Castle 'Copenhagen Castle' , 0.1 km from the center. On the map

♥   Castle 'Christiansborg Palace' Copenhagen, 0.2 km from the center. On the map

♥   Castle 'Amalienborg' Copenhagen, 1.1 km from the center. On the map

However, some experts point out that these measures will have little effect until countries coordinate to reopen borders and enable safe international travel for vaccinated people or people with negative COVID-19 tests. The United States Travel Association welcomed the decision of the UK to let the borders open for fully vaccinated US travelers and pointed out that the States also need to reopen national borders and offer similar rules for travelers from the EU, UK, and Canada.

Colors of Copenhagen in photos

Traditions and festivals in cities around Copenhagen

Malmo
The Crayfish Party lasts for at least a week. During these days the things are humming in the city night and day. One of the most popular entertainments among city visitors is hiking tour through local markets where during festive occasions one can buy many original souvenirs. The crayfish is also presented on the markets in complete variety. These are fished in local waters ... Open »
Kristianstad
Student bands also perform during the festival so it always attracts a lot of young people. In recent years, the festival program has expanded significantly. Now string ensembles and symphony orchestras are taking part in it, and a special conducting competition is held within its framework. A large part of musical performances can be visited free of charge. The beautiful ... Open »
Odense
Locals are proud of their culture and history. Throughout the year, Odense holds many holidays with historical roots. The mindset of local residents has a lot of peculiarities too. Foreigners may find some features of their character quite unusual. First of all, the local people are all law-abiding. They strictly follow all current laws and consider such behavior to be their ... Open »
Kolding
Music festivals are usually organized in the summer. Open-air stages on which musicians perform are usually set up directly in city parks and on city squares. Entrance to most concerts is absolutely free of charge. The townspeople's respectful attitude to traditions is reflected in their love for historical holidays. Most of them take place in the summer, interesting ... Open »
Kiel
For the last decades the fest has sufficiently changed and the yacht racing has become just one of its parts. The main core of the fest, however, comprises the grand parade of ancient and vintage ships. This colossal performance attracts thousands of curious travelers. The Parade consists of more than 100 tall ships aged over 100 years old. Traditionally this event is held on ... Open »
Alborg
At the beginning of the 20th century, Aalborg became a major industrial center where some of the country's largest cement plants were located. Everything changed in 1974 when the University of Aalborg opened in the city. Now it is one of the largest Danish universities operating many research centers. As a result, the industrial sphere has lost its former relevance. Today, ... Open »

Cityguide on traditions, mentality and lifestyle of people in Copenhagen. Learn the best periods to visit Copenhagen to discover its soul - authentic festivals, events and celebrations. We will also reveal the interesting habits, attitude towards the world and to tourists in Copenhagen.