Fun and festivities in Finland - celebrations, festivals and cultural events 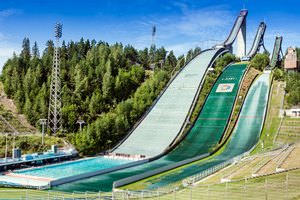 National holidays and festivals in Finland are a reflection of the distinctive culture of this northern country. The number of public holidays in a year is not so many, but they are all official holidays. Religious events are celebrated in accordance with the Gregorian calendar since most Finns are Protestants. At the same time, they are celebrated within the family circle, since it is not customary to organize public open-air festivities for Easter or Christmas in the country. One of the most significant days of state importance is Independence Day celebrated at the beginning of December. It is celebrated to honor the moment Finland became an independent state. Today, the celebration of this event is imbued with a sense of Finnish patriotism. Parades, processions, exhibitions and concerts are organized in different cities. A festive divine service is held in the Cathedral and in the Presidential Palace there is a solemn ball.
Finland sightseeing - top places to visit
When it comes to mention the most popular places of interest in Finland, the first destination that comes to mind is Helsinki. The Senate Square is …
Read further
One of the main religious holidays of the country is April Easter. Its main action is the procession of the representatives of the three directions of Christianity. In large cities, theater performances on religious themes are displayed, and charity events are organized. Members of the family celebrate Easter with a festive dinner with a traditional rye pie “mammi”, cake, curd pasta, rye pudding and a lamb dish. Multicolored eggs are hidden in the house or garden, after which children try to search for them. In accordance with the pagan traditions of the celebration of the coming of spring, houses for Easter are decorated with flowers and flowerpots with green grasses. The Easter morning is met with music and ritual bonfires.
The May Day or Vappu is connected with the pagan tradition of the Vikings to conduct rituals for the protection of crops from evil spirits. Today this is a festival of spring and youth, whose main character are students. On the festive day, the students dress in colorful overalls “haalarit” and participate in the traditional wearing of a white cap (ylioppilaslakki) on the head of Havis Amanda (the sea mermaid) – a statue of a fountain on the Market Square in Helsinki. At six o’clock in the evening, the celebration is started with colorful fireworks, bathing in fountains, “tippaleipa” sweets and honey. The Lutheran religious festival Hellunthai or Pentecost is associated with the praise of love and youth. Young men profess love to girls and wait for an answer at the “May” tree decorated with ribbons, flags and scarves. A sign of the beloved’s consent is the presentation of a basket with fruits, sweets and flowers to the young man. Copyright www.orangesmile.com
National cuisine of Finland - specialties, recipes and restaurants
The national cuisine of Finland can be called endemic: majority of its dishes cannot be tried in any other country. Traditional Finnish meal is food …
Read further
The favorite holiday of the Finns is the June Juhannus or Ivanov’s day (midsummer). On the night of the festival, thousands of bonfires are lit to ward off evil spirits. Girls are entertained with fortune-telling, while young men spend the night in festivities and drinking to attract prosperity and a good harvest. It is not accepted to sleep on Juhannus. Modern youth often prefer visiting Suomenlinna with its annual rock festival taking place on Ivanovo’s night than singing campfire songs. In autumn, there is one more merry holiday, the All Saints’ Day. It is closely connected with the Day of Remembrance of the Deceased in the Protestant tradition. According to popular beliefs, on the night of the feast the dead watch the living from the sky; hence lights are lit in every house. They are intended to scare away the evil spirits of “kaamos”. Young people get dressed in costumes of evil spirits and visit the neighboring houses demanding for sweets. Clubs host groovy parties in the style of horror films. 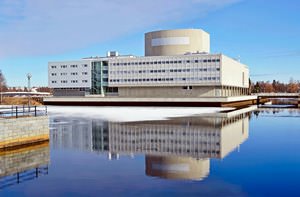 In March, traditional races on reindeer sleighs are held in the vicinity of Hetta. June is the month of musical festivals in Naantali, Ilmajoki, Korsholm, and Kuopio. In the same month of June, Turku hosts a festival of medieval culture with spectacular theatrical performances and fairs. In July, the folklore festival “Stundars” is held in the city of Vaasa, the Lace Week in Rauma, the Opera Festival in Savonlinna, the Song Festival in Joensuu, and the Jazz Festival in Pori. August is the month of the competition for washing golden sand in Sodankylä. In Tampere at this time is a large-scale Theater Festival. Among the autumn and winter festivals, it is worth emphasizing the September Ballet Festival in Mikkeli, the “First Snow Games” in Rovaniemi, the capital festival “Forces of Light” during the polar night with amazing light and sound shows, as well as the unique Arctic golf festival on the snow in Ounasvaara.

This article about national fests and celebrations of Finland is protected by the copyright law. You can re-use the content, but only under the condition of placement of an active link to www.orangesmile.com.
Finland guide chapters 1 2 3 4 5 6 7 8 9 10 11 12

Attractions and entertainment in top cities of Finland

Helsinki
There are many nightclubs and discos in the city. Here absolutely every traveller will find a place to rest that will fit his/her taste perfectly. Kaarle XII is the oldest nightclub of the city. It was opened in 1976. The club will attract fans of various musical styles. Gourmet visitors will also like it, because next to the club is opened a great restaurant with the same title. Club Helsinki is located in the shopping district of the city. Technical equipment of the club deserves the highest … Read more

Tampere
A favorite holiday destination among visitors of the city is a picturesque Pyynikki Park. It is perfect for a relaxing stroll, picnic and sports activities. There is a beautiful old tower in the park; its top is equipped with a beautiful viewing platform. Park is located along the coast, so in warmer months many tourists prefer to sunbathe on the beach right there. A visit to local wineries would be a nice addition to the vacation; Teiskon Viini remains one of the most visited places. A … Read more

Oulu
A must-visit for curious tourists is Oulu's research center called Tietomaa. This amazing family-friendly science museum is the largest of its kind in Finland. It has collected about 200 interactive exhibits, which can all be tried out and played with. The Tietomaa Science Centre is very popular with traveling families. Its visitors have a chance to find out about the latest discoveries in science, as well as sports and natural phenomena. The most extraordinary are virtual reality rooms where … Read more

Lahti
In the warm season, one of the favorite entertainments of visitors to Lahti is watching musical fountains. They are equipped right on the lake near the harbor. Every evening, they arrange a spectacular light and music show with the fountains. It usually lasts about 20 minutes and is accompanied by classic and modern melodies. A unique city attraction is Kariniemi Park, it is very large and occupies an area of about 20 hectares. Rare trees and other plants grow on the territory of this … Read more

Lapland
Speaking of natural things, we should definitely mention the lovely Ranua Zoo. This picturesque corner of nature became home to hundreds of animals and birds; some of the most curious of its inhabitants are owls. The zoo occupies quite a vast area and has a very natural and comfortable design. One of the most attractive holiday destinations for travelers with children is Levy, where there is Kid's Land amusement center. There are very interesting games and educational activities for younger … Read more

Map of fun in Finland