Detailed hi-res maps of Neuchatel for download or print 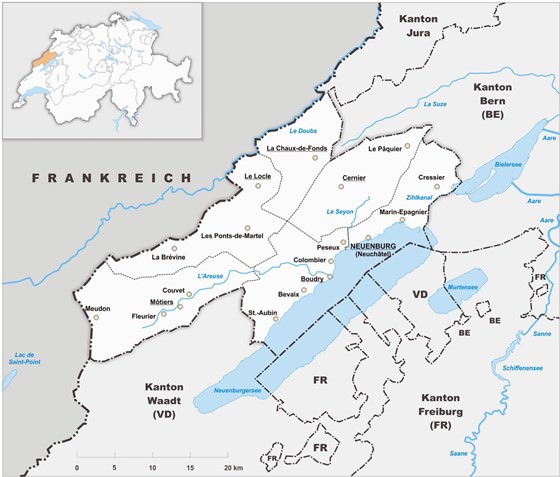 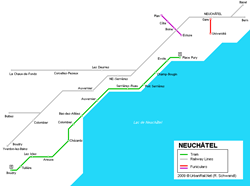 Switzerland has a rather rugged relief, but the transport infrastructure in the country is well-developed. At the same time, the transportation is considered to be one of the most high-class all over the world. The Swiss are very fond of punctuality and order, so no tourist will have problems with transport. The most popular option to travel around the country is the public transport. This is especially true in mountainous areas, where inexperienced tourists are often frightened by steep serpentines. Buses run strictly on schedule, and routes are laid to the most inaccessible points of ski resorts. There is a schedule of buses and trams at each stop. There are trolleybuses in large cities, such as Geneva, Zurich, Lugano and others. In Switzerland, there is a strict system for monitoring the tickets. Stowaways are punished with large fines. You can call a taxi in any area. … Open

Search for services, infrastructure and sights on map of Neuchatel

Our guide chapters over Neuchatel

The regional cuisine is dominated by hearty food so restaurant menus are mainly based on dishes of meat, potatoes, and other seasonal vegetables. In the variety of sweets, it is worth paying attention to honey gingerbread cookies called “Leckerli” and dozens of types of chocolate cookies. One of the most unusual desserts is small fruit-filled buns. Among the drinks widespread in the region are coffee and hot … Open

Traditions and mentality of Neuchatel

For more than a hundred years of its existence, the festival has become so popular that at least 150,000 people visit it in recent years. During the festival, tastings are held for its guests every day - they can try not only the best regional wines but also special local delicacies. Still, everyone can stroll through the most beautiful vineyards and visit other iconic places associated with winemaking traditions. … Open

The city and its environs offer a great choice of interesting places for walking. One of the travelers' favorite entertainment activities is climbing to the Mount Crete du Plan. Its height is 589 meters, the top of the mountain can be reached in minutes by cable car. From here you can enjoy the chic panorama of the city, as well as its main natural landmark - Lake Neuchatel. It would be very interesting to take a … Open

Neuchatel for children - what to visit

When it comes to Neuchatel museums, it'd be interesting to visit the Musée d'Histoire Naturelle demonstrating the nature of the region. Among the exhibits are herbariums, minerals, stuffed animals living in certain areas, as well as dioramas of natural zones. The Laténium Parc et Musée d'Archéologie - an informative beautifully designed museum that recreates the history of the region - is another city … Open

Some of Neuchâtel's stores are real local attractions, including Chocolaterie Walder. The store opened back in 1919 is now located in one of the beautiful historic buildings. It sells various types of chocolate and dozens of candies made by local confectioners exclusively by hand. There are several tables for visitors right in the store, so everyone can arrange a tasting of sweets right on the spot. As souvenirs, … Open

4. A common accommodation option in the city is apartments. They are especially in demand among young people, as well as big traveling families. 5. Travelers looking for unique gifts for loved ones should go check out local grocery stores. Here they can buy locally produced cheese and real Swiss chocolate. 6. Local restaurants serving regional cuisine are quite expensive. Thrifty tourists prefer small … Open