Fun and festivities in Armenia - celebrations, festivals and cultural events 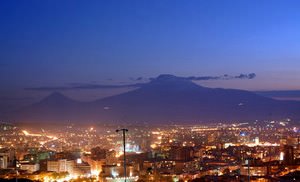 Armenia was the first country in the world that adopted Christianity as the main religion. According to the calendar of the Armenian Apostolic Church, Christmas is celebrated on January 5-6. Christmas is a family holiday. On this day, a large family gathers at a festive table. Locals invite relatives and friends. On the morning of January 6, a consecration ceremony takes place in the church. After the service, the Armenians bring some consecrated water home. Easter in Armenia is one of the key religious holidays. Locals call it Surb Zatik, which means "holy liberation." This holiday symbolizes liberation from evil and suffering. In the Holy Week, children tell their most hidden secrets, and adults confess their sins. On Sunday, it is common to share eggs. People exchange three-fold kisses while greeting each other.
Shopping in Armenia - best shopping places, what to buy?
Shopping is an integral part of any trip. Armenia offers excellent opportunities for buying both exclusively traditional items and outfits by world …
Read further
On February 14, Trndez is celebrated in Armenia. That’s a national holiday with pagan roots. The day was a celebration in honor of the Armenian goddess Astghik. The main characters of the holiday are lovers and young married couples. In the evening after the festivities, fires are kindled. Couples hold hands tightly and jump over the fire. If they manage to do this without separating their hands, their marriage will be strong and happy throughout their life. Elder people sprinkle jumping youngsters with grains of wheat and hemp as a symbol of happiness and prosperity. After the young couples, childless women jump over the fire. There is a belief that the flame would help them get a child. Ashes are sprinkled on the fields, which, according to beliefs, will help the soil become more fertile and bring a rich harvest.
On February 19, St. Sarkis Day is celebrated. He is the patron saint of all the lovers of Armenia. An amazing tradition is associated with this holiday. All day preceding the holiday, young girls and boys eat salty foods and refuse water. Before going to bed, they eat a special salt cake cooked by a married woman, who is in a happy marriage. At night, when thirsty, they see water in a dream. It is believed that a man who will be in a dream with water will be the girl’s betrothed or a dreamed girl will be the bride of the boy. Another unique Armenian holiday is associated with the day of the Transfiguration of the Lord. It is celebrated 14 weeks after Easter. The main feature of Vardavar is dousing with water. Young people and children bring lots of water and begin to pour each other and passers-by. Douching is accompanied by noise and fun. This holiday is one of the most beloved by Armenians. Copyright www.orangesmile.com
For active traveler - national parks, landscapes and nature of Armenia
The landscape and relief of Armenia are unique. Therefore, there is a huge number of nature reserves and natural monuments. One of the main national …
Read further
April 24 is the day off. On this day, all residents remember the victims of the Armenian Genocide. Thousands of Armenians gather near the memorial complex in Yerevan to lay flowers to the eternal flame and honor the memory of the victims of the genocide. On May 8, another holiday is celebrated. That’s Army Day or Shushi Liberation Day. Shusha is a town in Nagorno-Karabakh, which was liberated from the Azerbaijani occupation in 1992. February 28 is the Day of Remembrance of Armenians who died as a result of Azerbaijani pogroms in Baku, Sumgait, and Kirovabad. It is also customary to lay flowers at the memorial complex and remember the victims. Flags are lowered in the country. On Thursday, 8 weeks before the celebration of Easter, Vardanank is celebrated. That’s the day of St. Vardan's memory. He died while defending the Christian faith. 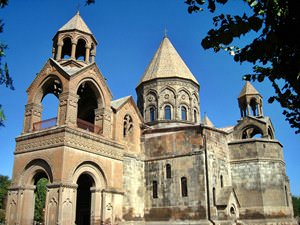 On August 11, the country celebrates the National Identity Day or Navasard. The holiday is known since ancient times. The tradition is connected with the legend about the progenitor of the Armenian people, Aike, who defeated Assyrian tyrant Bel. On this day, Armenians set the tables. It’s necessary to serve white bread that was grown by own hands or at least baked at home. The bread symbolizes the desire to please the gods. Pre-Christian Armenia believed that such offerings would help make the year more fertile. Guests are treated with light wines and sweet drinks. In September, the country celebrates the Khorovats Day. All the local people compete in cooking grilled meat, after which folk festivities with meals begin.

This article about national fests and celebrations of Armenia is protected by the copyright law. You can re-use the content, but only under the condition of placement of an active link to www.orangesmile.com.
Armenia guide chapters 1 2 3 4 5 6 7 8 9 10 11 12 13 14 15

Attractions and entertainment in top cities of Armenia

Yerevan
Yerevan is rich in numerous antiquity shops, but travelers are equally interested in them and wine shops. Quality Armenian cognacs are available for sale in all specialized shops, but supermarkets usually also sell a broad range of local alcoholic drinks. Active recreation fans will be delighted to visit local entertainment centers, each of which has much to offer to their visitors. For instance, Arena Entertainment Complex is a great destination for all fans of bowling. There is also a … Read more

Map of fun in Armenia