Nature of Armenia - national parks and reserves for active recreation 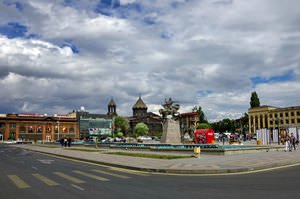 The landscape and relief of Armenia are unique. Therefore, there is a huge number of nature reserves and natural monuments. One of the main national parks of the country is the area around Lake Sevan. The center of the national park is a lake at an altitude of 1900 meters. Its maximum depth is 83 meters. The water has a bright azure color, which is explained by high mineralization. There is a huge number of endemic fish species. Sevan trout, Sevan khramulya, and Sevan barbel are among them. Due to the large volumes of fishing, trout is on the verge of extinction. Picturesque mixed forests of juniper, oak, hornbeam, and maple grow along Sevan. In the north-western part of the lake, there is the famous monastery of Sevanavank. It was founded in the 9th century. The lake and its environs are included in numerous tourist sightseeing tours.
Armenia economy - strengths, wealth and problems
If we take into account all the countries of the former CIS region, the economic development of Armenia today has a fairly large dynamics. Experts …
Read further
One of the most picturesque reserves in Armenia is the Dilijan National Park. It is located in the basin of the river Agstafa. It was created in order to preserve the beech and oak forests of the Tavush region. In total, over 100 different tree species can be found in the park. You can meet bears, Persian squirrels, stone martens, and Caucasian black grouses among the forest inhabitants. There are more than 150 species of birds and animals. Another large national park is located around the second largest lake in the country, Arpi. The landscape of this area is equal to alpine meadows. In winter, incredibly severe weather reigns in this park. Frosts can reach a record -50 C. About 700 varieties of plants grow there. About 200 different species of birds nest in the trees.
There are also several reserves in Armenia, where a person can only carry out research and observations. The Khosrov Reserve is in the western part of the country, close to the border with Turkey. It features delightful views of the hills covered with unique plants and trees. About 146 species of local plants are in the Red Book. The red cherry, mountain ash, hawthorn, Vavilov rye, and almonds are among them. The fauna is also incredibly rich. You can find tarantulas, scorpions, spiders-crosses, brown bear, bezoar goat, lynx, wolf, Armenian mouflon, and Asiatic leopard. Shikahogh Reserve is situated in the south of the country. There are more than 1000 different plant species, including unique ferns, plane trees, chestnuts, walnuts, persimmons, and pomegranate. Copyright www.orangesmile.com
Armenia sightseeing - top places to visit
Armenia is a country of old history and rich heritage. There are many places of interest in the country, and the majority of them are located in its …
Read further
Erebuni Reserve is in the central part of the country, not far from Yerevan. That’s the smallest reserve in the country. Most of its area features tertiary red clay that formed more than 10 million years ago. The main protected objects of the reserve are endemic species of cereals, which form lush and dense thickets up to 70 centimeters high. There are more than 200 natural monuments, which have the status of protected objects. Human activity is limited there. The waterfall of Tchekan, whose angle of incidence is almost 90 degrees, is among them. The height of the waterfall is more than 20 meters. That’s a very picturesque place, which is popular among tourists and local residents. There is a winter camp close to it, so you can visit the landmark at any time of the year. 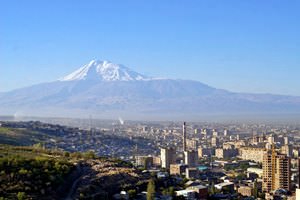 A rather unusual natural monument is the oak of the commander-in-chief of the Armenian army in front of the legendary battle of Avarayr, Vardan Mamikonyan. The oak was personally planted by Mamikonyan in 451. In November 1975, it was hit by lightning, which killed the tree. Oak's age exceeded fifteen hundred years. The cross-monument to the tree was erected in the 14th century. The remains of wood were transported to the village of Aknanhbyur. Another beautiful waterfall of 18 meters high is near the city of Sisian. Traces of an ancient man were found in the caves there. These are rock paintings and objects of the everyday life of the ancient stone age. Magnificent views open to tourists when visiting the extinct volcano Azhdahak, which is over 3.5 kilometers high. Its flora and fauna are incredibly rich. There are rare golden eagles, vultures, black vultures, and whitehead vultures.

This article about nature and national parks of Armenia is protected by the copyright law. You can re-use the content, but only under the condition of placement of an active link to www.orangesmile.com.
Armenia guide chapters 1 2 3 4 5 6 7 8 9 10 11 12 13 14 15

National and city parks of Armenia
♥   National Park 'Arevik' . On the map

Cultural sights in regions of Armenia

Yerevan
Among religious landmarks of the city, it is important to mention Saint Astvatsatsin Church. The latest reconstruction of this beautiful church took place in the middle of the 17th century as the building was severely damaged by the earthquake. Inside the church, visitors can still see ancient drawings and the name of its founder, Keram. Erebuni Fortress is one more important historical landmark of the capital. The ruins of the fortress were discovered in the middle of the 220th century. Until … Read more

Armenia: Map of sightseeing in regions