Cultural sightseeing in Armenia. What to visit - museums, temples, castles and palaces 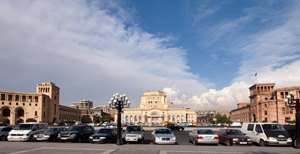 Armenia is one of the oldest countries in the world. Great battles and confrontations took place in its territory in different epochs. There is a belief that life began on Ararat after the universal flood of the Bible. Therefore, Armenia can rightfully be called the cradle of humanity. There are many monuments of different historical eras. Most of the country's largest museums are concentrated in the country's capital, Yerevan. One of the largest and oldest is the National Historical Museum, founded almost 100 years ago. Visitors will be able to recreate a picture of the history of Armenian lands in terms of the past 2 million years. The museum collection embraces a huge number of exhibits dedicated to the history of Christianity in the country and the ancient Armenian kingdom of Urartu.
National traditions and mentality of people in Armenia
The mentality of Armenians isn't solid. The characteristics can vary greatly depending on the region of residence. Highlanders living in the mountains …
Read further
The National Picture Gallery is located in the same building as the historical museum and occupies the upper floors. It features the complete collection of Armenian fine arts, as well as the largest collection of paintings by Aivazovsky. In total, visitors will be able to see about 170 art pieces of various authors of different epochs. An excursion to the Mesrop Mashtots Institute of Ancient Manuscripts will be exciting. It houses more than 17 thousand ancient and medieval manuscripts on various topics. Those are treatises on philosophy, medicine, and history. The exhibits contain information in different languages, including the ancient Armenian. One of the most valuable items is the Echmiadzin Gospel of the 10th century set on the elephant bone frame, as well as the collection of recipes of the Armenian doctor of the 15th century.
The Erebuni Museum is located on the Arin-Byrd hill. It contains a collection of artifacts found during excavations of the fortress of the same name. The city of Erebuni was founded more than two and a half thousand years ago. It was one of the largest cities in Urartu. Its ruins were found on the Arin-Berd hill on the territory of modern Yerevan. The modern name of the capital of Armenia derived from Erebuni. There are lots of museums of famous city residents in Yerevan. A tour to the house of the famous Armenian artist Martiros Saryan will be interesting. His paintings share a local Armenian flavor. The museum houses more than 200 pieces. The museum of Ovanes Tumanyan displays the literary legacy of this famous Armenian poet. The atmosphere recreates his office in Tbilisi. His personal library is an exhibit too. Copyright www.orangesmile.com
Things to do in Armenia - active leisure
The relief of Armenia is great for those who like extreme sports and active entertainment. The country doesn't have access to the sea. However, it is …
Read further
The theme of the Armenian Genocide is one of the most painful for these people. On Tsitsernakaberd Hill, which means 'swallow's fortress' in Armenian, there is a memorial and a museum of the Armenian Genocide. They were built in the 60s of the 20th century. There is the 44-meter stele that symbolizes the will and desire to survive at any cost, which is typical for the Armenian people. The structure is split into 2 unequal parts. The smaller one symbolizes the people who lived in Armenia, and the bigger one is for those Armenians who were forced to leave their native country due to the tragic events of the genocide. There is also a museum of genocide. The building of two floors goes underground and occupies about 2000 square meters. There is an exhibition in it, where photographs and publications of German photographers are represented. The memorial complex was named one of 9 memorial museums of the world, which must be visited by everyone. 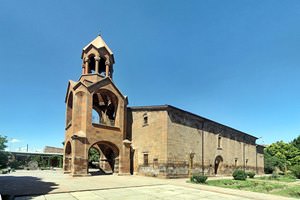 There are several objects inscribed on the UNESCO World Heritage List. The main temple of the country is Etchmiadzin. It was built in 303 when Armenia adopted Christianity as an official religion. It was the first country in the world that has done it. Monasteries of Haghpat and Sanahin, founded in the 10th and 11th centuries, are on the list too. One of the cultic monuments of history is Zvartnots or The Temple of Vigilant Angels. The temple was built in the 7th century. At the beginning of the 20th century, its ruins were found. The building could not stand the numerous earthquakes that periodically occur in the country. There is an ancient Roman temple in the village of Gyumri. The church was built 2 thousand years ago. Later, it was rebuilt from ruins.

This article about cultural sites of Armenia is protected by the copyright law. You can re-use the content, but only under the condition of placement of an active link to www.orangesmile.com.
Armenia guide chapters 1 2 3 4 5 6 7 8 9 10 11 12 13 14 15

♥   Art museum 'National Gallery of Armenia' Yerevan. On the map

Famous sites of culture and history of Armenia in photoset

Culture and monuments in popular cities of Armenia

Yerevan
In the center of Yerevan, tourists will find Republic Square that is surrounded by gorgeous buildings constructed in the previous century. Nowadays, these buildings are mostly occupied by governmental offices. The square looks particularly fabulous in the evening when an attractive illumination system lights up the area. Not far from the square, there is a picturesque boulevard. On this boulevard, visitors will see 2750 different fountains. All of them were built in 1968 when the city … Read more