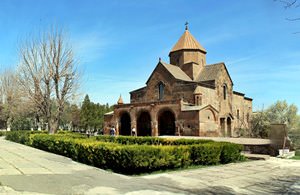 Armenia is a sovereign constitutional republic, a democratic legal modern state. The Constitution is the document having the highest legal force in the country and was adopted in 1995. It is in this document that the methods of exercising state power are prescribed. A full-fledged balance was created between the legislative, executive and judicial branches of the board. Absolute power in the republic belongs to the Armenian people. The seizure of any branch of power is criminal and punishable. The Armenian President has quite broad powers. He acts as the main guarantor of preserving the integrity of the legislatively approved internal territories and is responsible for the observance of the Constitution. He also controls the effective functioning of each separate branch of power. The President is elected by his people by direct undisclosed ballot for a period of five years. According to the legislation, anyone who has lived in the country for more than 10 years and who has reached the age of 35, can submit his candidacy for the Presidential election.
Armenia cultural sights. What to see?
Armenia is one of the oldest countries in the world. Great battles and confrontations took place in its territory in different epochs. There is a …
Read further
It is the President of the country who is authorized to represent Armenia in the world stage among leaders of other countries, appoint or withdraw ambassadors in other States. He has the right to appoint the Prime Minister of the Republic and other members of the government (as well as remove them from office). The President of the Republic of Armenia is the supreme commander-in-chief of the country’s internal armed forces. He has the right to declare war or conclude a truce pact. It is also in his right to declare a state of emergency and organize measures to eliminate them. Also, within the power of the President, is the awarding of official orders and medals, the appropriation of military ranks and the provision of asylum (citizenship) within the territory of the country. It is worth noting that the President has a huge influence on the judicial branch of the administration and even approves four judges from the Constitutional Court as well as the chairpersons of the Court of Appeal and the Court of Cassation personally.
Despite the impressive rights of the President of the country, the National Assembly remains the supreme legislative body in Armenia. This body has a unicameral structure. The number of deputies in the Assembly is 131 people. Of these, about 90 members of the Council are elected through the proportional system and only 41 through majority vote by constituencies. Each member of the National Assembly is elected for a period of five years. However, the President has the right to remove inefficient Deputies from office. The main responsibility of the People’s Assembly is to implement a full-scale control over the execution of the approved state budget as well as work with loans and credits that were introduced to the Republic by foreign partners. It is also the National Assembly that has been actively involved in the establishment and formation of the administrative-territorial division. Copyright www.orangesmile.com
Things to do in Armenia - active leisure
The relief of Armenia is great for those who like extreme sports and active entertainment. The country doesn't have access to the sea. However, it is …
Read further
The main structure of the executive power is the Government of Armenia. At its head is the Prime Minister whose candidature is personally confirmed by the supreme ruler, the President of the Republic. Subject matter Ministers work under his leadership. At the same time, it is the Prime Minister who in turn proposes to the President who should be their new members of Government. The main duty of the Government of Armenia is to organize an effective internal policy of the country. However, work on foreign policy is carried out on a par with the President of the Republic. Other responsibilities of the government include ensuring security and public order, organizing educational and medical assistance, ensuring cultural, regional and national development. All the powers of the government are regulated by the Constitution of the country. 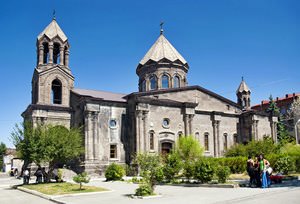 The main structures of the judiciary in the country are profile courts, the most important of which is the Court of First Instance, the Court of Appeal, and the Court of Cassation which is designed to provide and monitor the same and equivalent application of the law in all disputable situations. Compliance with all norms of the Constitution is implemented by the Constitutional Court. The body that unites all these instances is the Council of Justice. Among her duties together with the President is the formation of the judiciary of each structure. It is also worth noting that it is the Council of Justice that is entitled to prosecute judges who, in their opinion, works illegally (disciplinary or criminal). The prosecutor’s office in the Republic of Armenia is headed by the Prosecutor General of the country. At the same time, he can only act in strict accordance with the law of the country and the Constitution. In general, statistics show that the majority of the local population is satisfied with the work of both the judicial structures and the prosecutor’s office of the Republic.
What you need to know about Armenia prior to visit - advices
1. The borders of Armenia with Turkey and Azerbaijan are closed. It is impossible to get to Armenia through these countries. 2. If you have notes on …
Read further
The Republic of Armenia includes eleven provinces. The Government has the right to appoint governors to their posts. Internal self-government is exercised within each community. All representatives of local self-government bodies hold their office for exactly three years, after which re-elections are organized. The Mayor of Yerevan, the capital of the country, is personally appointed by the President of the Republic. Leading organizations in the country include the Union of Industrialists, the Union of Businessmen and the Union of Farmers. It is also worth mentioning that various trade unions are still actively operational in the country. The association of political scientists of Armenia and even the Russian-Armenian communities continue to function. 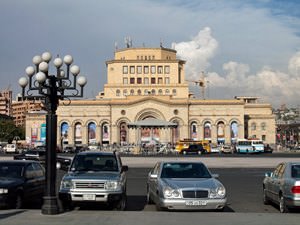 The foreign policy of the country is based on a complementary agreement. Thus, the country has managed to maintain quite balanced relations with the countries of the East and of the West for several years. At the same time, the policy in the Western direction is clearly defined and the active participation of the Republic in various Western international projects is keenly observed. Despite her history and location, Armenia looks very cautiously towards the Customs Union or integration towards the former CIS countries. As of last year, the Armed Forces of the country recorded more than sixty thousand servicemen of different profiles. The country has heavy artillery and air weapons. Since 1995, the project on the creation of the Armenian-Russian cooperation in the field of military personnel training has been fruitfully working in the Republic.

This article about political life in Armenia is protected by the copyright law. You can re-use the content, but only under the condition of placement of an active link to www.orangesmile.com.
Armenia guide chapters 1 2 3 4 5 6 7 8 9 10 11 12 13 14 15

Photogallery of famous places of Armenia

Yerevan
Birth is a no less important event in the life of any family. Parents always make a big celebration and invite all close friends and relatives to the party. They believe that will help the newborn to be surrounded by support and numerous friends during all his or her life. Here it is important to mention that locals make feasts for virtually any occasion. It is an ancient tradition and is still alive. Even not rich families can easily invite several hundred guests. Locals believe the more food … Read more