Sightseeing in Nagoya - what to see. Complete travel guide

Nagoya has been among the largest cities of Japan and attracted tourists from all over the world for many years. More than two million people reside in the Nagoya. This is a dynamic megacity with an eventful way of life, a flawless infrastructure and a friendly atmosphere, so all enthusiasts of outdoor activities will be interested in visiting this place. It is important to note that Nagoya is one of the most meaningful Japanese business and industry centers, so shopping enthusiasts often visit the city. In local shopping centers impressing with their size and extraordinary design, you can buy absolutely everything and reasonable prices for high-quality products will make your vacation more pleasant.
Top hotels in Nagoya for business trip or short vacation
The guests of Nagoya pay a special attention to upscale hotels occupying beautiful modern buildings. One of the most prestigious hotels in the city is Nagoya Marriott Associa. It occupies a …

Open
As scientists have managed to discover that the first settlements appeared on the territory of modern Nagoya in the Paleolithic period. It was quite a large and populous city already more than 3 thousands of years ago. The modern city was first mentioned in the 17th century. Exactly that time, Nagoya Castle

that is now the most important historic symbol of the megacity started to be built. Nagoya gained a city status in 1889 and that time more than 100 000 people resided in its territory.
Photogallery of Nagoya Castle:

The second half of the 19th century was characterized by the construction of the largest industrial centers. Over several decades, it gained a status of the global economic and production center. The prosperous and powerful industrial city was seriously affected during the Second World War and almost half of its territory was burnt. Already in 1956, local residents managed to restore the destroyed city that gained a status of one of the most important industrial Japanese centers and has not stopped developing for a minute. Copyright www.orangesmile.com
Excursion over cultural sights of Nagoya - 'must visit' points of interest
Travelers start getting to know attractions of Nagoya with old Nagoya Castle. This unique historical monument was built at the beginning of the 17th century and was seriously damaged during …

Open
Large Nagoya that underwent a lot of trials has preserved its historic and cultural heritage for all these years. The modern megacity will definitely impress fans of sightseeing tours. They can visit Nagoya Castle, old shrines, Buddhist temples and different interesting culture centers. Shopping enthusiasts will certainly like stylish shopping centers and artisanal workshops that can be found in lively shopping streets. As many hundreds of years ago, local craftsmen make amazing ceramic items. A lot of travelers buy beautiful hand-painted crockery as a memorable souvenir. 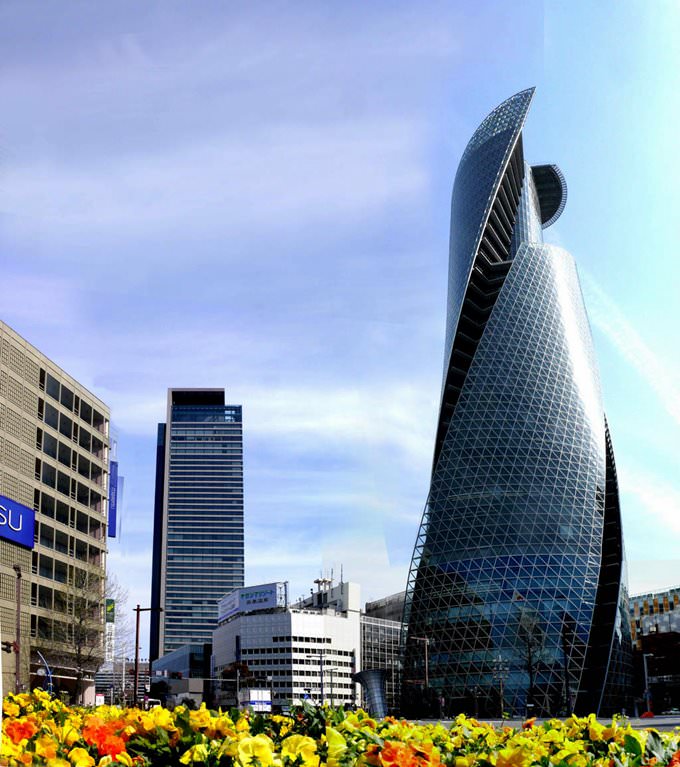 Upon arrival, many shopping enthusiasts are in no hurry to leave the station square. The matter is that there is the largest underground shopping center in Nagoya with an entrance directly from the square. This is a real underground city with a many streets full of colorful display racks and shining shop windows.
Your active city break in Nagoya. Attractions, recreation and entertainment - best places to spend your day and night here
In Nagoya, there is a worthy choice of interesting entertainment venues where the whole family can have fun. The vacationers with children should definitely visit the local Port of Nagoya …

Open
The city surroundings are also rich in interesting attractions. Despite the fact that Nagoya has a status of the large industrial center of global significance, fans of ecotourism will not be bored too. The surroundings of the city are a trove of wonderful nature attractions and interesting outdoor museums. One of the most popular places attracting nature admirers is the Urakuen Park where you can find an enchanting tea school and a lot of other cultural sites. Nagoya is a dynamic megacity with a cheerful and friendly atmosphere, a diversity of entertainments centers and restaurants, hundreds of modern hotels and guesthouses and an incomparable national charm. 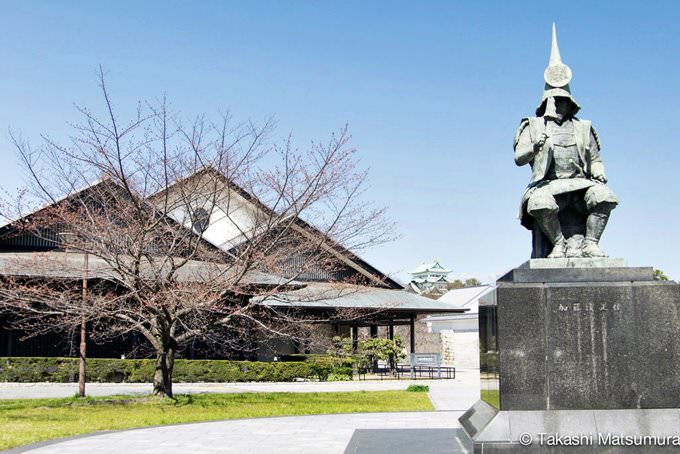 Nagoya outskirts are the location of an interesting ethnographic museum in the open air that is called Meiji Mura. Antique houses that were traditionally built in Japan in the second half of the 19th century are the main exhibits of this unusual museum. Houses from different parts of the country were brought to this museum, and some of the buildings belonged to famous and noble people in the past. Each of the houses features an interesting collection of antique items. The museum has one more unusual peculiarity – it has its own tram line with retro trams that take passengers to a tour around the museum. The age of the trams is also more than a century.
Top hotels in Nagoya for business trip or short vacation
The guests of Nagoya pay a special attention to upscale hotels occupying beautiful modern buildings. One of the most prestigious hotels in the city is Nagoya Marriott Associa. It occupies a …

Open
Atsuta-ku temple is the most interesting religious landmark of the region, but it is also safe to call it a museum. The temple keeps a unique emperor’s relic – the sacred sword of Kusanagi no Mitsurugi. Atsuta-ku has several spacious halls that are equally beautiful and luxuriously decorated. In total, there are more than 3000 different cultural and historical artifacts exhibited for visitors. It is important to note that people of absolutely different religion can visit this temple.

This guide to iconic landmarks and sights of Nagoya is protected by the copyright law. You can re-publish this content with mandatory attribution: direct and active hyperlink to www.orangesmile.com.
Nagoya - guide chapters 1 2 3 4

City tours, excursions and tickets in Nagoya and surroundings

Shopping streets in Nagoya
♥   Shopping area ' Sakae' Nagoya, 1.2 km from the center. On the map

♥   Shopping area ' Kanayama' Nagoya, 3 km from the center. On the map

Survived castles around Nagoya
♥   Castle 'Tobiyama Castle' Utsunomiya, 2.5 km from the center. On the map

♥   Castle 'Komakiyama Castle' Komaki, 14 km from the center. On the map

National and city parks around Nagoya
♥   Prefectural Natural Park 'Nishi chichibu' , 2.8 km from the center. On the map

♥   Prefectural Natural Park 'Chubusankei' , 35.4 km from the center. On the map

♥   Prefectural Natural Park 'Minamichita' , 46.6 km from the center. On the map

Sights around Nagoya from our guide 'Extreme places on Earth' Distance from Nagoya center - 2.8 km.
In addition, the building has special windows with double glazing, which gives pleasant coolness even in the glowing summer day. The building is equipped with unique lighting and energy-saving systems. Ultramodern air-conditioning systems have been installed in it. At present, about 8000 students are studying in three educational institutions. Especially for young people, various shops and restaurants have been opened next to the skyscraper. … Read further Distance from Nagoya center - 22.7 km.
It is safe to say that Steel Dragon 2000 is one of the most emblematic rides on the planet. It was opened in 2000 - a year of the dragon on the eastern calendar. The roller coaster really resembles a back of a huge dragon; the ride looks very impressive. The maximum speed that can be developed by carriages with passengers is 150 km/h. Brave ones are offered to overcome more than ten steep ups and downs at impressive speed. The steel dragon crest is not for the faint hearted. … Read further

Search touristic sites on the map of Nagoya

Sightseeing in regions nearby Nagoya

Kyoto
Until 1868 Kyoto was the residence of the emperor, the capital and the spiritual center of Japan. On the territory of the city are located 17 ancient temples, large number of historical monuments, many of which are under the patronage of UNESCO. Buddhism has made a crucial impact on the formation of the architectural style of the country. Even nowadays Buddhist temples amaze ... Open »
Osaka
One of the largest cities in the country and a famous trading port and industrial center, Osaka is a city with rich history, wonderful climate and beautiful natural landscapes. Or course, the city has quickly gained popularity as a tourist center. This place will be certainly liked by those tourists who enjoy visiting memorial sites and interesting excursions as there are ... Open »
Kobe
Shopping lovers should not forget to visit Yamato street. Here you will find numerous trading pavilions devoted to different themes and traditional Japanese restaurants. You can view the panorama of the city and its coastal line from the observation area of the port tower. Each day three thousands of tourists visit this area to enjoy the magnificent look of the port and ... Open »
Nagano
The city is located in the central part of the country and is characterized by the presence of the highest mountain ranges in Japan (Hotaka, Jari, Kiso and Akaisi), between which flow fast mountain rivers, the largest of which are Hime, Chikuma and Kiso. This unique landscape has made its impact on climatic conditions of the region. In summer it is pretty cool in Nagano, and ... Open »
Kanagawa
When it comes to historical monuments, the most famous architectural complex of this region is Kamakura town. Many years ago this town was a military capital of Japan’s rulers. Many years have passed since that medieval times, but today Kamakura continues being a famous place and a home to one of the most precious sights of our planet – copper Buddha statue. The height of ... Open »

All about Nagoya, Japan - sightseeings, attractions, touristic spots, architecture, history, culture and cuisine. Prepare your trip together with OrangeSmile.com - find out the 'must see' things in Nagoya, which places to visit, which excursions to take, where the breathtaking views are waiting for you. Planning your trip with this travel guide will help your to get the most out of Nagoya in few days.