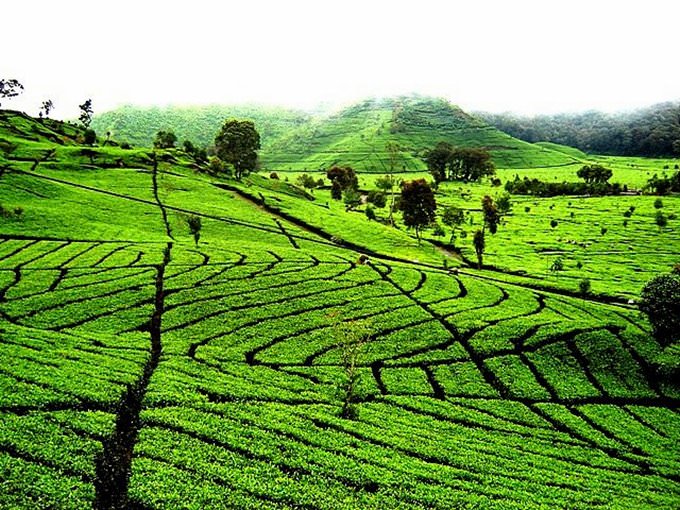 Java remains an attractive destination for those who are interested in Buddhism; there are ancient temples and places of worship among its main attractions. Those who can’t imagine their rest without trips to interesting museums would like these places; hikers would be surprised by an abundance of unique natural attractions. There are religious and historical sites literally in every town and village. The highest concentration of attractions takes place in Jakarta.
Best beaches and recreation areas around Java
Java has a very good choice of beaches. There are lots of parts of the coast with white sand, some of them are framed with dense tropical forests. Anyer has the beach with the same name …

Open
Taman Fatah is the center of capital’s historic district; it is surrounded by beautiful buildings of different eras. There are monuments of modern architecture in the immediate vicinity to historic sites; such a contrast is one of the main distinguishing features of the city. Bandung is also full of attractions; this city is famous for its interesting museums. There is a beautiful Situpatenngang lake and Dago waterfall; you would find amazing to explore these natural attractions.
One of the most famous and interesting religious sites located in the immediate vicinity of Jakarta is the beautiful temple of Borobudur. It is known to modern travelers as Temple of a Thousand Buddhas. It is one of the most amazing sacred places of the island featuring an abundance of unique artifacts and exquisite design. The largest temple complex on the island is Prambanan; it is located at the foothills of Colo. All travelers without exception are recommended to see this temple that has no rivals among architectural masterpieces of the island. Copyright www.orangesmile.com
Top hotels in Java for business trip or short vacation
The picturesque island of Java has more than 1500 accommodation places. Fans of upscale vacations are sure to be impressed with a decent selection of luxury hotels. Some of the most famous …

Open
Surabaya attracts fans of natural attractions; this is where the active volcano Bromo is situated. For local residents, it is the epitome of majestic deity; every year the amazing holiday is held in his honor. Unique historical object is a Sultan's palace (Kraton). Its last large-scale reconstruction took place in the 19th century. The palace impresses with its incomparable architectural style and luxurious interior; its walls house priceless Crown Jewels. The excursion program offered to guests of Java is very broad and diverse.

In the section below, you can get one of our excursion, activities or city discovery tours over Java and surroundings. Our website offers 10-30% lower ticket prices, when compared to the offline purchase on the spot.

This guide to cultural sights Java is protected by the copyright law. You can re-publish this content with mandatory attribution: direct and active hyperlink to www.orangesmile.com.
Java - guide chapters 1 2 3 4 5 6 7 8
Reference information
Map of all palaces

Public palaces near Java
♥   Palace 'Kraton Surakarta Hadiningrat' , 13.3 km from the center. On the map

♥   Palace 'Kraton Ngayogyakarta Hadiningrat' , 43.8 km from the center. On the map

Unique spots in Java and near Distance from Java center - 56 km.
The Indian island of Java has a wonderful religious symbol. On the isterritorium is the beautiful Buddhist temple Borobudur. It was built in the beginning of the 9th century. The mythical Mount Meru served as a prototype for the temple building. The location of the temple is the high hill on whose summit and slopes the huge architectural complex is located. The temple has a very unusual step form and looks very impressive despite its age. The numerous steps of the temple are adorned with the fine stone section. Everywhere you can see the ancient statues of Buddha and the mythical beings. … Read further Distance from Java center - 30.5 km.
Merapi Volcano is also one of the most dangerous supervolcanos in the world. Island’s Java volcano doesn’t look like its supervolcano “brothers”. If once it erupts, a lot of damages will be done to the Earth. For the last 100 years, its activity becomes rather high and that makes keep scientists’ head on a swivel. The volcanoes high is 2 914 meters. Every seven years it has large eruptions but small eruptions happen much oftener – twice a year. The strongest eruption was in 1930 and became a reason of 1 300 deaths. In 1974 the eruption has destroyed two villages and in 1975 another village was raised to the ground and claimed the life of 29 people. … Read further

Photogallery of cultural heritage of Java

Excursions over cultural sights of neighbours of Java

Surabaya
The Monkasel museum is an interesting cultural venue housed in the Soviet submarine. It has been in the inventory of the country since 1962; in 1990 it was decided to convert it into a submarine museum. During a tour of the museum visitors would listen about the structure of the submarine and the principles of its operation. It would be interesting for both adults and younger ... Open »
Bandung
Savoy Hotel is another prominent landmark of the city. The luxury hotel occupies a historic building notable for its magnificent colonial design. Several centuries ago among the regular customers of the hotel were many rich and noble people, and even representatives of royal families. Among the internationally renowned guests of the historical hotel were king of Siam, Queen of ... Open »
Jakarta
Travelers who want to admire beautiful old buildings are recommended to attend Candra Naya Mansion. It was built yet during the time of the colonial period. For a long time the building remained abandoned, so today it is practically in ruins. Jakarta is famous for its beautiful religious sites. Visitors of this wonderful city should definitely not forget to visit Masjid ... Open »
Bali
Kintamani volcano is known as the brightest natural attraction of the island. The volcano has gained worldwide popularity because of its unusual double crater. If you climb to the crater of Kintamani, you will see the volcanic Lake Batur that is distinguished by its truly marvelous beauty. Quite a notable fact - the depth of the lake remains unchanged throughout a year. Climb ... Open »
Denpasar
To the east of the city center is the famous cultural center Taman Budaya, which is occupied by an art gallery and several concert venues. Interesting cultural events, dance and music shows often take place within its walls. If during the daytime an entertainment program consists of walking around interesting historical sites and cultural institutions, then at nightfall, ... Open »

Culture guide to Java. Which fascinating sights to visit once you are in Java: temples, churches, museums, theaters and castles. Recommendations (with addresses, phone numbers and links) on the places 'must visit' in Java. Plan your own city excursion by using this page info!