Sightseeing in Fukuoka - what to see. Complete travel guide

Fukuoka is one of the ten largest cities in Japan. This is an important cultural, political and economic center. For centuries the city has been famous as an important trading port. Because of this fact this place has repeatedly been the reason for bloody wars. Tourists are mainly attracted by rich historical past of this beautiful and interesting city.
Cuisine of Fukuoka for gourmet with top restaurants and cafe
National food may seem exotic for many travelers. Small street stalls, yatai, are especially popular among guests of Fukuoka. There buyers are offered the most simple and affordable treats. …

Open
A protective wall, which reminds of the militant past, is surely one of main attractions of this place. The ruins of the wall are located in the western part of the city. The wall is made of huge blocks of stone and it has survived in many battles. The main reason for building this wall was in frequent raids of the Mongols to the ancient city. In the central district of the city named Hakata is the location of several old buildings, churches and squares. This part of the city is considered the oldest one.
There are several large parks on the territory of Fukuoka. Higashi Koen is known as the most beautiful one. There are several monuments in this park, one of which is dedicated to the founder of the Nichiren Buddhist sect. Move to the central part of the park and you will see two prayer stones. These stones are the reminders of the Mongol raids – the stones have been taken from defeated enemy's ships. The streets of the city are full of shops and open markets. Visitors of Fukuoka are usually particularly interested in traditional gifts. The most common souvenirs from this place are beautiful fabrics, which are called "Hakata ori" by the local people. Toys and crafts made of clay are also very popular. Copyright www.orangesmile.com
Authentic traditions, festivals and lifestyle of Fukuoka inhabitants
Fukuoka never ceases to attract tourists who like to rest in large modern cities. It is a thriving metropolis, one of the ten largest and most densely populated cities in the country. …

Open
The cultural program of every tourist should include the visit to Museum of Fine Arts of Asia. Here they will find a collection of paintings by contemporary artists, and several rooms devoted to paintings of the past. The city’s suburbs are the location of archaeological excavations. Here travellers will also find some very interesting findings.

The city is not without contemporary architectural monuments. Their largest concentration is found in the actively developing Momochi area. Here is the Fukuoka Tower - the highest skyscraper in the city, built in 1989. The height of the skyscraper is 234 meters. It is a popular tourist site with an excellent viewing platform at an altitude of 116 meters. All urban areas and sights can be seen from its top. In the skyscraper run several restaurants and cafes.
Excursion over cultural sights of Fukuoka - 'must visit' points of interest
Despite the fact that Fukuoka doesn’t feature an abundance of historical monuments and cultural centers, excursion fans won’t get bored in the city. One of the major historical …

Open
Lovers of historical sites will be interested in visiting Phu Quoc Castle, which was built in the early 17th century. It has remained only partially until today. Visitors will have an opportunity to examine some of the secondary buildings. They are well maintained nowadays. The castle is located on the territory of a vast park, where sports fields and wonderful recreation areas are equipped for holiday-makers. One of the historical buildings is occupied by a court nowadays. The other one houses a small art museum. 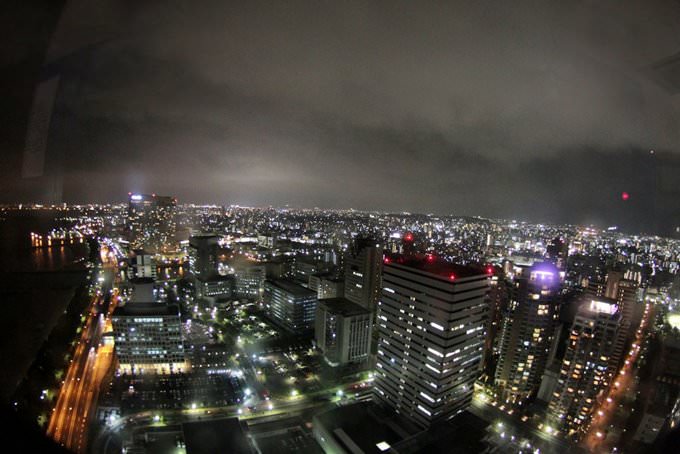 In Fukuoka, there is an excellent botanical garden, which forms a single complex with a nearby zoo. They were founded simultaneously in 1953. The gardens have lived through many difficult periods over the years. In recent decades, many measures have been taken to restore them. Today, the greenhouse located in the botanical garden is the largest in the country. It contains about 1200 plant species. The same number of species is planted outside the garden.
Your active city break in Fukuoka. Attractions, recreation and entertainment - best places to spend your day and night here
Fukuoka is full of beautiful parks and gardens, modern entertainment and shopping centers, sports complexes and numerous nightclubs. The Ohori park enjoys great popularity among nature …

Open
The Municipal Museum of Fukuoka will inform the visitors about the multifaceted and fascinating history of the city. The museum occupies a very beautiful modern building with arched structures. The museum has a wide range of exhibits, from archaeological artifacts found in the city to the very first photographs and important historical documents. The museum building is situated on the territory of a beautifully landscaped garden. It will be interesting to walk around here after the tour. 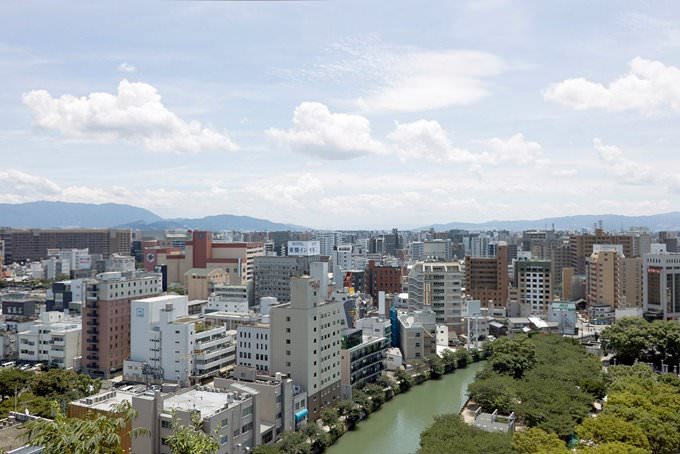 Suoi Tranh Reserve is of a separate notice. Beautiful waterfalls are its main value. Comfortable platforms with gazebos and benches are established here for vacationers. You can even swim in the waterfall.

This guide to iconic landmarks and sights of Fukuoka is protected by the copyright law. You can re-publish this content with mandatory attribution: direct and active hyperlink to www.orangesmile.com.
Fukuoka - guide chapters 1 2 3 4 5 6

Shopping streets in Fukuoka
♥   Shopping area ' Nakasu' Fukuoka, 0.5 km from the center. On the map

National and city parks around Fukuoka
♥   Prefectural Natural Park 'Dazaifu' , 9.8 km from the center. On the map

Sights around Fukuoka from our guide 'Extreme places on Earth' Distance from Fukuoka center - 0.4 km.
It’s important to note that it was managed to save a half of the old park during the construction of the office building. Together with landscaped frontage, the look is very harmonious. The area of ​​the stepped garden is about 5 400 square meters. The park has more than 50 000 plants of 120 different species. All guests of Fukuoka can visit this unusual place; it’s admission-free. Convenient stairways are there to move between terraces. … Read further

Search touristic sites on the map of Fukuoka

Sightseeing in regions nearby Fukuoka

Nagasaki
Since the city has always maintained connection with European countries, they had a great impact on its culture and lifestyle. Today many people call Nagasaki the most European city of the country. The western part of the city really looks like a modern European region. Even buildings here are not usual for Japan. The most remarkable structure of this region is the Glover ... Open »
Hiroshima
Don’t forget to visit Peace Memorial Park – a place that reminds of the tragic fate of the city, eternal values, and of the fragility of our lives as well as of the entire world. Surrounded by blooming sakura trees, this park has an eternal flame and Museum of Peace. In this city is also located Memorial Cathedral of World Peace built by the initiative of Hugo Lassalle, ... Open »
Busan
The port city of Busan is a popular destination in the south of Korea. This city is widely praised for its beautiful beaches. Besides them, there are many hot springs here, and local national parks are perfect for a stroll. Busan is a large city with active cultural life. Sailors from all over the world arrive in Busan. There are so many of them in the city that it feels like ... Open »
Okayama
The Museum of Art is one of the most beautiful buildings, where guests can look at collections of paintings by prominent Japanese artists. The building is located on a small hill and looks like an ancient temple. This is a majestic and graceful place. Hayashibara Museum of Art is no less remarkable. In addition to the exhibition of paintings, several rooms of the museum are ... Open »
Kobe
Art Museum is one of the main sights of Kobe. The museum holds a collection of ancient pictures as well as works of modern masters. Minotaur Tomb is one of few ancient sights that have managed to survive. This is quite an interesting architectural complex that is worth visiting. The largest garden of Kobe is called Sorakoen. Here you can make a walk on shadowy valleys and ... Open »

All about Fukuoka, Japan - sightseeings, attractions, touristic spots, architecture, history, culture and cuisine. Prepare your trip together with OrangeSmile.com - find out the 'must see' things in Fukuoka, which places to visit, which excursions to take, where the breathtaking views are waiting for you. Planning your trip with this travel guide will help your to get the most out of Fukuoka in few days.