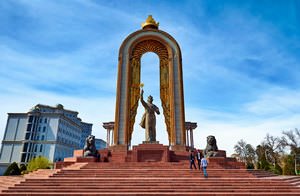 One of the smallest countries in Central Asia that is famous for its rich history and culture – Tajikistan really has much to impress its guests. Marvelous mountain sceneries, broad prospects for active recreation, interesting archaeological regions, and historic landmarks of different periods await for guests of this wonderful country. Different mountain ranges occupy more than 90% of the country’s territory. Such a complex terrain has made it possible to preserve peculiar natural and historic places of interest.
Things to do in Tajikistan - active leisure
By taking a brief look at the map of Tajikistan, it might seem that a vacation here is only about mountain activities. It is easy to think so because …
Read further
During the prehistoric times, such ancient civilizations as Sogdia and Bactria existed in the territory of modern Tajikistan. During the second millennia BC, Aryan tribes settled in the mountain regions of the country. The Kushan Empire occupied this territory in the 1st – 4th centuries. Later, the Hephthalite Empire emerged in the same region. The reign of the first Iranian-Tajik dynasties started at the beginning of the 8th century. The reign of the Samanid dynasty was one of the most notable periods in the history of the country.
After that Ottoman and Mongol dynasties were the rulers of the region, and this is the reason why the culture of Tajikistan has always been a fabulous combination of different cultures and multinational traditions. The territory of modern Tajikistan became a part of the Russian Empire in the second half of the 19th century, transforming into the Tajik Autonomous Soviet Socialist Republic after the revolution. Tajikistan became an independent country in 1991 after the collapse of the Soviet Union. Copyright www.orangesmile.com
What you need to know about Tajikistan prior to visit - advices
1. Dushanbe is the capital of Tajikistan, and Tajik is the national language. Almost everyone can speak Russian. 2. Somoni is the national currency …
Read further
The majestic Fann Mountains remain one of the symbols of the country. They are a part of the western Pamir-Alay mountain system. This mountain region is home to fast mountain rivers and lakes with crystal clear water. Some mountains are capped by thousand-year-old glaciers. Travelers can participate in hiking tours that differ in length and complexity level. Some mountain regions are particularly popular with fans of extreme sports. 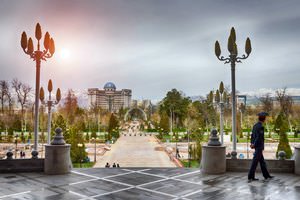 It is interesting to visit Karakul Lake regardless of the season. The beautiful lake is the biggest naturally formed water basin in the country. Karakul is located at an elevation of almost 4,000 m above sea level. The temperature of water is not higher than 12 °C even in summer. Impenetrable mountains protect the lake from one side, and there are beautiful fields on the other side. Local people use these fields as pastures for their livestock.
What to see and what to visit in Tajikistan with children
Tourists who plan to visit Tajikistan with children usually ask the following two questions: 1 – is there suitable infrastructure to stay and have …
Read further
The capital of Tajikistan – Dushanbe – has the biggest number of historic landmarks and cultural centers. Tourists may find it interesting to visit the National Museum that exhibits a unique collection of artworks, historic artifacts, and precious natural history items. The most valuable archaeological findings discovered in Tajikistan are also exhibited here. 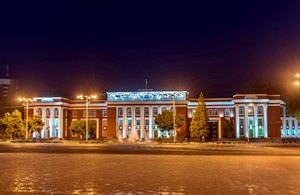 The Hisor Fortress is a very interesting historic landmark. The first protective construction was erected on this site approximately 2,500 years ago. According to historic data, the fortress that we can see now was built in the 16th century by order of a Bukhara Emir. During several centuries, the fortress was a residence of rulers. Unfortunately, only the main gate and fragments of the walls have survived until our days.
Shopping in Tajikistan - best shopping places, what to buy?
Tajikistan is a mountain country in Central Asia. The Pamir Mountains occupy a large part of the country’s territory. Somoni is the national …
Read further
It is also worth mentioning Ajina-Tepa, an important archaeological site. The first excavations started here in 1961. Scientists found ruins of a Buddhist monastery that was constructed roughly in the 7th or 8th century. Besides fragments of old buildings, archaeologists discovered ancient Buddha statues, as well as other interesting artifacts. Nowadays, the archaeological site is open for tourists. 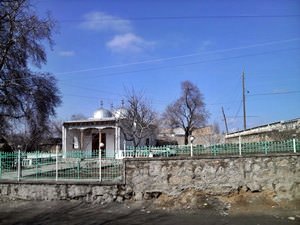 Do you like exploring beautiful places? Then an excursion to the Tajik National Park is exactly what you need. The park covers an area of more than 2.5 million hectares and stretches to several mountain regions. In spring and summer, visitors can admire blooming Leontopodium flowers and marvelous mountain sceneries. Several safe parts of the national park are open for visitors in winter. The park has special areas for eco-tourism. In summer, visitors can stay in a camp and walk to the most protected areas of the park.
When and where to 'hang out' in Tajikistan - festivals and celebrations
Tajikistan is a southern latitude country, nevertheless, winter months often bring cold weather and snow. This makes everyone wait for spring …
Read further
The capital of Tajikistan has regular air connection with Moscow. As a rule, there are 3 – 4 flights a week from the Russian capital depending on the season. Tourists can also reach Tajikistan by train from the neighbor Kazakhstan, Uzbekistan, and Turkmenistan. The country has ferryboat connection with Afghanistan. Finally, it is possible to reach different cities of Tajikistan by buses from Kyrgyzstan and Uzbekistan.

This article about iconic landmarks and sights of Tajikistan is protected by the copyright law. You can re-use the content, but only under the condition of placement of an active link to www.orangesmile.com.
Tajikistan guide chapters 1 2 3 4 5 6 7 8 9 10 11

Famous and uniques places in Tajikistan from our review series 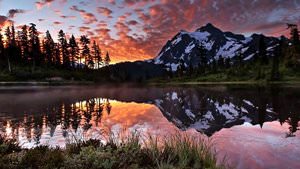 A large mountain crater, Karakul, is situated in Tajikistan. It’s incredibly attractive from a research point of view. The diameter of the crater is about 45 kilometers. The structure was formed about 10 million years ago. The main feature of the crater is its location, 6 000 meters above sea level. So, it can be considered the highest meteorite crater in the world.

It was possible to discover this unique geological formation only thanks to satellite images. That significant event happened a few years ago. Another interesting feature is a lake of about 25 km in diameter filling the crater. The area around the water attracts scientists. Other parts of the structure are completely deserted.

Certain types of plants, including a feather grass and a wormwood, grow along the lake. You can … Read all 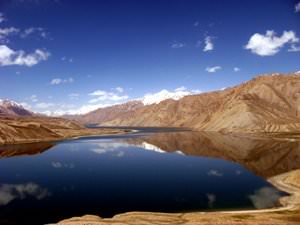 Yashilkul Lake, located in Southern Pamir, is one of the most striking natural sights in Tajikistan. The height of the lake above sea level is 3 734 meters, and its mirror surface is 36 q. Km The depth of the lake is also quite impressive and reaches 50 meters. The ancient rock inscriptions were discovered during the research of the territory adjacent to the lake. They have a thrown on the history of sea formation. According to the main version, it was formed in the 13th century.

Because of the strong landslide, Alichur Bergfluss was sealed off. Gradually, the lake has become quite large because of the active glacier melting. The glaciers have been feeding the lake for more than seven centuries. From Yashilkul comes the great Gunt River. Literally 'Yashilkul' can be translated from … Read all 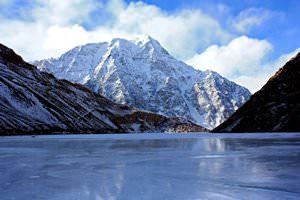 In the Pamir at the height of 3 263 meters above sea level is the Saressee. The surface of the basin forms 80 q. Km, and the maximum depth reaches 505 meters. The Sarassee is one of the few on earth, the date of its formation - February 5, 1911, known. On this day there was a strong landslide in the mountains, as a result of the Murgab river was flooded.

During the collapsion some mountain villages were completely destroyed and the Usoi dam - the natural dam with the height of 567 meters - was formed. The lake formed as a result of the fall was named in honor of the destroyed mountain village of Sares. A few years after the formation, the lake remained stagnant. Then the source has formed in the natural causeway. For more than a century, the water from the glaciers flows constantly into … Read all
All unique sightseeing Tajikistan

Sightseeing in popular cities of Tajikistan

Dushanbe
According to the official historical records, Dushanbe was founded in the 17th century. At that time, there was a kishlak on the site of the city. This kishlak had the same name as the modern capital of Tajikistan. This was a small settlement that emerged on the crossing of trading routes. Every Monday, a big and quite noisy bazaar opened in the kishlak. Perhaps, this is the reason why the settlement got its name. Until 1917, the settlement was a part of East Bukhara. At that time, this was a … Read more

Khujand
According to historical data, the city existed yet during the ancient times of the Achaemenid Empire. When Alexander the Great captured this ancient land, he decided to protect his new territory better and renamed the existing settlement to Alexandria Eschate. In the 13th century, the army of Genghis Khan completely destroyed the city. However, Khujand rose from ashes and became a prosperous city again because of its strategic location at the crossing of trading routes. In May 1866, Russian … Read more

Istaravshan
The first settlement on the site of modern Istaravshan appeared yet in the 6th century BC. That settlement had another name – Kiropol, also known as Kireskhata and Kurushada. Many scientists think that Persian king Kir was the founder of the city. When Alexander the Great invaded Central Asia he had troubles capturing Kiropol because the city had a sophisticated protection system. The conqueror had to think of a tricky plan to get the city. Although Alexander succeeded in doing that, local … Read more