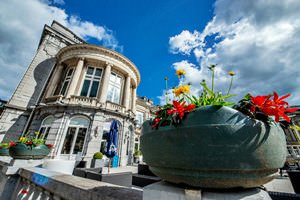 The autumn stage of Formula 1 is one of the most popular events taking place in Spa. The Belgian Grand Prix is held at the Circuit de Spa-Francorchamps. This track is very famous in the Motorsport world. Competitions have been held here for almost a century since 1925. It is worth noting that the track was originally a little different. The athletes rode on rural public roads between the settlements of Spa, Francorchamps, Malmedy, and Stavelot. The track was opened in 1921. Only motorcyclists originally competed here. Famous racing driver Antonio Ascari won the first automobile Grand Prix.
Excursion over cultural sights of Spa - 'must visit' points of interest
Spa is rich in symbolic historical attractions. One of the most significant ones is Poûhon Pierre-le-Grand. Peter the Great spent several weeks at the resort in 1717 and stayed exactly at …

Open
Races on the track near Spa were included in Formula 1 in 1950. Juan Manuel Fangio won the first race. The old track is ideal for walking or biking for vacationers today. But the intensity of passion was characteristic of this place in the past. Sometimes tragic cases happened here. It was quite difficult to assist quickly the riders who were in an accident here. This was due to the large length of the circle, which was more than 14 kilometers. One of the race participants died losing control of the car after a collision with a bird in 1960. Another rider was in a serious accident, crashing into a house in 1966.
As a result, the old track was deemed too dangerous in 1972. Formula 1 returned to Spa in 1983. It was held on the same track where the races are held today. Spa-Francorchamps is seven kilometers long. It is the longest of all the tracks in Formula 1 today. Many riders find it also the most interesting. By the way, this is where Michael Schumacher made his debut in 1991. He won his first Formula 1 Grand Prix here in 1992. Competitions did not take place in Spa only in 2003 because of the ban on tobacco advertising, adopted at the legislative level. The organizers could not agree with the sponsors. Also, the competition was not held here in 2006. The reason was the failure of the term of modernization of the circuit. Copyright www.orangesmile.com
Your active city break in Spa. Attractions, recreation and entertainment - best places to spend your day and night here
Spa is a small town. Its name has become a common noun for a subspecies of resorts. People come here for the opportunity to combine leisure and recovery. They bathe in the mineral waters, …

Open
If you want to visit Spa only during the competition, you can buy a bus ticket from Verviers. It allows you to make trips back and forth throughout the competition. The sports festival invariably takes place from Friday to Sunday. Dates can be changed. You can come to the track on Thursday. Races traditionally do not take place at this time. But you can walk along the pit-lane and the start line, as well as participate in the autograph session of the pilots. Three sessions of free races are training sessions. They are held on Friday and Saturday. 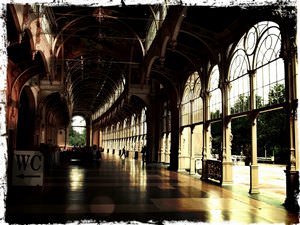 Qualifying takes place on Saturday afternoon. Its results determine the order of drivers at the start of Sunday's race. A good starting position is important. However, it does not guarantee victory. Tickets can be bought on any of the days. You can also purchase tickets for all three days. It will be more profitable. If you are sure that you will get to Spa during the Grand Prix, it is better to book tickets in advance. This is more profitable than buying them at the checkout on the spot. It is worth noting that the races of Formula pilots alternate with performances of the so-called "support races". They are less high-level, but also are very spectacular. These are, for example, a GP2, GP3 or Porsche Supercup.
Top hotels in Spa for business trip or short vacation
Historical hotels where you can make your recreation unforgettable are a special appeal of the resort. Travelers who are not indifferent to the culture of the last centuries should certainly …

Open
There are places for fans all over the track in Spa. Tickets are sold both with fixed seats on the tribune and with free placement in a specially designated area. Turn Eau Rouge with a height difference of 35 meters is one of the most spectacular. Keep in mind that there are a lot of spectators, especially on Sunday. The Pouhon turn is another place with a decent view. Remember that it rains regularly here. So bring a raincoat or at least an umbrella. 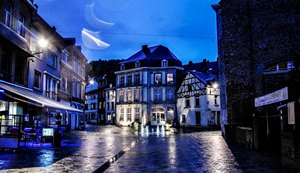 In addition to the Formula 1 races, there are many other competitions on the track in Spa. 6-hour international races are held here in April and May. A wide variety of national championship races, rallies and local and world motorcycle races take place in the summer. The world-famous 24-hour race takes place on the track in July. You can visit the GT and GLP series races in September. Daily competitions are held on the track at the end of October. However, if you are indifferent to Motorsport and sports in general, you should come to Spa in August. Traditionally, exhibitions of famous Belgian and European painters are held here at this time.
Shopping in Spa - main shopping streets, outlets and boutiques
Spa is known all over the world as a resort for everyone who wants to relax and spend a holiday with health benefits. However, there are no many residents, luxury shopping centers or large …

Open
In addition, amateur and professional theater groups from all over the country are coming to the town this month. The theatre festival takes place in Spa in August. It is equally aimed at attracting tourists, and the exchange of experience between actors and producers. You will be able to see both classic and modern productions at this time. Catholic Easter, Christmas, the Holy Spirit Day, All Saints Day is celebrated on a large scale in the town. The locals also celebrate the New Year, the King's Oath Day, and Day of the Royal Dynasty.

This guide to traditions and festivals in Spa is protected by the copyright law. You can re-publish this content with mandatory attribution: direct and active hyperlink to www.orangesmile.com.
Spa - guide chapters 1 2 3 4 5 6 7 8

Cathedrals and basilicas near Spa
♥   Sanctuaire de Notre-Dame de Banneux, Banneux, 9.8 km from the center. On the map

♥   Basilique Notre-Dame à Chèvremont, Vaux-sous-Chèvremont / Chaudfontaine, 19.7 km from the center. On the map

♥   Cathédrale Notre-Dame-et-Saint-Lambert, Liège, 26.7 km from the center. On the map

♥   Kaiserdom Unserer Lieben Frau, Aachen, 35.1 km from the center. On the map

Survived castles around Spa
♥   Castle 'Château de Franchimont' , 4.9 km from the center. On the map

Colors of Spa in photos

Traditions and festivals in cities around Spa

Liege
One of the outstanding features of the Liege city is its national color. The way of life of local folks, their customs and traditions are of great interest for travelers. Each tourist strives at least for a day to sink into the inimitable atmosphere of the city life, which is full of sudden exciting surprises. Each Sunday the major part of local people sets off to the Marché ... Open »
Aachen
Many people call Aachen the city of students. The reason for this is in the fact that the local technical university attracts young people from different countries. There are always many people on the streets of the city – students hasten to their classes, relax in outdoor cafes and study lectures in shadowy parks. Due to such large number of visitors travelers always feel ... Open »
Maastricht
Of course, the southernmost city of Holland is distinguished by special national features. Its residents cherish the traditions and customs of their ancestors. You will understand this if you visit the city during one of national holidays. Thus, Maastirht is the only city in the country where is organized Christmas market. For several days the city transforms into a colorful ... Open »
Kerkrade
Locals are known for their love for their hometown and historical traditions; they are very hardworking, caring about cleanliness and environment. Just take a walk along the city streets to feel these traits of the national character. There is not a single deserted place here, all areas free from buildings are occupied by public gardens and parks, and along city streets, there ... Open »
Namur
One of the youngest holidays in Namur’s cultural calendar is the Festival Nature Namur. This festival is dedicated to environmental topics. A lot of thematic events, one way or another relating to environmental issues, are held within its framework. The festival is attended by film directors who present their films on nature and the environment. In recent years, the ... Open »
Monchengladbach
The locals pay much attention to important religious holidays. Their traditions are aged many hundred years. Interesting entertainments and carnivals are annually held before the Lent. It always follows the carnival week. For seven days, colorful parades and street performances are daily held. The entertainment program implies activities for children too. They can enjoy ... Open »

Cityguide on traditions, mentality and lifestyle of people in Spa. Learn the best periods to visit Spa to discover its soul - authentic festivals, events and celebrations. We will also reveal the interesting habits, attitude towards the world and to tourists in Spa.