National traditions of Slovenia. Habits, mentality and the way of living 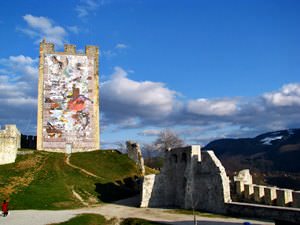 Slovenia is a small country that has absorbed the best cultural elements of its neighbors - Austria, Italy, Hungary - to create its own authentic culture. Slovenes are friendly, peaceful people who love their country and are proud of it. Since Slovenian is far from being popular language, most tourists do not speak it, so those tourists who have learned at least a few basic phrases can make a positive impression on locals. The majority of the country's population are Catholics. About 85% of local residents are Slovenes. Italians, Hungarians, and Gypsies also live in Slovenia.
When and where to 'hang out' in Slovenia - festivals and celebrations
In Slovenia, the traditions of ancient Europe and modern culture are intertwined in a unique way. Many Slovenian holidays have their roots deep in …
Read further
Slovenians are hardworking and diligent in business, so one can rarely find hacks or slackers among them. Nevertheless, many of them do not like discussing work during off-hours, especially at the dinner table. They are always ready to help anyone. Inside the local house, it is customary to take off street shoes and wear home slippers. Symbols of high status in Slovenia are cars, expensive clothes and gadgets. A car, expensive or not, often becomes a kind of family member, which is not surprising, since many people have to work hard and save money to afford it.
The family is very important for Slovenes, but houses and lands are even more important for them, especially in rural areas. When a Slovene is not working, he/she should take part in household chores. Both urban and rural residents often sweep their streets and generally try not to litter either on their own or someone else’s territory. Usually, Slovenian families consist of several generations living together, but in recent years, when many rural residents began to move to cities, this tradition has become less common. However, when leaving home, Slovenians do not lose ties with loved ones. Unfamiliar and older married women are politely addressed as “Gospa”, unmarried - “Gospodièna”, men - “Gospod”. Copyright www.orangesmile.com
For active traveler - national parks, landscapes and nature of Slovenia
Slovenia is a small country located on the boundary of southern and central Europe. The state shares borders with Italy, Hungary, Croatia, and …
Read further
Meeting with friends, Slovenes of both sexes usually shake each other's hands. Kisses and hugs are not as common here as in other Slavic countries, but sometimes close friends and relatives kiss each other on the cheeks. Eye contact is very important. Slovenians can adjust their behavior to the interlocutor belonging to a different culture. A Slovenian would duck the question rather than say something that, in his opinion, may offend the interlocutor. Most people in Slovenia speak quietly and calmly, do not like boasters, respect modesty in others and try to be restrained. 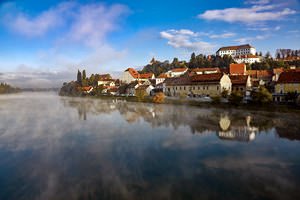 Slovenians do not like being reminded that their country was part of the Soviet Union, as well as being compared with their eastern neighbors. They consider themselves residents of Southern and Western Europe. Slovenian Roma people are often discriminated against by ethnic Slovenes who suspect this ethnic minority of thefts. Representatives of sexual minorities may face discrimination as well, although the law does not prohibit same-sex relationships. Slovenia is a patriarchal country, women are mainly engaged in medicine and culture, the majority of teachers and social workers are women. Working women have to take on additional workload in the form of housework, which traditionally is not expected from men.
Unique sights of Slovenia from our series 'Extreme places on Earth'
These spots really worth the attention of a real traveler-researcher. …
Read further
Slovenians really love their sportsmen, most of whom are engaged in winter sports like skiing due to the proximity of the Alps. Every winter, the country holds all sorts of sports competitions, which are monitored and watched by millions. Also, Slovenes support their artists, writers, actors, and scientists. The support comes from both the government and ordinary Slovenes who are interested in arts and enthusiastic about visiting theaters, reading books by Slovenian authors, and watching news about the latest scientific achievements. An important element of Slovenian culture is folk songs and dances, which are still included in traditional festivities.

This article about national traditions in Slovenia is protected by the copyright law. You can re-use the content, but only under the condition of placement of an active link to www.orangesmile.com.
Slovenia guide chapters 1 2 3 4 5 6 7 8 9 10 11

Castles of Slovenia
♥   Castle 'Bled Castle' . On the map

Famous sites of Slovenia in pictures

Unique traditions in cities of Slovenia

Ljubljana
Local people consider the career to be one of the most important aspects of life, that is why one should not wonder the curiosity of local folks for the businesses and occupations of the foreign visitors. The independence and self-determination along with self sufficiency also find their reflections in every sphere of life. Setting off to the restaurant with new acquaintances one should keep in mind that the restaurant bill is paid individually, even women are paying for themselves. Generally … Read more

Novo Mesto
Similar festivities are held on the occasion of the Butter Week. Among the main symbols of this holiday are frightening masks. Hundreds of years ago, with their help, local people tried to scare winter away so that it would soon give way to spring and rise to a new fertile year. A mandatory component of all the local holidays and festivals is folklore performances. National music is especially popular among tourists - traditional Slovenian music is very energetic and slightly reminiscent of … Read more