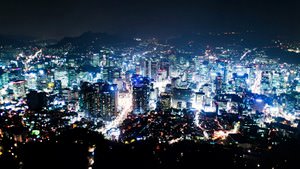 You may be surprised to notice that almost all the Koreans around you are very light-skinned in Seoul, even in the height of summer. The secret is simple – a tan is considered a sign of low social status in South Korea. It is normally only for the working class. Local residents use any tool to combat sunburn. These are sunscreens, umbrellas on a hot day, and whitewash. You should not be surprised if you see a typical European woman instead of a model with a predictable Asian appearance on billboards. Light skin, light hair, and blue eyes are considered incredibly beautiful here. In general, everything American and European is highly valued here.
Guide to Seoul sightseeing - things to see and to visit
Seoul is an amazing city with centuries’ old history. It is the most populated city and the capital of South Korea. According to historical records, a large town on the site of modern …

Open
The locals are friendly to foreigners. Any Korean will help you to find the way. If he has free time, he will even take you to the right place, cover you with his umbrella from the rain or sun, and try to help in a difficult situation. If you speak English well, then local residents will not miss the chance to communicate with you, hoping to improve their knowledge of this language.
Citizens of Seoul do not like to be photographed. However, they can make a couple of shots. They can also take pictures of foreigner who seems beautiful to them. The fact is that an attractive appearance but not a high intellectual level is the key to success in South Korea. It is quite normal to give child plastic surgery for adulthood here. Many local girls and boys adjust their shapes and facial features more than once or twice during their lives. Copyright www.orangesmile.com
Family holidays with kids in Seoul. How to entertain your child, things to show to children.
Seoul is an ideal place for families with children. There is everything that a child can wish for here. The variety of entertainment is very large - from amusement parks with attractions for …

Open
Effort is also valued more than intelligence here. Employees do not have vacations at all in Seoul. Local residents can take a few days off in August. Local schoolchildren also have a difficult life. Education is valued in Korea. However, it is not easy to enter Seoul University. Higher education is expensive here. It's not easy to get a free education here. Therefore, teenagers study until late at night. There is a saying among high school students: "Who sleeps more than four hours – does not enter the University." 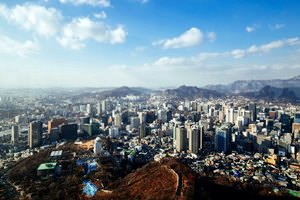 Industriousness of Koreans is a consequence of Confucianism. It is firmly rooted in the mentality of local residents. Almost a third part of Seoul's residents profess Christianity in one or another form. However, traditional teachings permeate the entire life of citizens at the same time. Local residents have great respect for their elders and for people with higher social status. For example, the last decision will always be for the oldest in the company of teenagers. The son is dependent on the father, the employee – on the boss, the schoolboy – on the teacher. This is an immutable truth. Younger children are not allowed to address their elders by name. They can only say "big brother/sister". An appeal to a supervisor or teacher always contains the word "mister". Seoul residents have a lot of respect for teachers. Only the head of the city can dismiss them from their position. Keep in mind giving up space in transport to an older person means pointing out his inferiority. The last three seats on the sides of the wagon are intended for old people in the subway. Seats at the door are destined for pregnant women.
Cuisine of Seoul for gourmet with top restaurants and cafe
The first thing to note is that Koreans do not eat dog meat for breakfast, lunch, and dinner. Moreover, the modern generation has never tasted these animals. The last market that sold such …

Open
Requirements are lower for foreigners here. They should follow the local laws and respect the customs of the citizens. Everything will be fine in this case. However, do not be surprised if the locals will try to find out your age and marital status when communicating. This is how the interlocutor determines your social status. An unmarried guy will not be considered a full adult in Seoul. It is also worth considering that local residents add one more year to their real age. This is because the time spent in the mother's womb is also included in the overall age. 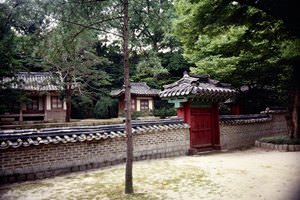 New Year is celebrated twice here. The first time residents celebrate the European New Year. They celebrate it quietly, modestly, and together with family members. The second time Seoul residents celebrate the New Year according to the lunar calendar. These are two weeks of festivities, carnival processions, and theatrical performances that penetrate all corners of Seoul. It is considered that both living and dead relatives gather at the table. Families exchange gifts. Younger members of the family congratulate their elders in the traditional manner. You can also get acquainted with the local culture during the Hanseong Baekje Cultural Festival. The Hi Seoul Festival is also interesting. It takes place throughout the city, introducing guests to the traditions and customs of Koreans. The Seoul Motor Show takes place in July. You can see and hear the Seoul International Fireworks Festival in the city in October.

This guide to traditions and festivals in Seoul is protected by the copyright law. You can re-publish this content with mandatory attribution: direct and active hyperlink to www.orangesmile.com.
Seoul - guide chapters 1 2 3 4 5 6 7 8

City tours, excursions and tickets in Seoul and surroundings

Cathedrals and basilicas near Seoul
♥   Yakhyeon Church, Seoul 서울시, 3 km from the center. On the map

♥   Shrine of Saenamteo, Seoul 서울시, 6 km from the center. On the map

♥   Joeldusan National Shrine of Korean Martyrs, Seoul 서울시, 8.1 km from the center. On the map

Survived castles around Seoul
♥   Castle 'Acha Mountain Fortress' , 9.2 km from the center. On the map

Take a closer look at your tourist brochure. Most probably, it has an image of the traditional wooden Hahoe masks. These Hahoe masks are an important cultural heritage of the country. They have a very long history. Originally made from alder, these masks were widely used in theatrical folk plays. Hahoe masks reflect different social groups and show emotions typical for every group. There are 12 major types of Hahoe masks: monk, butcher, bachelor, young girl, bride, widow, noble person, scientist, fool, servant, envier, and lion. It is a secret how masks of the servant, bachelor, and lion looked like in the past because they were lost. … Open

Colors of Seoul in photos

Traditions and festivals in cities around Seoul

Fukuoka
Celebration begins with a parade taking place on the main avenue of the city. Lots of children are usually involved in the solemn procession that makes the holiday even more touching and sincere. Matsubayashi performances, in which participate about 10,000 people, have become traditional for the holiday. It looks simply mesmerizing; all the performers wear beautiful national ... Open »
Nagasaki
Nagasaki hosts many annual festivals, each of which has its own unique history. In August, during the traditional Obon Festival, local residents honor the memory of deceased relatives. For this event, townspeople built small boats with photographs of relatives who died in the current year fixed on them. A solemn procession passes through the city streets to the harbor where the ... Open »
Hiroshima
It should be noted that rules of etiquette in Hiroshima are very different from those that take place in a number of European cities. It would be useful to learn about some intricacies of the local culture and accepted rules of behavior to show respect for locals and avoid awkward situations. Thus, it is inadmissible to enter the house in shoes for outdoor walking, as it is ... Open »
Okayama
Okayama will be a great vacation destination for travelers who have long dreamed of getting closer to the traditions and culture of Japan. The national color is felt in everything, including the townspeople's love for traditional holidays, cooking, and art. All restaurants specializing in Japanese cuisine are necessarily decorated in keeping with national traditions. They have ... Open »
Vladivostok
In the city there are several excellent fish markets, like many years ago, an important fishery for indigenous people remain the extraction of seafood. Many travelers visit the fish markets of Vladivostok like real museums, where you can admire the priceless exhibits - to see huge Far Eastern crabs, octopuses, hundreds of varieties of fish and shrimp, and try one of the most ... Open »
Kobe
In general, local people can be characterized as very positive, cheerful and active people. City streets are never empty in the evenings, there are always a lot of young people walking around here. Kobe regularly hosts interesting fairs and festivals whose mandatory attributes are gastronomic programs. Townspeople love their traditional cuisine and are ready to eat some ... Open »

Cityguide on traditions, mentality and lifestyle of people in Seoul. Learn the best periods to visit Seoul to discover its soul - authentic festivals, events and celebrations. We will also reveal the interesting habits, attitude towards the world and to tourists in Seoul.