National traditions of South Korea. Habits, mentality and the way of living 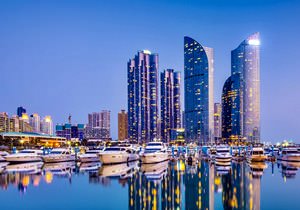 There are no paid vacations in South Korea, and people try not to take a vacation leave at all. Saturday is a working day. Three days off during the Korean New Year are more like a big vacation for local people. Beauty is very important in the country, maybe this is the reason why plastic surgery is so popular and developed in South Korea. Plastic surgery is so widespread that it is common for students to make a graduation gift to themselves – a small plastic surgery. As a rule, Koreans prefer to change the shape of their noses and eyelids. A plastic surgery certificate is also a popular birthday gift. Not only women but also men visit plastic surgeons.
South Korea sightseeing - top places to visit
Skyscrapers and ancient temples shining in the sun, cutting-edge technologies and pearl divers, huge plantations of mandarins and exotic insect dishes …
Read further
There are almost no plus-size people in South Korea. Koreans try to be slim because extra weight doesn’t get along with the idea of longevity. As virtually everyone in South Korea wants to live a long and happy life, people try to stay fit. Locals also believe that soups are good for health and longevity, and this is one of the reasons why there are so many soups of different kids in Korean cuisine. There is even a soup that local people eat on their birthday. It is called Miyeok-guk, and its main purpose is to help to live longer.
A striving to remain slender doesn’t refrain Koreans from enjoying food. Koreans are passionate about food. Perhaps, you often start your conversation with “How are you?” when you meet friends. Koreans use the phrase “Did you eat?” instead, and it has the same meaning. Korean cuisine is quite diverse. It has many unique traditions and flavors that are very interesting to try. However, some tourists from Europe and North America might find it too spicy. Copyright www.orangesmile.com
National cuisine of South Korea - specialties, recipes and restaurants
Rice, noodles, vegetables, meat, fish, beans, sesame oil, soy sauce, and spices – here are the most typical Korean products. The list looks small …
Read further
Every traveler knows that there are countries with bad internet connection. South Korea is not one of them, so there will be no problem with sending even big high-resolution videos and photographs. Many countries fight with tobacco smoking. They ban smoking in public places and fine violators. Smokers can feel free again in South Korea. It is possible to smoke everywhere, and no one will prevent you from enjoying a cigarette. However, there are some limitations regarding alcohol consumption. South Korea has a modern army and compulsory military service for all men. 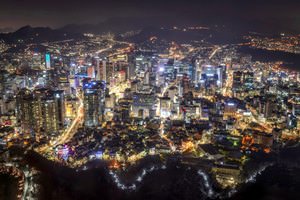 Korean Peninsula is not big. When South and North Korea divided the peninsula into two parts, each of the countries got a relatively small territory. The absence of pastures made it impossible to breed cows in Korea. That is why all beef is imported and expensive. It is sold in separate packages weighing 400 grams. Dairy products are more like a delicacy, and even rich people cannot afford them regularly. Quite often, travelers arrive at the airport in the capital city of the country they visit. The capital of South Korea is an exception – there is no airport in Seoul. The closest airport is located in Incheon, another large city. It takes around one hour to reach Seoul from the airport.
South Korea cultural sights. What to see?
South Korea has a rich history and beautiful nature. There are many places that are interesting for foreign guests here. Ancient palaces and temples, …
Read further
When visiting metro in Seoul, many tourists pay their attention to closets with gas masks. South Korean government thinks that North Korea might attack the country, and so gas masks can protect people in this case. It is a well-known fact that number 13 is considered unlucky in many cultures, and many people try to avoid it. In Korea, 4 is the unlucky number. Local hotels do not have the fourth floor – even in elevators, there is floor five right after floor three. Flour 4 buttons are absent. Some people say that Koreans eat dogs. Yes, this is true, there are even special farms that breed dogs as food. Some local restaurants offer dog meat but it is expensive. This tradition is slowly dying, and mostly elderly people support it. The next generation considers dogs to be the best men’s friends and doesn’t eat them. 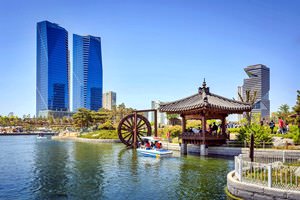 Take a closer look at your tourist brochure. Most probably, it has an image of the traditional wooden Hahoe masks. These Hahoe masks are an important cultural heritage of the country. They have a very long history. Originally made from alder, these masks were widely used in theatrical folk plays. Hahoe masks reflect different social groups and show emotions typical for every group. There are 12 major types of Hahoe masks: monk, butcher, bachelor, young girl, bride, widow, noble person, scientist, fool, servant, envier, and lion. It is a secret how masks of the servant, bachelor, and lion looked like in the past because they were lost.
Things to do in South Korea - active leisure
Mountain recreation is widespread in South Korea. It is no less popular than beach holidays. Here are some of the popular winter resorts: Yongpyong, …
Read further
Koreans treat tourists with respect. They are very polite – it is impossible to see people argue and be aggressive in South Korea. It is not common even to raise a voice here. Elders are traditionally much respected in the country. Red is not a popular color here. It is more common in food rather than everyday life or clothes. Do not enter anyone’s house with your shoes on. Always take your shoes off outside because people sit, eat, and sleep on the floor. Traditional Korean houses do not have much furniture. There are no beds, sofas, and chairs that are typical for the Western World. A low table for food, TV, paintings, and closets are often the only furnishings. If you want to see how the richest people in Seoul live, visit a district called Gangnam and you will see the “Gangnam style” – the style of rich Koreans.

This article about national traditions in South Korea is protected by the copyright law. You can re-use the content, but only under the condition of placement of an active link to www.orangesmile.com.
South Korea guide chapters 1 2 3 4 5 6 7 8 9 10 11

Seoul
The locals are friendly to foreigners. Any Korean will help you to find the way. If he has free time, he will even take you to the right place, cover you with his umbrella from the rain or sun, and try to help in a difficult situation. If you speak English well, then local residents will not miss the chance to communicate with you, hoping to improve their knowledge of this language. Citizens of Seoul do not like to be photographed. However, they can make a couple of shots. They can also … Read more