Detailed hi-res maps of Ruse for download or print 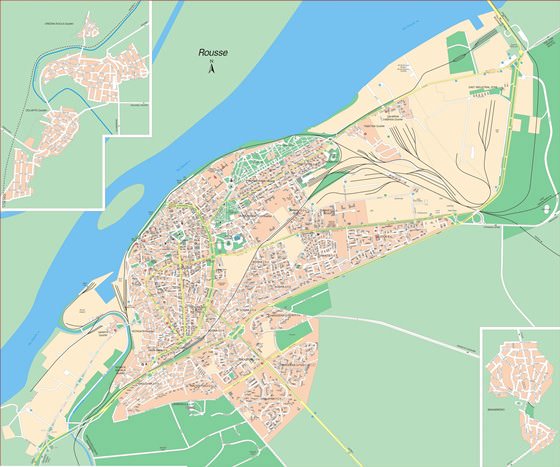 The actual dimensions of the Ruse map are 2500 X 2083 pixels, file size (in bytes) - 880009. You can open this downloadable and printable map of Ruse by clicking on the map itself or via this link: Open the map. 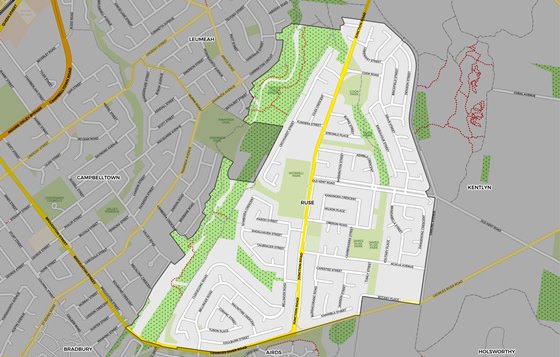 The actual dimensions of the Ruse map are 1754 X 1117 pixels, file size (in bytes) - 364453. You can open, download and print this detailed map of Ruse by clicking on the map itself or via this link: Open the map.

Bulgaria has a railway network that functions not only within the country, but also between neighboring European countries. The total length of railway track is six thousand kilometers. The cost of travel is low. All trains are divided into express and passenger. The wagons are divided into two classes, depending on the degree of comfort and a number of additional services. As a result, the cost of travel also varies. In view of the territorial location of Bulgaria, water transport is also actively employed. It is mostly composed of ferries, small pleasure boats and cruise liners. They cruise along the Black Sea coast, as well as along the Danube. The roads in Bulgaria are in a rather deplorable state, although they are constantly being repaired. Marking in some places are completely absent just as there are no lightings at night. The culture of driving of the local population is also a far cry from European standards. At the same time, some highways in the country are on a paid basis. … Open

The largest export partners of Bulgaria are Germany, Italy, Greece, Belgium, Serbia, and Turkey. The largest import partners on the other hand are Germany, Russia, Italy, Austria, and Ukraine. The country’s GDP as of 2006 is more than $ 55 billion. At the same time, annual GDP growth is at least 0.5%. To date, GDP per capita is about 16,000 dollars. Most of the labor force is concentrated in the services sector, which is more than 62% of the total working-age population. According to data as of last year, the unemployment rate is 10%, and this is quite high taking into account the data of neighboring countries. Despite stable economic growth, more than 16% of the population still lives below the poverty line. Public debt is more than 19% of GDP. … Open

Search for services, infrastructure and sights on map of Ruse

Our guide chapters over Ruse

Would you like to visit the main cultural establishment in Bulgaria? In Ruse, tourists can visit the Rousse Regional Historical Museum that is famous not only in the city and its suburbs but also in other parts of the country. The venue opened its doors for the first time in 1904. The Rousse Regional Historical Museum has a big collection of artifacts discovered during archaeological excavations. Year after year, … Open

Maps of Bucharest
In late September, you can witness another heavy metal festival. We are talking about Folk & Metal Fest. Its permanent venue is Quantic Club where you can listen such sub-genres as Folk Metal, Pagan Metal or National Socialist Black Metal. However, the cultural life is not limited to metal concerts and festivals. Thus, jazz is equally popular here, which is evidenced by ... Open »
Maps of Varna
No less remarkable is Summer Salsa Festival, which is very appreciated among fans of dance performances. It is held in the open air in the middle of August in front of the Seaside Park so that no one could complain that one have to sweat in a stuffy hall while there is an option to go out and feel the light touch of the wind. Attending the festival as participants is a great ... Open »
Maps of Golden Sands
Among festivals in Golden Sands, it is important to mention three popular contests. The first event lasts the whole June. It marks the official opening of the holiday season. This is the time when vacationers can attend numerous dancing, music, and theater performances, as well as interesting art exhibitions. In the middle of June, there is also one more interesting event, ... Open »
Maps of Nessebar
The festival season in the resort town ends with an event taking place at the end of August called the Constellations in Nessebar. The venue is the same Ancient Theater so it'd be a good idea to combine attending the festival with a tour. At this time, visitors have a great opportunity to watch dance performances, listen to music concerts of local and foreign talents. The ... Open »
Maps of Brasov
Arriving in Brasov at the end of September, be sure to attend Festivalul Ravasitul Oilor, which takes place in the most famous castle in Romania - Bran Castle. You should not miss your chance to taste many presented products while visiting the local historical landmark. And these are various kinds of cheeses, the number of which can be compared with the number of breweries in ... Open »
Maps of Plovdiv
Conferences of doctors, meetings of economists, engineers and managers, the international fair of the water industry and several dozens of industry events are also held in the city. These events invariably attract businessmen from all over Europe, as well as ordinary tourists and locals interested in the declared theme. You can visit the exhibition of novelties of mechanical ... Open »
OrangeSmile.com - online travel reservation expert providing reliable car rental and hotel booking services. We feature more than 25.000 destinations with 12.000 rental offices and 200.000 hotels worldwide.
Secure Server