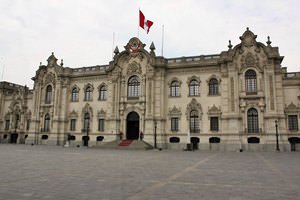 Every region in Peru is characterized by its unique nature landscape. In this country one will find lifeless desert, snowcapped mountains and dense forests. There are also several interesting historic landmarks here. Visiting them will help travelers know more about rich culture and heritage of Peru and its people.
What you need to know about Peru prior to visit - advices
1. Peru is located in several climate zones. Therefore, the climate is very diverse here. Winter and summer are relative concepts. The costa stretches …
Read further
Cahuachi, a major ceremonial center of the Nazca culture, is an internationally famous archaeological finding. The complex is located in the Nazca Desert. Cahuachi consists of numerous mounds with numerous religious buildings constructed on top of them. According to archaeologists, several thousand years ago Cahuachi was the largest center of pilgrimage in the country. The worldwide famous Nazca Lines are located nearby. Added to the list of UNESCO World Heritage Sites, the Nazca Lines attract scientists from all around the world. They try to solve the mystery of creation and purpose of the geoglyphs.
Huilcahuain Temple is a beautiful example of ancient architecture. The complex of temples was constructed in the 10th century and is conditionally divided into two levels. No kind of glue was used to keep the giant stones together, so it's a true miracle that the temple was not damaged during several devastating earthquakes. Inner premises of the temple consist of a complicated system of rooms and underground pathways, and from the outside the walls are decorated with big drawings of animals and birds. Copyright www.orangesmile.com
What to see and what to visit in Peru with children
Peru is hardly a great place for a beach holiday. This direction is not too advanced here. This is because the ocean is quite cold off the coast due …
Read further
Palacio de Torre Tagle is one of the most famous landmarks of the medieval period. The palace was built in the beginning of the 17th century and is considered an amazing example of the baroque style. The palace charms visitors with its elegant design and skillfully selected furnishing. The ground floor of the building is the location of a giant hall that has become a traditional venue for various important events and governmental meetings. Excursions to Raqchi region are traditionally very popular with tourists. During the Incan period a big city was located here, but now tourists can mostly see the ruins and several buildings - a big temple dedicated to Viracocha and several houses. There is a big man-made water reserve near the temple, and the purpose of this reserve is still a mystery. 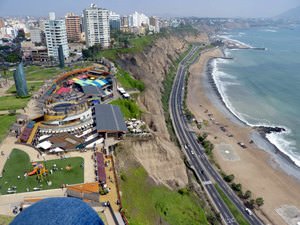 When it comes to describing religious landmarks of Peru, it's simply impossible to fail to mention the Temple of the Moon, which has become internationally famous because of beautiful frescoes that are used to decorate halls of the temple. The facade is also decorated with drawings depicting ancient gods, patrons of earth and fertility. The inner yard of the temple is no less interesting as tourists will find several religious facilities there. Many centuries ago they were used for sacrificial ceremonies.
Shopping in Peru - best shopping places, what to buy?
Peru is not the best place to shop. But there are many interesting handicrafts here. They are absolutely unique. Indigenous peoples have spent …
Read further

Peru can be called one of the most mysterious countries in the world because of the amazing heritage of ancient civilizations. Besides enigmatic constructions built by ancient civilizations, the country is also notable for its unique national parks. The most famous natural reserve is Pisac located in the beautiful high-mountain area. Besides enchanting landscapes, the park is notable for prehistoric structures built by the Incas thousands of years ago and surviving to this day. 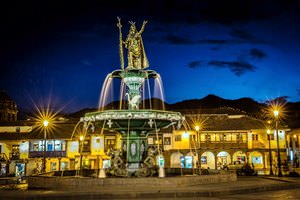 On the Pacific coast, there is the National Park of Costa. Its main values are picturesque beaches. Now, most of them are accessible to tourists. At the coast, a lot of interesting historical sites are located. This region is also notable for its tourist infrastructure that is kept to a minimum here. This lets save the pristine beauty of the coastal area.
When and where to 'hang out' in Peru - festivals and celebrations
The people of Peru love holidays and celebrate them on a grand scale. New Year is traditionally celebrated on January 1. According to the traditions …
Read further
Another special natural site is the reserve of Paracas that covers the entire territory of the namesake peninsula. The main features of the reserve are unique rocks and wonderful beaches. Near the peninsula, there is a range of desert islands. Rare terrestrial and sea animals dwell on the territory of the natural reserve. 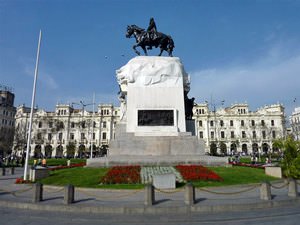 There is the reserve of Waskaran in the inaccessible submontane area. When walking along the reserve, you can admire the highest rivers of Peru and marvelous landscapes from the peaks of some mountains. It is more interesting to visit this national reserve in the warm season when you can see rare plants and mountain flowers.
For active traveler - national parks, landscapes and nature of Peru
The geography, climate, flora, and fauna of Peru are remarkably diverse. Coastal plains are arid but the climate is humid here. The climate is …
Read further
The Manu National Park is very popular with tourists. Its entire territory is covered with fascinating Amazing jungle. Here, you can see rare animals, birds and insects. Some of the main dwellers of this exotic place are bats. The excursion in the Manu Park will be an unforgettable adventure for those who have long dreamed of walking along exotic jungle. Almost all natural reserves are notable for their archeological and historical sites.

This article about iconic landmarks and sights of Peru is protected by the copyright law. You can re-use the content, but only under the condition of placement of an active link to www.orangesmile.com.
Peru guide chapters 1 2 3 4 5 6 7 8 9 10 11 12

National and city parks of Peru
♥   National Park 'Bahuaja Sonene' . On the map

Palaces in Peru
♥   Palace 'Palace of Justice' Lima. On the map

Famous and uniques places in Peru from our review series 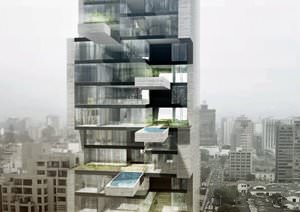 The construction of a unique residential complex Sky Condos is underway in Lima. The architectural firm DCPP Arquitectos is developing its project. Unique designer apartments will be available to its residents. The main feature of the complex is considered to be original condominiums with swimming pools. A special platform is equipped behind sliding panoramic windows in each of these apartments. It is nothing more than an individual pool. These pools are literally suspended in the air. Not everyone will decide to take a dip in such a pool after the construction of the complex is completed.

All apartments in the complex have already been sold out, despite the originality of the project. Future residents were among the first to buy apartments with a private pool. The residential complex … Read all 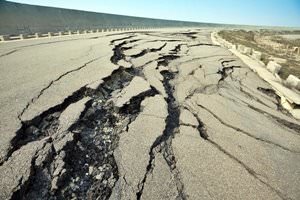 In Peru, you can find Huacullani rift that was named as the nearby area. The fault is situated not far from the world known Lake Titicaca. Geologists were shocked when they knew about this 3 000-meter rift. The seismologic phenomenon that has happened there is quite mysterious. At once the earth has divided and a huge fault appeared.

When this happened in Huacullani area, there was a local family that wasn’t found until nowadays. That fact that a huge rift is situated on a mild slope fully makes impossible the landslide. And at the time of the rift, the earthquakes weren’t fixed. A large fault in the earth is a geological anomaly.

It is important to know that this phenomenon is quite unique. Several years ago, the same fault was in Bolivia. There were destroyed 45 local houses. … Read all 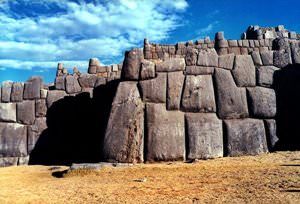 In Peruvian city Cuzco you can find the ancient Fortress Saksayuaman. This place is also covered with mysteries. Today this old bulging is called a ”ceremonial place”. Several facts say that this fortress wasn't built for defense purpose. Massive stones were majorly used as built materials of this complex. On the stones we can see the graves of the treatment. Taking into account the fact that the fortress was built at the time of Inks, it is hard to imagine how the massive stones were treated and even more – transported.

The fortress is an intricate complex of buildings. It has a great number of inner obstructions of different forms and sizes. The historians suppose that originally this complex was built as a ceremonial place and was devoted to the heliolatry. The building is … Read all
All unique sightseeing Peru 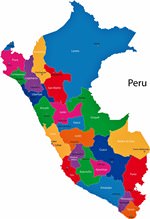 Sightseeing in popular cities of Peru

Cusco
According to local legends, Manco Cápac, the founder of the Inca civilization in Cusco, established the beautiful city. He came to this region from the Lake Titicaca region. The city’s territory was conventionally divided into four quarters, each of which had its own head. Rulers of each of the quarters had to be their residents and were obliged to build a palace in the quarter that they were responsible for. Their successors were not allowed to live in the already built palaces. They had … Read more

Arequipa
First settlers appeared in the territory of modern Arequipa in the 6th-7th centuries BC. The Incas found the region attractive in the 15th century, and so Arequipa became a part of their territory. August 15, 1540, is the birthdate of the modern city of Arequipa. This region got the name “white city” because almost all buildings were made from white stones. Despite the fact that the old city was almost completely destroyed, it was rebuilt from a scratch. That is why Arequipa is a charming … Read more

Lima
A striking example of a typical colonial architecture is Casa Aliaga. This is one of the most famous villas in the city. It was built in the 15th century and since the time of its foundation to the present day, belongs to one family. In this villa, there are a lot of old decoration elements and almost all of its rooms are accessible for tourists to visit. There are interesting excursions, during which you can see ancient works of art, furniture of colonial times and other interesting antiques. … Read more