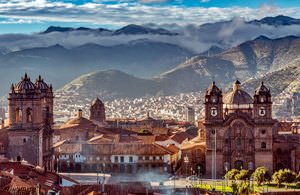 Peruvian cuisine combines the traditions of indigenous people and the traditions of migrants who went to conquer a new country in search of gold and a better life. Local products form the basis of Peruvian cuisine. This is corn, potatoes, various tubers, legumes, and Amaranthaceae – quinoa, kanihua, and kiwicha. The Spaniards who conquered Peru supplemented these products with rice, wheat, and meat (beef, pork, and chicken). Quinoa and kiwicha is rich in protein cereals. They are extremely useful for health. These cereals have become very popular among fans of a healthy lifestyle in recent years. Many grains, legumes, and tubers that are still considered exotic in Europe grow in Peru. This is tarvi, lima, a mashua, and ullucus. Chili peppers, potatoes, and tomatoes were imported to Europe from Peru. There are 2,500 types of potatoes alone. All these products are used in local cuisine. Bread is not popular in Peru. It is replaced with different tortillas. Pies with different fillings are popular.
Peru sightseeing - top places to visit
Every region in Peru is characterized by its unique nature landscape. In this country one will find lifeless desert, snowcapped mountains and dense …
Read further
The cuisine of the indigenous Inca people who inhabited Peru was mixed with Spanish culinary traditions brought to the country by the conquistadors. Creole cuisine was created as a result. Some Creole dishes are so unusual that they can cause disgust in Europeans. For example, this is a whole fried or stewed guinea pig. Meat is almost not produced in the country. The tradition of keeping guinea pigs at home originates from the Inca civilization. Other recipes are more familiar. Sopa a la Criolla is made from beef with noodles, milk, and vegetables. Anticucho is a small kebab made of pre-marinated meat. It is cooked on a special Peruvian grill. The dish is also cooked from a bull's heart. Carapulka is made from pork, chicken, potatoes, peanuts, and chili.
Peruvian fish soup is cooked very simply. Angler fillets, fish broth, onions, garlic, chili peppers, potatoes, thyme, lime, coriander, and shrimp are its ingredients. Chili and garlic are added for 5 minutes after frying the onion. Everything is fried for another 30 seconds. Potatoes and fish broth are added after. They are cooked for 10 minutes. Lime and shrimp are added next. The dish is sprinkled with coriander at the end. Copyright www.orangesmile.com
National traditions and mentality of people in Peru
About 30 million people live in Peru. Most of them live in cities. 60% of the population is so-called mestizos. They are people of combined Spanish …
Read further
It is quite difficult to cook pachamanca at home. Corn, potatoes, and meat are baked for several hours in a pit lined with stones. The pit is covered with banana leaves on top and covered with earth. 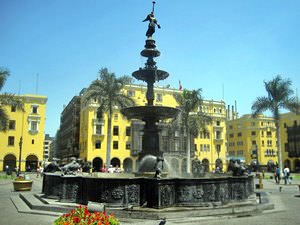 Several thousand Japanese workers arrived in Peru at the end of the XIX century. Many of them stayed in a warm, friendly country after they worked out their contracts. They brought with them the culinary traditions of their country. But unfortunately, some of the ingredients were not available in Peru. The Japanese began to look for replacements among local products. So another branch of Peruvian cuisine appeared. It is called Nikkei after the nickname of Japanese migrants in Peru.
Peru cultural sights. What to see?
The heritage of the Incas and pre-Inca states most of all attract tourists to Peru. Ruins of temples, palaces and residential buildings of highly …
Read further
Ceviche is one of the most popular dishes of Nikkei. Sea bass fillet, lime, red chili pepper, ginger, red onion, garlic, and coriander are included in the dish. Fish should be pre-marinated in citrus juice. You can also add jalapeno and garlic to the marinade. All products are mixed, sprinkled with lime juice, and cooled. The dish is ready. Tiradito differs from ceviche in the way of slicing fish and in that it is marinated for a short period of time. 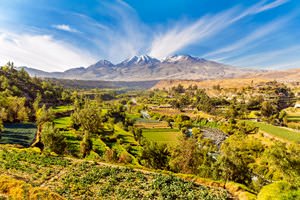 Tostaditas corn tortillas are a typical Nikkei dish. They are served with different sauces. Sushi is also popular here. They are often prepared with unusual ingredients, including fruits, berries, peppers, and different kinds of local sauces. For example, Yuzukoshō is a sauce made from yuzu (a citrus fruit), chili pepper, and salt. It's very spicy. Sometimes rice is replaced with sweet potatoes or local cereals in sushi. Ponzu is made from citrus juice, soy sauce, wine, white rice vinegar, and dashi broth (a broth of kombu seaweed infused with tuna shavings).
Things to do in Peru - active leisure
Nightlife in Peru is concentrated in large cities, mainly in Lima and Cusco. There are many high-class clubs with good music and drinks in Lima. They …
Read further
Chifa is the third branch of Peruvian cuisine. This is the cuisine of Chinese migrants, adapted to local realities. Lomo saltado is one of the most popular dishes. This dish combines the features of Creole cuisine and Chifa. It is a roast with vegetables, in which rice and potatoes are used simultaneously. 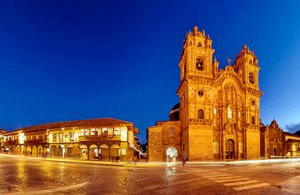 Peruvian cuisine also varies from region to region. Fish and seafood are the main dishes on the coast. River fishes are popular in the jungle. Llama and Alpaca steaks, lamb, and potatoes are most commonly eaten in the Andes.
What you need to know about Peru prior to visit - advices
1. Peru is located in several climate zones. Therefore, the climate is very diverse here. Winter and summer are relative concepts. The costa stretches …
Read further
National drinks in Peru are very peculiar. Strong alcoholic drink Pisco is made from very sweet grapes growing on the Pacific coast. In fact, this is Indian grape vodka. Chicha was invented during the Incas. It was obtained by chewing corn sprouts, quinoa, and Peruvian pepper. There is an alcoholic and non-alcoholic chicha that is made from strawberries, quinoa, corn, wheat, and barley today. Non-alcoholic Chicha Morada is made from black corn, fruit, and spices.

This article about national cuisine of Peru is protected by the copyright law. You can re-use the content, but only under the condition of placement of an active link to www.orangesmile.com.
Peru guide chapters 1 2 3 4 5 6 7 8 9 10 11 12

Cuisine and restaurants in popular cities of Peru

Lima
An interesting dish, ahi de galina, is cooked of chicken. Poultry stew with herbs and spices is filled with a special creamy sauce before serving. It is worth noting that an abundance of different spices and condiments is an important feature of the local cuisine. Local chefs have inherited this tradition from Indian chefs. Connoisseurs of Indian cuisine often compare many popular treats in Lima with their favorite treats. Fans of exotic have to taste kui, pot roast guinea pig. Fans of … Read more