Sightseeing in Nha Trang - what to see. Complete travel guide 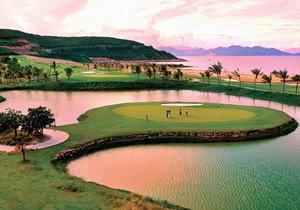 Nha Trang is a true beach capital of Vietnam. This is a vibrant resort city with a bustling and energetic life that doesn’t slow down at night. Naturally, these factors make Nha Trang very attractive for tourists. Every tourist finds something that she or he likes in this city. Some are in love with the clean, turquoise-colored water, some people like white sand, and many tourists adore Nha Trang’s nature with its enchanting green hills and islands in the bay. Fans of nightlife will be pleased with the choice of entertainment options. Finally, the historic heritage of the country has always been one of the main reasons to visit this Vietnamese city. In Nha Trang, tourists can visit ancient towers that still decorate the city’s skyline.
Initially, Nha Trang had another name – Kauthara. The Cham people were the founders of the settlement. For a long time, Nha Trang was a small village, which population was mostly fishing to survive. Nha Trang started developing in the 17th century. The economy kept growing until the 19th century. As a resort, this region became famous during the French colonization period. At that time, the territory of modern Vietnam was a part of Indochina. The first villas appeared in Nha Trang, and European tourists started arriving in the city to spend a vacation in the beautiful place. Since that time, Nha Trang has been a popular resort.
Po Nagar towers are one of the most outstanding landmarks of Nha Trang. These Cham towers were built in the period from the 7th until the 12th century. Initially, there were eight towers, but only four of them have survived to this day. All these towers are dedicated to Yan Po Nagar, the goddess of the country and the patroness of the city. Vietnamese Chinese people and Buddhists still perform their sacred rituals here and consider this place holy. Tourists particularly enjoy visiting the North Tower - Thap Chinh. God Shiva in his dancing form stands near the entrance to this tower. His figure is a symbol of creation and the birth of everything living. Copyright www.orangesmile.com
Meditations take place in a special hall. Even many years ago, people were coming here to meditate. Many of them found peace of mind and harmony inside the shrine, and some were successful in finding their path in life after several hours of meditation rituals in the North Tower. The original hall has almost not survived to this day, but it is still easy to notice the great power in these ancient walls. Even skeptical people feel it. Would you like to learn more about the Cham wise men? There is a museum in the tower that exhibits a collection of artifacts that tell about the life of these people who were so important for the city. This is also the right place to learn more about the lifestyle of the peoples who inhabited Nha Trang in different periods. 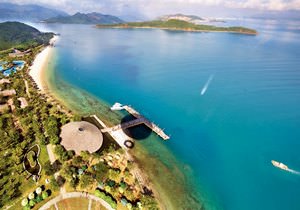 The city has one more important shrine situated on the foothill of Trai Thuy Mountain – Long Son Pagoda. This is the most visited religious landmark in the province. The temple was built in the 19th century. Initially, the building was standing at the top of the mountain. However, a devastating landslide at the beginning of the 20th century damaged the shrine, and so the sacred building started slowly moving down the hill. The city’s authorities decided to move the important landmark of Nha Trang to the foothill in order to protect it from permanent damage and loss.
Nowadays, tourists traveling in Vietnam come to this place to admire the beauty and picturesqueness of the gardens that surround the pagoda and to look at the colorful fish in the local manmade ponds. However, the white statue of Buddha, certainly, gets the most attention. It is erected on top of the hill and has a height of twenty-five meters. The holy state is a gift of Buddhist monks to the city of Nha Trang. The city received the Buddha statue in the 60s of the 20th century and installed it five years later. 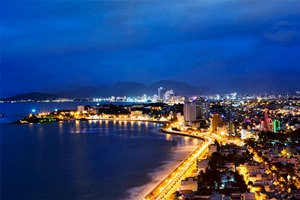 Hon Chong-Hon Vo is an unusual place that is particularly suitable for couples. The park’s name can be roughly translated as “husband stone – wife stone”. This place is often considered a stone garden, but stones form a big pile in Hon Chong-Hon Vo. What is so particular about this place? According to a local legend, a wizard giant was once sitting behind stones and secretly watching a mermaid who was swimming in the local water. The giant was really big and he was madly in love with the half-girl and half-fish creature. In order not to scare his love with a random movement, the giant was resting his hand on a stone, and the print of his palm has remained on the stones.
Local people have many interesting traditions associated with the “husband stone – wife stone”. All couples, who decide to marry, come to this place to sit on one of the stones. According to local beliefs, every couple that sits at least some time on the giant’s imprint will be happy in the marriage and will make a good family. 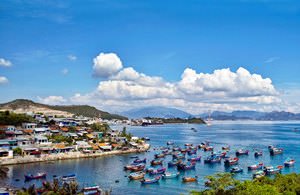 Many European tourists arrive in Nha Trang by air, making a connecting flight to Guangzhou. If you choose to travel from Hanoi, Ho Chi Minh City, or other Vietnamese cities, it is more comfortable to take a bus or train to Nha Trang. The flight is roughly fourteen hours long. At the airport, tourists can always call a taxi or get on a bus to the city center.
This guide to iconic landmarks and sights of Nha Trang is protected by the copyright law. You can re-publish this content with mandatory attribution: direct and active hyperlink to www.orangesmile.com.

City tours, excursions and tickets in Nha Trang and surroundings

National and city parks around Nha Trang
♥   National Park 'Nui Chua' , 59.8 km from the center. On the map

Sights around Nha Trang from our guide 'Extreme places on Earth' 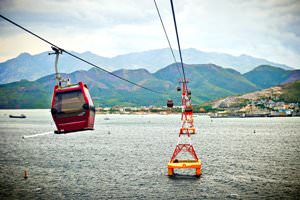 Distance from Nha Trang center - 3.9 km.
Construction of the cable car was largely contributed to Vinpearl Land entertainment park that is very popular among tourists. Many modern travelers are attracted by the cable car itself, as it’s a unique and incredibly attractive attraction. A trip by cable car takes about 20 minutes, during which passengers can enjoy magnificent sea views. The spacious cabin of the cableway is designed for 8 passengers. It’s also worth noting that Nha Trang cable car is one of the safest in the world. It was developed by the best engineers of Europe, so the construction can withstand tsunami, as well as strong earthquakes and storm winds. … Read further

Vietnam is a perfect country for those who want to feel real Asia. Even though big cities of the country rapidly transform into modern metropolises, travelers will still find there stunning exotic nature, rice fields, traditional water markets, gorgeous highlands and motorcycles used to transport ripe fruit and vegetables. … Open 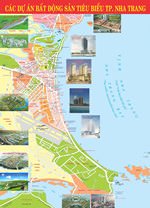 When it was decided to cancel travel corridors and select a limited number of hotels as quarantine ones, other participants of the travel industry had to deal with multiple cancelations. Tourists prefer to move their holidays in the UK to late 2021 and 2022. Because of this, many tourism-related companies are struggling as their reserves are running out. That is why it is important to support these businesses as they can speed up the recovery of the UK’s economy in the future.

Search touristic sites on the map of Nha Trang

Sightseeing in regions nearby Nha Trang

Ho Chi Minh City
Despite the status of a major industrial city, Ho Chi Minh City does not lose attractiveness among tourists. Its tourist infrastructure is well-developed. Foreign guests will surely love the cultural life of the city, its various shopping and entertainment complexes. One of the main distinguishing features of Ho Chi Minh City is a vibrant and rich rhythm of life. Here it will ... Open »
Phnom Penh
When she walked along the bank of the Mekong and saw a tree trunk sailing down the river. Something was sparkling in the branches. It was five statues of Buddha, four of which were bronze and one was wooden. Nuns created a high hill near the house and installed an altar with statues. A little later, the monastery of Wat Phnom was founded on this place. Remarkably, all these ... Open »
Hue
The Vietnamese city of Hue is of great historical interest. Between 1802 and 1945, the city had been under the rule of the Nguyễn Dynasty. A lot of luxurious palaces and temples were built in Hue during this period. The area of the present-day city is conditionally divided into two parts - the New Town and the Old Town. The historic district looks like a massive citadel with ... Open »
Siem Reap
The rapid development of a small provincial town is connected with the discovery of precious archaeological artifacts. Modern Siem Reap is a stylish metropolis with all features inherent to all big cities. In addition to this, it cannot be called a classic modern city, as Siem Reap has lost none of its fascination over the years of the rapid development. Near shining ... Open »
Phu Quoc Island
The most popular and interesting cultural object of Phu Quoc is the Coi Nguon Museum. It occupies a large six-story building and hosts an impressive collection dedicated to history and culture of the island. Priceless archeological findings, old photos, collections of ceramics, historical documents and remnants of ancient sea creatures are only few of museum exhibits. It will ... Open »
Ko Chang
There are no excursions in Pattaya that would be more amazing than a trip to Koh Chang. This picturesque tropical island never fails to enchant travelers; holidays on Koh Chang certainly appeal to fans of water sports and those eager to explore the rainforest. One of the main attractions of the island is Klong Plu waterfall, where anyone can swim. It is a true paradise ... Open »

All about Nha Trang, Vietnam - sightseeings, attractions, touristic spots, architecture, history, culture and cuisine. Prepare your trip together with OrangeSmile.com - find out the 'must see' things in Nha Trang, which places to visit, which excursions to take, where the breathtaking views are waiting for you. Planning your trip with this travel guide will help your to get the most out of Nha Trang in few days.