Sightseeing in Hue - what to see. Complete travel guide 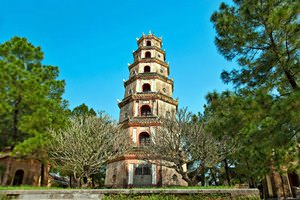 The Vietnamese city of Hue is of great historical interest. Between 1802 and 1945, the city had been under the rule of the Nguyễn Dynasty. A lot of luxurious palaces and temples were built in Hue during this period. The area of the present-day city is conditionally divided into two parts - the New Town and the Old Town. The historic district looks like a massive citadel with priceless monuments of past centuries hidden behind its walls. In total, there are about 300 buildings within the historical district; this unique architectural complex is deservedly recognized as a landmark of world significance.
Excursion over cultural sights of Hue - 'must visit' points of interest
A walk through the historical district of Hue gives a lot of unforgettable impressions - unique historic landmarks can be seen at every step here. Here are the tombs of the eight last …

Open
A conditional boundary between the old and the new part of Hue is the Perfume River - another amazing symbol of the city. The name of the river wasn't chosen by chance. The thing is that an incredible amount of fragrant flowers has been growing on its banks since ancient times. The city has managed to preserve its original charm and national flavor in the course of its long history. It is one of the few cities in the world where local people still wear their national costumes every day. Walking through the streets of Hue, you'll notice many girls dressed in the traditional "Áo dài" garments. The combination of elegant trousers and dresses looks incredibly harmonious; such outfits must be sewn exclusively to order.
The traditional material for tailoring national costumes is fine light-colored silk. Today anyone can order an elegant dress in one of the local workshops. Besides beautiful clothes, bronze products are very popular souvenirs among visitors to the city. Local craftsmen make chic interior decorations, as well as jewelry of bronze. Travelers who prefer jewelry made of precious materials will not be disappointed as well - local residents have reached great heights in this kind of craft. Copyright www.orangesmile.com
Your active city break in Hue. Attractions, recreation and entertainment - best places to spend your day and night here
The charming Vietnamese city will not disappoint fans of active recreation and entertainment, as visitors to Hue are provided with lots of interesting ways to organize their leisure. One of …

Open
The only drawback of the beautiful historic town can be considered its rainy weather, which is typical for these places because of the nearby Annamese Mountains (Truong Son). It is a rare day that goes without a little rain, so umbrella should always be ready at hand. Fans of hiking and excursions should not think that cloudy weather can disrupt their plans for vacation. There are always frequent but occasional rains, so often many travelers would prefer to wait it out at one of the cozy city cafes. 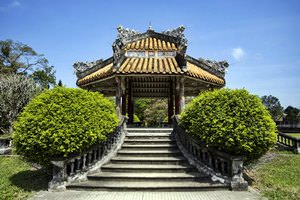 The city also has its gastronomic symbol - "Banh" rice cakes - the favorite delicacy of emperors. In local cafes, visitors are offered hundreds of different kinds of Banhs with various fillings. Adherents of rich excursion programs should not go on a trip in the period from the early February to the late March when here there are always especially strong and prolonged torrential rains. Rainy weather is fully compensated by the atmosphere of harmony and hospitality that reigns in the city. Many experienced travelers call Hue the most benevolent and hospitable city of Vietnam, as the locals treat guests from distant countries with great respect and reverence.
Top hotels in Hue for business trip or short vacation
Some hotels in Hue can safely claim the status of outstanding city attractions, including La Residence Hue Hotel and Spa belonging to the MGallery Collection chain. The prestigious hotel is …

Open
The Forbidden Purple City is the main landmark of Hue. In the past, only members of the royal family and some nobles were allowed to enter the territory of this architectural complex. Nowadays, the complex is open to visitors and excursions, so everyone is welcome to see gorgeous pavilions, meditation halls, and royal chambers. The royal kitchen is one of the most interesting areas of the complex. 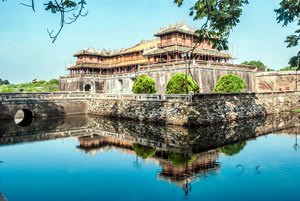 The city’s outskirts also have some notable landmarks, such as Bach Ma National Park. This park got its name after the mountain that is located in its territory. This is a fabulous area that is home to numerous rare animals and birds. Bats are also among the main inhabitants of the park. In the first part of the 20th century, the French decided to open a spa resort in this area. The region got the status of the national reserve much later.
Excursion over cultural sights of Hue - 'must visit' points of interest
A walk through the historical district of Hue gives a lot of unforgettable impressions - unique historic landmarks can be seen at every step here. Here are the tombs of the eight last …

Open
Le Loi is one of the most attractive streets for walking. It never ceases to amaze its visitors with the abundance of architectural landmarks, interesting shops, and restaurants. Don’t forget to visit the nearby Truong Tien Bridge that has a small dock not far away. Travelers traditionally enjoy excursions on the Perfume River as during a refreshing ride they can see all landmarks located on both banks of the river. The gorgeous Thien Mu Pagoda is located not far from this area. Needless to say, the pagoda is a popular tourist destination. Nowadays, there are more than 300 historical landmarks in Hue that are protected by the country’s government and UNESCO. The city becomes particularly crowded with travelers during the days of national celebrations.

This guide to iconic landmarks and sights of Hue is protected by the copyright law. You can re-publish this content with mandatory attribution: direct and active hyperlink to www.orangesmile.com.
Hue - guide chapters 1 2 3 4

City tours, excursions and tickets in Hue and surroundings

National and city parks around Hue
♥   National Park 'Bach Ma' , 45.5 km from the center. On the map

Art galleries in Hue and around
♥   Art museum 'Hue Museum of Royal Fine Arts' Huế, 2 km from the center. On the map

Sights around Hue from our guide 'Extreme places on Earth' 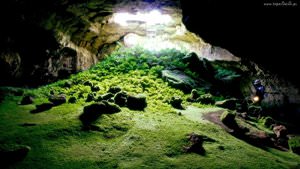 Distance from Hue center - 161.7 km.
The tourists can participate in an exciting boat excursion through the secret places of the cave. In some of their rooms you can see the unique exotic plants. It is that in some districts of the cave the laughers have formed, through which the light penetrates, which has led to plant growth. The underground river continues to rock the rock. The modern scientists believe that Son Doong is the largest cave in the world, which can soon be confirmed with the official research data. … Read further

Search touristic sites on the map of Hue

Sightseeing in regions nearby Hue

Nha Trang
Meditations take place in a special hall. Even many years ago, people were coming here to meditate. Many of them found peace of mind and harmony inside the shrine, and some were successful in finding their path in life after several hours of meditation rituals in the North Tower. The original hall has almost not survived to this day, but it is still easy to notice the great ... Open »
Siem Reap
Another unique national symbol that has not been affected by the rapid development of the city industry is tuk-tuks. You can find these amazing carriages everywhere. Some of them really surprise with their unusual look and so-called “tuning”. Carriage drivers offer tourists a wide range of services. This vehicle may become a worthy alternative to the classical taxi and ... Open »
Hanoi
The city was named Hanoi in 1831, when the emperor Minh Mang ruled. In the first half of the 20th century it was the capital of French Indochina. So nowadays one of the main distinguishing features of the megapolis is a wonderful combination of Western and Eastern traditions. An architecture and cultural traditions are unique as its way of life. The citizens cherish the ... Open »
Phnom Penh
Startling simplicity and authenticity are some of the distinguishing features of the modern city. Just as many years ago, the rhythm of life here is unhurried and sedate. The Cambodian capital is not full of vehicles. There are a few noisy entertainment venues. Nightclubs of the city do not destroy its harmonious atmosphere. Some main values of the city are unique historical ... Open »
Ho Chi Minh City
Among the distinguishing features of the city there is the abundance of electronics stores that can be found literally at every step. This fact will certainly please tourists who prefer to buy the new state of the art gadgets from their holiday. Ho Chi Minh City is the best place in the country for such kind of shopping. Attentive tourists will notice the features of the ... Open »
Ko Chang
One of the main attractions of the island is Klong Plu waterfall, where anyone can swim. It is a true paradise surrounded by rich tropical forests. The silence is broken only by the sound of the waterfall and birds singing. Divers have long chosen the southern part of the island; there you can appreciate the diversity of the underwater world and enjoy fabulous sea views. There ... Open »

All about Hue, Vietnam - sightseeings, attractions, touristic spots, architecture, history, culture and cuisine. Prepare your trip together with OrangeSmile.com - find out the 'must see' things in Hue, which places to visit, which excursions to take, where the breathtaking views are waiting for you. Planning your trip with this travel guide will help your to get the most out of Hue in few days.