Sightseeing in Miskolc - what to see. Complete travel guide 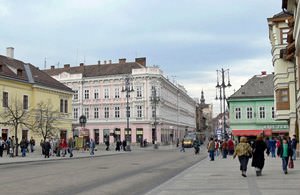 The gorgeous Hungarian city of Miskolc lies east from the Bukk Mountains. Many tourists around the world know Miskolc as a beautiful historical center with multiple Baroque style buildings. This city is incredibly rich in architectural landmarks. Together with the natural attractions of the region, these landmarks create an inimitable atmosphere and heritage of the Hungarian city. Multiple tourists visit this part of the country to visit the treasure of Miskolc – the resort with the same name famous for its thermal springs with the healing properties.
The first inhabitants in the area of modern Miskolc appeared yet during the Palaeolithic period. Archaeological excavations in the region proved this. They settled in Szeleta Cave, giving the name to such term as the Szeleta Culture. During the Roman Empire period, Celtic tribes settled in the region. When the Roman reign ended, Avarian, Slavic, and Hungarian people migrated to this region. In 1364, the status of Miskolc was raised. The settlement became a town by the order of King Louis I. This is the time when the first fortress – Diosgyor – was built in Miskolc.
Turkish troops attacked Miskolc in 1544. The town was burnt down during this attack. The alien invaders were defeated only in the 17th century. During the anti-Habsburg conflict, the leader of the Hungarian uprising Francis Rakoczi settled in Miskolc. However, the imperial army soon attacked the town and burnt it down, destroying the fortress. Restorative works lasted until the 19th century. The first cast iron furnaces opened in the region in the 70s of the 18th century. After this, Miskolc quickly turned into a major center of metallurgy and heavy machine building in Hungary. Copyright www.orangesmile.com
Perhaps, Diosgyor Fortress is the first attraction that tourists visit in Miskolc. The fortress was originally built in the 13th century. However, it was in ruins after the devastating attacks of the Ottomans and Austrians and was restored only in the 50s of the 20th century. Thanks to the thorough restoration, the fortress returned its original, pre-war look. Today, tourists can visit this wonderful stronghold and feel the atmosphere of the past. The fortress houses the exhibition of an interesting museum with several thematic halls. 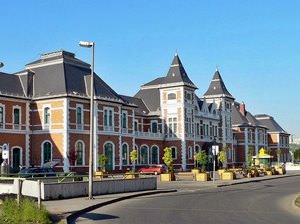 In one of these halls, there is a collection of medieval weapons used during sieges and in battles. Another exhibition of the museum is dedicated to a collection of items discovered during the numerous archaeological excavations, which frequently took place in modern Miskolc. Visit the other two halls to learn more about the lifestyle and traditions of people who lived in the fortress. There is also an installation that illustrates the scene of signing an agreement between the ruler of Hungary and a Venetian representative. All figures in this hall are made of wax.
Would you like to visit an authentic Hungarian shrine? In Miskolc, tourists can visit the Calvinist Church built in the 13th century. This is a well-known protestant religious building. The shrine was reconstructed and rebuilt a number of times over the centuries. After them, the church became bigger and changed its look. Nowadays, the Calvinist Church is a beautiful example of the Gothic style with such prominent features as the triple nave and unique inner décor. Why is this shrine so special? Despite its centuries-long history, the church is still wooden and has a large pipe organ. 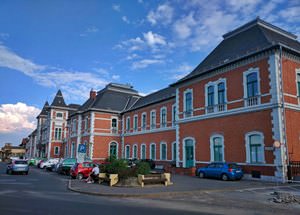 Many tourists continue their excursion in the neighborhood in the cemetery located close to the Calvinist Church. Many prominent Hungarians, such as prime-minister Paloczi and the Latabar actor dynasty, are buried here. A bell tower was added to the church in 1557. The bell tower is still active, so it is possible to hear its sound from time to time. Local people respect this shrine, and so no one talks here while the bells are ringing.
Do you enjoy visiting theaters while on a holiday? In this case, here is an interesting fact for you – Miskolc has always been a “theatre region”. This city is home to a big State Theater opened in 1856. Nowadays, the theater building is one of the main attractions of Miskolc. Its stages regularly host different interesting plays and performances. Visitors can see both classic plays and experimental theater here. If you happen to visit Miskolc in June, you can attend the opera festival. 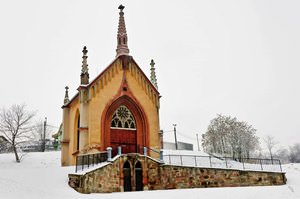 There are several daily trains to Miskolc from the Hungarian capital. The ride lasts only two hours. Besides trains, it is possible to reach the old historical city by bus from Budapest and Debrecen. The journey time is the same – two hours. The ride from Eger is shorter. By the way, tourists are always welcome to hire a taxi or rent a car and drive to Miskolc.
This guide to iconic landmarks and sights of Miskolc is protected by the copyright law. You can re-publish this content with mandatory attribution: direct and active hyperlink to www.orangesmile.com.

City tours, excursions and tickets in Miskolc and surroundings

Survived castles around Miskolc
♥   Castle 'Castle of Eger' , 37 km from the center. On the map

♥   Castle 'Boldogkuváralja Castle' , 43 km from the center. On the map

National and city parks around Miskolc
♥   National Park 'Bükki' , 18.5 km from the center. On the map

♥   World Heritage Site 'Caves of Aggtelek Karst and Slovak Karst' , 48.3 km from the center. On the map

The town of Ipolytarnoc has become a true gem for zoologists. Long time ago, this area was covered with massive rivers. With time, the rivers dried, leaving only piles of petrified mud. This mud is a treasure for scientists as it still has traces of ancient animals, many of which have disappeared thousands of years ago. Petrified trees are one more precious finding in the area. Today, they are exhibited in one of local pavilions. … Open

Search touristic sites on the map of Miskolc

Sightseeing in regions nearby Miskolc

Eger
The Castle of Eger remains the main landmark of the Hungarian city. The main purpose of this medieval castle was to repel attacks of Turkish invaders. The castle got its final shape in the 16th century thanks to the efforts of its commandant Tamás Varkoch. He made an order to divide the castle into two parts and connect them with a gate. Because of this, the castle turned ... Open »
Kosice
Besides visiting these places of interest you may enjoy observing City Theater. In front of its main entrance is located a music fountain. The theatre’s inner decorations are represented by molded ornaments and ceiling paintings made by Gakeb. Behind the theater are located a Town Hall, City Museum, former prison of Kosice and Plague Column. You can also consider visiting ... Open »
Debrecen
Debrecen is the second largest city of Hungary in terms of population. This place has been always famous for its rebellious spirit and craving for freedom. The inhabitants of Debrecen did not accept kings and emperors and the majority of them decided to change the faith from Catholic to Calvinism. Kossuth Lajos was the main Hungarian revolutionary, who proclaimed the ... Open »
Poprad
In addition to skiing activities tourists have an opportunity to relax in one of the local restaurants or cafes, which are numerous in hotels and near ski bases. The city’s suburbs are truly remarkable and picturesque. There are many forests there which are considered protected areas. The northern part of city is the location of Tatra National Park. Move your feet to the ... Open »
Vysoke Tatry
As for other spectacular peculiarities of the resort area of Vysoké Tatry, a wide range of accommodation prices should be noted. Even the thriftiest tourists, as well as high-level recreation admirers, can choose a suitable hotel here. The flexible price policy relates not only to the local hospitality venues, but also to restaurants and entertainments. Now, at the resort, ... Open »
Bardejov
The first railroad appeared in Bardejov in 1893. The road connected the town with Presov, but this fact didn’t have any positive impact on the development of Bardejov because the main transport routes were at some distance from it. This was not the only problem in the history of the town. A devastating blaze happened in Bardejov in 1902. Many buildings were destroyed in the ... Open »

All about Miskolc, Hungary - sightseeings, attractions, touristic spots, architecture, history, culture and cuisine. Prepare your trip together with OrangeSmile.com - find out the 'must see' things in Miskolc, which places to visit, which excursions to take, where the breathtaking views are waiting for you. Planning your trip with this travel guide will help your to get the most out of Miskolc in few days.