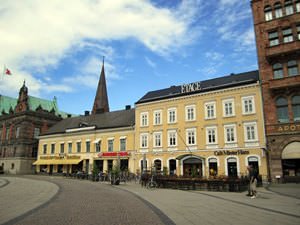 Malmo has a tiny but quite cozy historical district which is concentrated on three major squares: Stora Torget, Lilla Torg and Gustav Adolf ones. These scenic squares will be perfect places for hiking and plenty of landmarks and sights will turn the vacation even more exciting and interesting. The main sight of the city is considered to be the building of Turning Torso. Literally the name of the skyscraper can be interpreted as rotating torso or core. The height of the building is 190m. The skyscraper design was developed by the famous legendary architect Santiago Calatrava. Today his majestic creation is the most impressive and significant architectural landmark of the Malmo.
Shopping in Malmo - main shopping streets, outlets and boutiques
In Malmo, there are places for shopping for every taste in an unusual modern building with a glazed façade Emporia shopping centre. It will surprise not only with a variety of shops but …

Open
A few beautiful buildings are located around the ancient Lilla Torg square. These were built in the 17th – 18th centuries. The characteristic feature of the buildings of that period is fancy turrets. Such turrets are decorating almost every building set in the neighborhood of the square. The oldest building of the city is considered to be St. Peter’s Church which was established in the 14th century. This ascetic and grave Gothic style building features unique interior decoration. The halls of the church have excellently preserved the fresco paintings with the images of the saints which have been decorating the church since its establishment.
The same significant landmark of the Malmo city is Malmo Municipal Theater Stadsteater. It was established in 1944 and today it is among the largest theaters of Scandinavia. All the guests of the city should necessarily visit this temple of theatrical art. Malmo is often called a city of arts. Such a nickname the city has got due to the variety of museums. Modern art connoisseurs will like the Rooseum museum which exposition covers the artworks of famous artists, sculptors and carvers of our time. Copyright www.orangesmile.com
Guide to Malmo sightseeing - things to see and to visit
Malmo is not only an important port, but also the third largest city in Sweden, which is located on the south of the country in the picturesque region of Scania. Malmo is the capital of the …

Open
The magnificent Malmöhus Slott palace houses several significant museums at once. The walls of the palace host the Municipal Museum, the Natural History Museum and the Museum of Arts. A part of the palace halls are occupied with Maritime Museum and the Museum of Science and Technology. The most visited cultural establishment of the city is the Malmö Konsthall art gallery. Its collection of ancient paintings is one of the largest in Europe. The city guests may explore many interesting architectural sights during the hiking through the Western Harbor or the Vastra Hamnen as the district has preserved several dozens of ancient buildings. 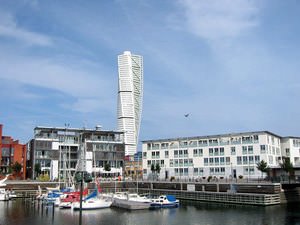 Those who want to enjoy magnificent theatrical performances or listen to symphonic music will never get bored when visiting Malmo. So, you should definitely go to such cultural institutions as Malmö Opera and palladium theatre (famous for its beautiful interior) to get a great experience and enjoy amazing performances. The city is rich in natural attractions —there are picturesque parks on its territory where you should definitely walk. They are the Kungsparken Park, next to the already mentioned Malmöhus Slott, with its beautiful mill "Slottsmöllan" and picturesque canals. The Park Pildammsparken also has several attractions: Margareta Pavilion, Pildammsteatern, as well as the lake, favoured by swans.
Family holidays with kids in Malmo. How to entertain your child, things to show to children.
Malme is a wonderful family resort. It has many picturesque parks, interesting entertainment centers, and attractions. One of the most extraordinary entertainment centers of the city is …

Open
You can find one of the most impressive buildings in the city near Kungsparken- Malmö Stadsbibliotek. The library was built in 1905 and got a modern look in 1999, today you can find not only printed books, but also electronic, and in 2006 it became the first library in Sweden, where video games were presented. The town hall "Malmö Stadshus", built in 1985 by the Swedish architect Stan Samuelson is no less interesting for connoisseurs of architecture. Earlier, before the construction of the town hall, the function of the Malmo city hall was performed by another building, built in 1924 by August Eve and Karl Melin. 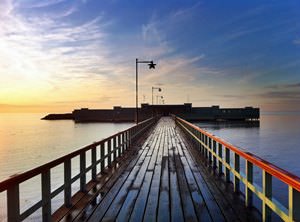 Walking along the street Ystadvägen, you can see an extraordinary sight-a green parking, and residential buildings, with plants on their roof— such views will remain with visitors of the city forever. An interesting structure is a sculpture called Spectral Self Container, which can be found on Anna Lindhs Plats square, near the main educational institution of the city and the region — Malmö Universitet. The University building impresses with its modern appearance so much that you want to immediately get ready for exams to enter an educational institution.
Cuisine of Malmo for gourmet with top restaurants and cafe
Local cuisine features plenty of simple and rich dishes. Roast goose with vegetables, softest and fluffiest egg pie and exotic roast conger eel are the main ethnic treats offered in any of …

Open
You should definitely take a look at some of the religious attractions such as St. Johannes Kyrka, the construction of it was completed in 1907, the architect was Axel Anderberg, who chose art Nouveau as the style of the building. The original shape attracts tourists and locals, the latter are very proud that there is such a beautiful structure in their hometown. There is a mosque in the city, it is called Mahmoodmoskén. Being built in 2016, it is a beautiful monument of modern Oriental architecture. It is especially interesting to visit the square surrounding the building in the evening - it is beautifully illuminated, giving the whole surrounding area a mystical sound. 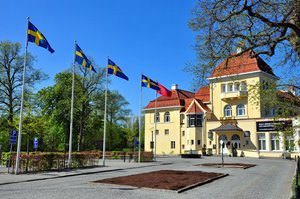 One of the museums of interest to the general public is Teknikens och Sjöfartens Hus, where you can discover the mechanisms used in Maritime Affairs, as well as water and underwater transport. But the cultural institution is not remarkable for this — the fact is that most of the exhibits are interactive, you can climb ships and submarines, and see how this or that mechanism works. Malmo has a unique museum where you can taste a variety of dishes from around the world. But everything is not so simple and nice — the fact that it is called Disgusting Food Museum, the museum with disgusting food. It will change your opinion about edible food and food in general. For example, you will find among the exhibits bat meat with fruit, eyeball soup, lamprey pie.

In the section below, you can get one of our excursion, activities or city discovery tours over Malmo and surroundings. Our website offers 10-30% lower ticket prices, when compared to the offline purchase on the spot.

This guide to cultural sights Malmo is protected by the copyright law. You can re-publish this content with mandatory attribution: direct and active hyperlink to www.orangesmile.com.
Malmo - guide chapters 1 2 3 4 5 6 7 8 9

What to visit during two-day excursion in Malmo

Public palaces near Malmo
♥   Palace 'Malmöhus Castle' Malmö, 0.9 km from the center. On the map

♥   Palace 'Christiansborg Palace' Copenhagen, 27.7 km from the center. On the map

♥   Palace 'Rosenborg Castle' Copenhagen, 28.2 km from the center. On the map

♥   Palace 'Frederiksberg Palace' Copenhagen, 30.9 km from the center. On the map 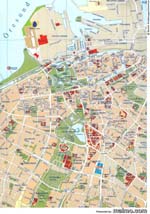 Photogallery of cultural heritage of Malmo

Excursions over cultural sights of neighbours of Malmo

Copenhagen
Stroget Street is the best place for walking. During a walk on it guests will see numerous interesting historical sites, old churches and cathedrals. When you feel a bit tired, it’s high time to have a break in one of the local restaurants. Stroget Street is also the best place for souvenirs as the selection of souvenirs and other nice items in local shops is simply great. ... Open »
Kristianstad
A building of the fashionable First Hotel Kristian IV is considered one of the most beautiful in Sweden. Originally, this large building with a richly decorated facade housed a bank, and after it was decided to reorganize it into a prestigious hotel. This building has wonderful arches and rounded windows, a beautiful tiled roof and many turrets that make it look incredibly ... Open »
Odense
A single touch to the walls of the church is considered to be curing and healing from all diseases and miseries. The church is visited by people of different religious confessions. A significant symbol of the city is so called half-timbered houses. These traditional medieval buildings are still constructed following good old traditions. The half timbered houses will be ... Open »
Rostock
Considering remarkable religious landmarks and sites of the town tourists should visit the St. Mary’s Church located in the very heart of the town. The church features luxurious inner decoration. One of the main features of the church is an astronomical clock which was constructed as far back as in the 15th century. Rostock hosts a great number of remarkable museums keeping ... Open »
Arhus
Here you can see the works of famous artists and sculptors of the first half of the 19th century, as well as a collection of works by famous modernists. Several halls are dedicated to the work of contemporary artists. Temporary exhibitions are often held here too. On the top floor, you will find a unique glass panorama created by the Danish artist Olafur Eliasson. It is ... Open »
Kolding
There are also many interesting landmarks in the vicinity of Kolding. In just a few minutes drive you can reach Hindsgavl Castle dating back to the 12th century. Its first owner and founder was King Valdemar II, he was a big fan of hunting and decided to build a new residence among the game-rich forests. Over many centuries, the castle has managed to avoid serious ... Open »

Culture guide to Malmo. Which fascinating sights to visit once you are in Malmo: temples, churches, museums, theaters and castles. Recommendations (with addresses, phone numbers and links) on the places 'must visit' in Malmo. Plan your own city excursion by using this page info!