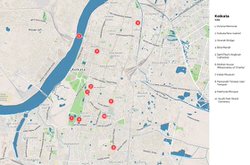 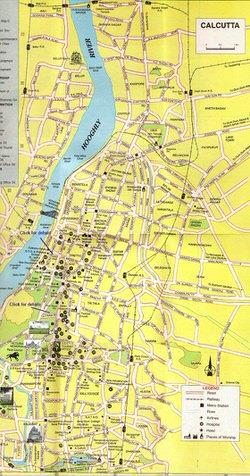 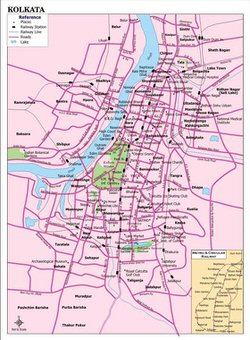 Interactive maps of hiking and biking routes around Kolkata

1. You can zoom in/out using your mouse wheel, as well as move the map of Kolkata with your mouse.
2. This interactive map presents two modes: 'Biking Routes' and 'Hiking Routes'. Use the '+' button on the map to switch between them.

This Kolkata map has two modes: 'Railway Network' and 'Landscape & Rural Map'. Use the '+' button on the map to navigate.

City tours, excursions and tickets in Kolkata and surroundings

Nature and parks of India

Another park called “Manas” has borders with the Kaziranga National Park. Here flows the Kaziranga’s River. It received its name in honor of the goddess of snakes. “Manas” is located right on the border of India and neighboring Bhutan. The inhabitants of the park can freely cross the state border, which is the river separating the park. “Manas” is located in the foothills of the Himalayas, which makes this place charming and unique. The snow-white peaks look very beautiful in contrast with the lush greenery of the national park. The park is inhabited by tigers, rhinos, and a number of rare birds. If you are lucky enough, you will be able to see rare swamp deer. You can move around Manas either by jeeps or elephants, and this will give a special touch to your visit to Manas. … Open

Our guide to Kolkata

Settlements existed on the site of modern Kolkata and its surroundings already more than 2,000 years ago. However, Kolkata as a city started actively developing at the end of the seventeenth century when the British East India Company started working in the region. Reportedly, Job Charnock was the founder of the city, but the Calcutta High Court stated in 2003 that the city didn’t have a founder. During the … Open

Maps of Bagan
Trips to the neighboring villages are also very popular among tourists. Of special interest is the village of Yandabo where you can get acquainted with the interesting traditions and culture of local people. Clay pots and bowls have been produced for many years here, and several historic workshops are still functioning. Guests are always warmly welcome here. For a small fee, ... Open »
Maps of Bago-Pegu
You can feed elephants and watch interesting tricks they perform under the guidance of animal trainers. Visitors will have a chance to climb up onto the elephant's back and ride around the camp. The camp is situated in a scenic natural area where the animals feel comfortable among ponds, trees, and spacious green meadows. Tours of the camp are popular not only among tourists ... Open »
OrangeSmile.com - online travel reservation expert providing reliable car rental and hotel booking services. We feature more than 25.000 destinations with 12.000 rental offices and 200.000 hotels worldwide.
Secure Server