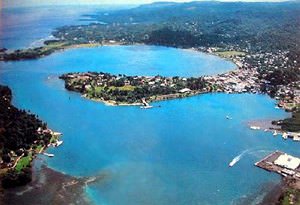 Options for Outdoor Activities on the Beaches of Kingston

You will see a gentle descent to the water and a sandy shore on the beaches of Kingston. Local residents have created all conditions for active recreation here. For example, if you come to Negril beach, you can hire a professional instructor. He will teach you how to sail, glide on the waves while standing on a board, and dive into the depths of the sea with scuba gear. This way you can see corals, colorful fish, and sunken ships.
Excursion over cultural sights of Kingston - 'must visit' points of interest
The country's most interesting attractions are concentrated in Kingston; The Zoology Museum is very popular among travelers with children. It contains a unique collection of natural science …

Open
If you like boat trips you can rent a boat that has a transparent bottom. You will admire the inhabitants of the Caribbean Sea with its help. You can also go fishing. If you are interested in caves, then visit the snow-white Naggo Beach. You will explore the caves there. You will also go diving, water skiing, and take a trip to the open sea there.
If you don't have enough thrills you should get to the south coast of the capital of Jamaica. You will do rafting on a small raft made of bamboo there. You will make a breathtaking descent down the Rio Grande River. It flows through lavender meadows. It has many thresholds. There are also areas with a rapid stream that passes between the stones. Copyright www.orangesmile.com
Your active city break in Kingston. Attractions, recreation and entertainment - best places to spend your day and night here
Kingston is famous for its unique natural beauties, the city has many beautiful parks and gardens. Nature enthusiasts must visit the Hope Zoo, which was opened in 1961. Initially, it was …

You can go from Kingston on a boat cruise down the Saint Lawrence River. The trip will last for 3 hours. You will admire the nature of the national park called "Thousand Islands" during this time. A longer trip along the fairway of the St. Lawrence River will be available between June and October. It will be held on a small airliner "MV Georgian Clipper". It lasts 5 days and 4 nights. If you choose this cruise, you will not only sail around the "Thousand Islands" but also get acquainted with the nature of this park. You will walk through it. You will also enjoy Lake Ontario. 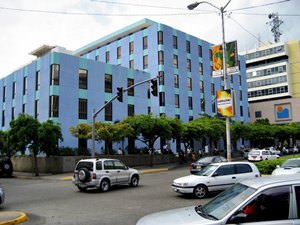 If you want to combine visiting the attractions of nature with recreational activities, visit the National Park "Thousand Islands". It was founded in 1904. It is located 38 meters south-west of Kingston. More than 20 large islands and many small islands located in the channel of the St. Lawrence River are part of it. Interesting excursions are waiting for you here. For example, you can visit a recreated traditional village of settlers from the 19th century. You can also go for a boat ride. You will go to the picturesque waterfalls. You can swim in the clear but very cold water there.
Advices to travellers: what you should know while being in Kingston
1. Kingston residents speak English fluently, while other foreign languages are much less common here. To show your respect for citizens, you can learn a few simple phrases in their native …

Visit one of the City's Ice Rinks

If you like to spend time skating and you do not want to give up your hobby even on vacation, come to the Springer Market Square in Kingston. An outdoor skating rink was built here in 2005. Its ice is of good quality. It is cooled and restored every 2 hours using a resurfacer. However, keep in mind that you will not be allowed to bring a hockey stick here. You can also visit the City Park. It is located west of the center of Kingston. Ice is not often restored at its rink. But you will be able to play hockey here. 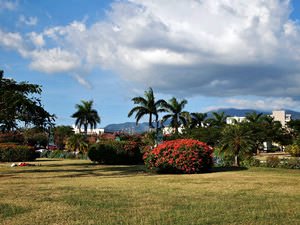 The Blue Mountains are located in a National Park in Kingston. Their slopes are covered with forest. They are 2 ridges. Their highest mountain is called Blue Mountain Peak. It reaches 2256 meters in height. You will climb to its peak on the trail. You will get there on foot with a guide. You will reach an observation platform specially equipped after you have walked all the way. You will enjoy a beautiful view of the coast here.
Shopping in Kingston - main shopping streets, outlets and boutiques
The most popular shopping area in Kingston is Half Way Tree, this is where you should look for the most popular clothing stores, all kinds of specialty and souvenir shops. Despite the huge …

This article about ideas on extraordinary weekend in Kingston is protected by the copyright law. You can re-publish this content with mandatory attribution: direct and active hyperlink to www.orangesmile.com.
Kingston - guide chapters 1 2 3 4 5 6 7 8 9

Notable celebrations and festivals in Jamaica

There are attempts to identify the location of the first Spanish settlement in this area because it would help to understand when the young country was founded. During a century and a half, the Spanish delivered sugar cane to Europe. Later, slaves from Africa were growing sugar cane. When the British appeared on the island, the Spanish escaped to the nearby islands. As a result of the emancipation and the following economic chaos, an uprising took place in Morant Bay. Politics was born in Jamaica in the 30s of the 20th century. Two very different men, Michael Manley and Alexander Bustamante (who turned out to be cousins), founded main political parties of the island. Soon, the new Jamaican flag was raised proudly, and a new independent country was born. … Open

Merida
Merida is a great destination for incredible discoveries and explorations. If you've already visited the Mayan pyramids and all the outstanding museums of the city, it's time to go look for a meteorite that near the city millions of years ago and led to the death of all dinosaurs on the planet. Go to the small village of Chicxulub in the immediate vicinity of Merida and stroll ... Open »
Bogota
Feeling hungry? Seek help from the same street vendors who set up their tents near the main square and offer a variety of treats and exotic fruits. If you don't want to get lost in the variety of national delicacies, pay special attention to tents with pastries. Here you can buy delicious freshly-baked donuts, buns, and special cheesecakes at really attractive prices. If ... Open »
New Orleans
Few travelers are aware of another interesting feature of New Orleans - the Second Line Street Festivals taking place in the city every two weeks. If you find out when the next festival kicks off, you can turn your vacation into an unforgettable event. The festivals are incredibly colorful, noisy, and covering the entire city. They are always attended by street food vendors, ... Open »
Atlanta
One of the most famous architectural landmarks of Atlanta is Swan House. It’s appreciated not only by fans of ancient architecture, but also those fond of The Hunger Games: Catching Fire movie. If you have visited an old mansion, then you know that it’s impossible to make photos of its interior, as it’s prohibited to take pictures during the tour. The only way to ... Open »

Walk through hidden local streets, sneak to a small cafe, breathe and enjoy Kingston from inside. Stay out from the beaten track during your city weekend, discover the soul of Kingston as a real travel gourment. Follow our guide, take one of the exclusive services and spend your time in Kingston unforgettably and with a full passion!