Preparing your trip to Kingston: advices & hints - things to do and to obey 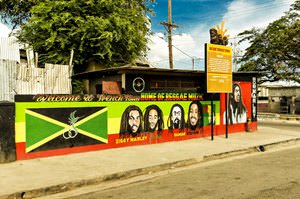 1. Kingston residents speak English fluently, while other foreign languages are much less common here. To show your respect for citizens, you can learn a few simple phrases in their native language “Patois”.
2. Such a well-known greeting gesture as a handshake is widespread among local residents. Not only men but also women greet each other this way.
3. Beachwear is accepted exclusively on the beaches. For walking around the city, both men and women should choose more reserved classic outfits.
4. Some local residents may have quite a fanciful style. Before photographing them, be sure to ask permission first.
5. Norman Manley International Airport is located near the capital; however, most international flights are taken by Montego Bay Airport on the opposite side of the island. From here, the capital can be reached by bus or taxi. Copyright www.orangesmile.com
6. The public transport system is well developed in the capital and other cities of Jamaica. By bus, you can get literally anywhere on the island.
7. For safety reasons, foreign guests should book a taxi at the hotel. Such official services are a bit more expensive than unofficial ones.
Extraordinary weekend in Kingston - unusual places, services and attractions for travel gourmet
…

Open
8. Public transport in Kingston starts running very early, at about 5:00 AM. The last buses leave the route at 10:00 PM.
9. Those who think about renting a car should be especially careful on the roads. Local residents do not care much about traffic regulations.
10. In some souvenir shops, tourists are offered to buy tortoise shell crafts. You shouldn't buy such souvenirs, as their production and sale are prohibited by law.
11. Those who go on vacation with friends should consider renting a private villa. This accommodation option will allow you to save a lot, as renting a villa is cheaper than renting a number of hotel rooms.
12. The best option for nightlife lovers is to confine themselves to clubs and bars located on Knutsford Boulevard. Other areas of the capital are not safe to visit at night.
13. Photo and video shooting are prohibited in all museums of Kingston. Before entering the museum, cameras should be left in a special storage room.
14. For fans of outdoor activities and beach entertainment, the best time to go on a trip is the summer. Between September and December, it rains a lot on the island.
15. The capital itself cannot boast comfortable beaches. The best beach is located on the uninhabited island Lime Cay, which is just a few minutes by motorboat from Kingston.

Preparing your trip to Kingston: advices & hints - things to do and to obey You can re-publish this content with mandatory attribution: direct and active hyperlink to www.orangesmile.com.
Kingston - guide chapters 1 2 3 4 5 6 7 8 9

What to visit being in Kingston - unique sights 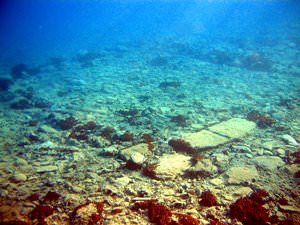 Distance from Kingston center - 7.1 km.
Large-scale studies of Port Royal began in the mid-20th century, when scientists have raised dozens of priceless historical finds from the seabed. The flooded city can boast numerous pirate goods, a significant part of which researchers have failed to detect. However, documents confirm that priceless treasures and relics lie in Kingston harbor. Despite the notoriety of Port Royal, the flooded city is an outstanding historical landmark, and all snorkelers can admire its priceless artifacts. … Read further

1. Citizens of many countries do not need a visa to enter Jamaica if they plan to stay on the island for less than 30 days. Check if your country is eligible for no-visa entry. In all other cases, it is possible to get a visa right in the airport upon arrival. The visa costs US$25. To get the visa, applicants need a passport that is valid at least six months after the arrival, airplane tickets, and a document that proves hotel booking.
2. It is allowed to carry an unlimited sum of foreign currency. It is prohibited to carry inwards Jamaican dollars. The tax-free amount of imported goods is the following: 2 liters of alcoholic drinks, 2 blocks of cigarettes, no more than 150gr of perfume, and no more than 340ml of eau de parfum. It is prohibited to import all kinds of narcotic substances, plants, fruit, and firearms. It is also prohibited to carry animals without corresponding documents. There are no limits regarding the export of tobacco and alcohol from Jamaica.
3. Both Jamaican and US dollars are adopted on the island. Banks and exchange offices offer the most beneficial exchange rate between the currencies. It is also possible to exchange the money in the airport, but the exchange rate unfavorable there. Tourists can exchange Jamaican dollars back to American ones only when leaving the country. To be able to do this, tourists need to show receipts that proove the exchange of American dollars to Jamaican ones. It is also possible to pay with American dollars when making a purchase in Jamaica, but tourists will get the change in Jamaican dollars in this case, and sellers will use a very unfavorable exchange rate. Many tourist areas accept credit and debit cards.
4. Tourists do not need to do special vaccines before visiting Jamaica. However, it is recommended to get an insurance certificate for a vacation. Travelers interested in sex tourism need to keep in mind that the number of HIV and STD infected sex workers is high on the island. … Open

Tips for the cities around Kingston

Montego Bay
4. There is no public transport in the city, so it is necessary to take a taxi for distance trips. It is not recommended to use the services of the taxicabs waiting for clients near hotels and restaurants. Their tariffs are much higher. 5. It is recommended to leave tips in cafes and restaurants. Their amount depends on the level of a venue. At prestigious restaurants, ... Open »
Georgetown
4. Different hotels can have different line voltage that can range from 110V to 240V. Wall sockets can also be different, so it is better to find out this information in advance, before the travel. That will help vacationers to stock up on connectors and adapters they might need. 5. It is recommended to leave tips in restaurants. A tip of 5 – 10% of the total is enough. ... Open »
Santo Domingo
4. A perfect alternative to public transport will be a taxi offering rather affordable rates. The taxi service is the most profitable way to cruise the city for tourists traveling with large company. 5. Tourists, giving preference to sparing on foods and eating, should focus on small street cafes and Chinese restaurants named pica pollos. These eating houses offer their guests ... Open »
Nassau
4. Drivers should remember about left-hand traffic in Nassau and other cities in the Bahamas. Be attentive and keep in mind that local drivers don't care much about traffic regulations. 5. An unusual form of transport, which can be used to reach different parts of the island and even neighboring islands is a water taxi. Tourists can find them on all major beaches. 6. ... Open »
La Romana
4. March and April are considered the hottest months of the year. The weather is optimal for a beach recreation but this period is not the best for active entertainment. 5. Travel offers are quite expensive. The best option for thrifty tourists is to plan a vacation for the summer months when the prices for tours go down. 6. In the resort and in its vicinity, US ... Open »
Bavaro
4. When visiting religious landmarks, men must take off hats and caps. In the past, women were required to cover their hair with a shawl, but this rule has become a recommendation in recent years. 5. When heading to a prestigious restaurant, museum, or any of the local churches, choose your outfit carefully. The clothes shouldn’t be too bright or revealing. Visitors ... Open »

Travelling to Kingston - advices and tips. What should be provisioned in advance, the rules you might want to follow, and the things you better avoid doing in Kingston. We help you to make your trip smooth and easy, with no unexpected surprises.