National traditions of Iceland. Habits, mentality and the way of living 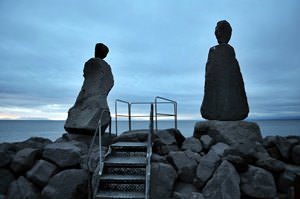 Icelanders are a nation that knows how to survive in quite severe environmental conditions. Due to the severity of the cold island country, its inhabitants use natural resources economically and wisely. Icelandic traditions have absorbed paganism and Christianity to become a completely unique culture. Icelandic remains the national language of Iceland, but most of the locals are fluent in English. About 80% of Icelanders are Lutherans, about 5% are pagans. Everyone without exception is entitled to medical care. Up to 36% of children in Iceland are born out of wedlock - this phenomenon has long become the norm. There are many couples who have been living together as spouses without formal marriage for years, which is also considered perfectly normal.
Iceland cultural sights. What to see?
Relatively small Iceland has an incredible number of interesting places that must be visited by every tourist interested in the history and culture of …
Read further
Personal freedom has always been considered important in Iceland. Now one can observe the progressiveness of mentality, which, however, does not turn away from ancient traditions. Iceland is among the world's leading countries in terms of human rights and gender equality. It was in Iceland that a woman was elected to the presidency for the first time in the world in 1980, it was here that women and men became fully equal. In Iceland, serious crimes are extremely rare, and the police, except for special forces, usually do not carry weapons - the country has often been named the most peaceful on the planet. Iceland is one of the leading countries for LGDB rights. Same-sex relationships have been legalized here in 1996, and since 2010, same-sex marriages have become legal.
It is worth taking into account that many Icelanders live by the slogan "I don't care about rules." People often collide with each other in public places because they look around or just walk the way they like - and no one apologizes. Perhaps these are the remnants of the distant ancestors' severity. Icelanders often interrupt each other, sometimes even speaking all at once. Being late is okay here. When meeting with friends Icelanders keep a low profile - joyful smiles, laughter, friendly hugs are not accepted. Tourists often find Icelanders rude and touchy, however, they can be quite friendly and ready to help. They always thank each other for time spent together. Friendships are really highly valued. When there is nothing to talk about, Icelanders talk about the weather. Copyright www.orangesmile.com
Things to do in Iceland - active leisure
In Iceland, vibrant nightlife is concentrated in clubs and bars, which can be found not only in the capital. Cozy R5 Bar in Akureyri, the “northern …
Read further
In Iceland, people like when foreigners praise their country and everything related to it: culture, politics, nature and so on. Tourists are constantly asked: "How do you like Iceland?", waiting for a witty answer. About 80% of locals believe in elves, trolls, and gnomes. Even during roadworks, touching large stones and caves is often avoided so as not to disturb fabulous creatures hiding there. Superstitions are generally very common and strong in the homeland of wonderful fairy tales and legends. For example, instead of knocking on wood, here it is customary to pronounce lucky numbers - 7, 9, and 13. When moving to a new house, bread and salt are first brought in to attract wealth and prosperity. Knives cannot be given as a gift - this can destroy relationships. However, they can be bought for the lowest possible price. Raising their glasses, Icelanders always look into the eyes of others present at the table to avoid problems in their own personal life. 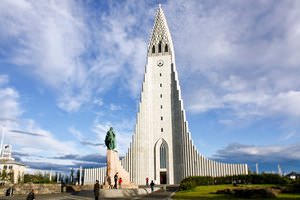 The literature, which Icelanders are proud of, has retained a richness of traditions and customs in sagas - they have been first written only since the 14th century. Through these literary works, you can get acquainted with the history and culture of Iceland and better understand the Icelandic mentality. It is important to remember that Icelanders do not have surnames, therefore it is customary here to address each other by their first names, even in a formal setting. Instead of surnames, Icelanders still use patronyms and matronyms. And the ending depends on the person's gender: this is "-sson" for men and "-dottir" for women. Some Icelanders, however, have surnames chosen on their own or inherited from a foreign parent.

This article about national traditions in Iceland is protected by the copyright law. You can re-use the content, but only under the condition of placement of an active link to www.orangesmile.com.
Iceland guide chapters 1 2 3 4 5 6 7 8 9 10 11

Cathedrals and basilicas in Iceland
♥   Christ the King Cathedral, Reykjavík. On the map

Famous sites of Iceland in pictures

Unique traditions in cities of Iceland

Reykjavik
The primary events of the festival are famous cooks’ master-classes. The most sophisticated gourmands visit the festival too. During the festival celebration all the popular restaurants suggest their guests to taste their special menu and take part lots of exciting entertainments. Local bars, clubs and discos are engaged in this festival too, so night life enthusiasts will like a great choice of entertaining programs. The festival lasts for five days and falls within the second part of … Read more

Keflavik
Sweaters and hats made from the wool of local production are very easy to distinguish in the store - they are very itchy. Usually, in tourist-focused shops, one can buy goods from softer wool imported here from other countries. Sweaters from real local wool have several important advantages - they are very warm and moisture-proof. Many residents of Keflavik wear this kind of sweaters as outerwear. All guests of the city can join the local knitting culture, there are a lot of specialized shops … Read more