Cultural sightseeing in Iceland. What to visit - museums, temples, castles and palaces 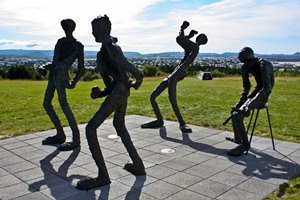 Relatively small Iceland has an incredible number of interesting places that must be visited by every tourist interested in the history and culture of the country. The National Museum of Iceland in Reykjavik keeps a huge collection of antiques and artifacts from the time of the settlement to our days. These are paintings, national costumes, ancient sculptures of gods, decorations, weapons, furniture, documents, and much more. The museum carefully stores its exhibits, allowing all comers to get acquainted with the heritage and history of Iceland. On the ground floor, there is a souvenir shop and a cozy cafe.
What to see and what to visit in Iceland with children
Despite its external severity and coldness, Iceland is ready to offer an amazing pastime for tourists with children. Lagafellslaug Water Park in the …
Read further
The Glaumbær Farm located in the northern region of Skagafjörður opened as a museum in 1952. Farm buildings date back to the 18th-19th centuries. Here you can see traditional Icelandic turf houses made from wood and turf. This kind of houses had been common in Icelandic towns and villages until the early 20th century. Houses constructed in this way can stand for centuries. Visitors will also see amazing old shoes made from fish skin. The buildings' rooms - a living room, a kitchen, pantries, and others - are quite dark but cozy.
All those fascinated by the Viking age should not ignore the Viking World Museum, located on Reykjanes peninsula. A building of this unique museum consists mainly of glass, and in its main hall, there is a replica of a Viking ship that can be explored on board. The museum contains weapons, tools, clothing, and other antiques once belonged to real Vikings telling about their fearlessness and strength. This is a great place to dive into the culture of the Vikings. Copyright www.orangesmile.com
Shopping in Iceland - best shopping places, what to buy?
Going shopping in Iceland, one must first set oneself a certain goal, so as not to get confused, because this small country has supermarkets, large …
Read further
The small Icelandic Punk Museum in the capital is recommended for fans of something more contemporary. It is open daily until 10:00 pm. The museum, once a public toilet, tells the history of the punk movement in Iceland through many photographs on the walls. There are also musical instruments available for playing. And in the south-western town of Keflavík, you'll find the Museum of Rock 'n' Roll - a much more serious place inviting visitors to get acquainted with the rock history of Iceland, which was written by such performers as Björk and Sigur Rós. Here you can also play musical instruments, there is a Hall of Fame, a cafe, and a shop selling T-shirts and Icelandic music. The museum is open from 11:00 am to 6:00 PM. 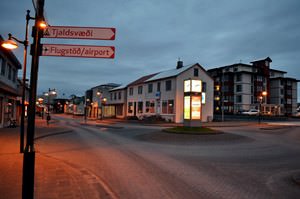 There are many places of religious significance in Iceland. Landakotskirkja in Reykjavik is one of the main attractions of the city. This magnificent Catholic church is a high-rise neo-Gothic structure that has been open to believers since 1929. Numerous arches inside the church create an unusual effect of flying and striving towards heaven. Here you can see the statue of St. Thorlak, the patron saint of Iceland, a statue of Christ carved from cedar wood, and a wonderful 14th-century statue of the Virgin Mary. A Lutheran church with a high tower in Reykjavik, Hallgrimskirkja, is located in the heart of the city. It is dedicated to Hallgrímur Pétursson, a famous Icelandic poet of the 17th century. It houses a Sunday school, art exhibitions, and organ concerts. One can reach a 74.5-meter-high church tower by elevator to admire the beautiful view of the city. In front of the church stands a statue of the Viking Leifur Eiriksson, the first European to set foot on America.
When and where to 'hang out' in Iceland - festivals and celebrations
Tourists visiting Iceland at any time of the year will definitely witness one of the many Icelandic holidays or festivals. The descendants of the …
Read further
Hellnahelir is the largest artificial cave in Iceland on the western slopes of the mountain near the Helljar farm. Thanks to the unique acoustics, all kinds of concerts and sacred services have been held here. Many centuries ago, this place had been used as sheds and livestock pens. On the walls of the cave, you can see the carved drawings. Some scientists believe that this cave was dug by Irish monks who arrived in these places shortly before the Vikings. 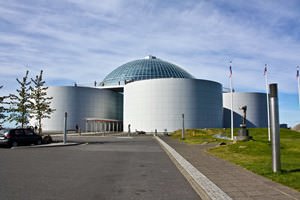 Those wishing to touch the recent history should head to the Höfdi House dating back to 1909. Originally it was the home of the French consul, later the famous house was visited by Churchill and Marlene Dietrich, and in the 1980s, Reagan and Gorbachev met here to put an end to the Cold War. Besides its historical significance, the house is also known for its beauty. It is rumored that the first owner eventually moved out of the house because of the ghost of a woman who has been living here for many years. While the house can only be explored from the outside, it is still used for official events.

This article about cultural sites of Iceland is protected by the copyright law. You can re-use the content, but only under the condition of placement of an active link to www.orangesmile.com.
Iceland guide chapters 1 2 3 4 5 6 7 8 9 10 11 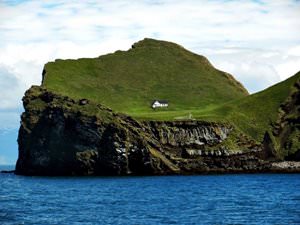 Those who want to stay away from the bustling cities and oppressive manifestations of a civilization have to go to Iceland, to the island of Ellidaey. It is located in the Atlantic Ocean in the Vestmannaeyjar archipelago. The area of ​​this tiny picturesque island is about 0.5 square km. If you look at the island from afar, it resembles a large hill with a steep slope. The place attracts travelers with its peaceful surroundings and picturesque scenery.

The island has formed about 5 000 years ago after an eruption of a volcano. For several hundred years, people have been living in its territory. They have being engaged in cattle breeding and fisheries. However, already by 1930, all the locals left the island and today it is uninhabited. The island is home to many birds. Watchers come … Read all 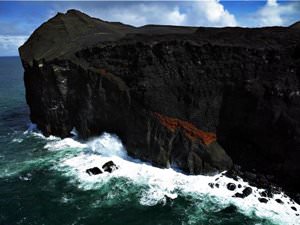 In Iceland, there is also a place that is highly undesirable to visit. That’s the Surtsey island. It was formed quite recently, during the eruption of an underwater volcano in 1963. The site immediately caught the attention of scientists. For more than 50 years, it remains a place of scientific experiments and studies. The island is 2.7 square km. For scientists, it is a visual model of the appearance of the volcanic island and origin of the life on it.

Now, the scientists observe how the life is developed on the island. The first bacteria has colonized it in only a few hours after the onset of the volcanic pumice over the water. Access to the island is prohibited to unauthorized persons, although it doesn’t show a direct threat to life and health. Casual visitors can jeopardize the … Read all
All unique sightseeing Iceland

Famous sites of culture and history of Iceland in photoset

Culture and monuments in popular cities of Iceland

Reykjavik
The Art Gallery is one of the most interesting cultural spots of the city. The matter is that not only famous masters represent their works in the gallery, but amateurs and promising beginning artists do as well. Often the gallery holds selling exhibitions of picture and statuary artworks. Travelers usually buy local artists’ works as memorable souvenirs. Hafnarfjordur is a suburban district of Reykjavik which is a very interesting place for curious travelers to visit. Its popular name is … Read more

Keflavik
Keflavik's most famous attraction is the Viking World Museum containing a rich collection of artifacts on the history of the Vikings. The central exhibit is a life-sized copy of an ancient drakkar. Ships of this kind were built by the Vikings back in the 9th century. Besides the models of old boats, the museum presents collections of old weapons and traditional Viking clothing. It is noteworthy that in 2000 a trip to New York was made by the unique ship model. It was successful and once … Read more