Sightseeing in Reykjavik - what to see. Complete travel guide 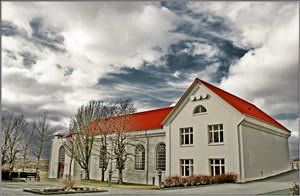 This is one of the most picturesque and interesting cities in Iceland. Pleasant surprises and exciting activities wait for guests right on every step of the city, so your holiday will be truly exciting and unique.
Your active city break in Reykjavik. Attractions, recreation and entertainment - best places to spend your day and night here
Reykjavik concentrates popular night clubs and elite boutiques. The city offers a great number of sport centers, amazing parks and entertaining complexes for family visiting. Not far from …

Open
Austurvalur Square is located in the center of the city. The square overlooks the House of Parliament. Hatlgrimskirkya Cathedral is located right opposite to the house. The height of one of its towers estimates 75 meters. The cathedral has become a symbol of the city, its towers are perfectly visible even from the neighborhood. The bell tower of the cathedral is equipped with an observation area. Everyone can climb up and enjoy the beauty of the city in all its details. Austurstraeti Street is the best place for walks. This is also the oldest street in Reykjavik. Here you will find several souvenir shops, cafes and restaurants.
Without a doubt, Perlan is the most spectacular contemporary architectural construction of the city. This is a cupola-shaped building, inside which is constructed an artificial geyser. Due to lighting the geyser looks like a fantastic creature. One can endlessly admire the beauty of the fountains. You will find a restaurant right under the roof, so Perlan will be a great place for evening pastime. Copyright www.orangesmile.com
Advices to travellers: what you should know while being in Reykjavik
1. The peak of the tourist season in Reykjavik falls within July and September. The season features mild and cloudless weather. However during winter time the city hosts several great …

Open
Many attractions are located around the city. Be sure to visit the most popular national park of Iceland called Tingvetlir. Here you can see numerous canyons and caves, magnificent lakes and green trees. Near the city is located the famous Blue Lagoon, the swimming season in which is open all year round. You can also make an excursion to the Valley of geysers and waterfalls to admire its wonderful nature that is very varied and picturesque. 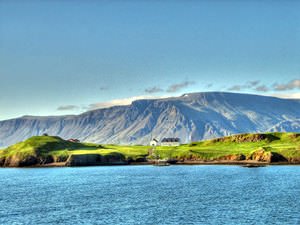 In the city harbor, a beautiful modern building in a futurism design is located. Its facade is covered with mirror tiles. Harpa concert hall, whose opening was held in 2011, is located there. It is used for a variety of cultural events. The concert hall often hosts Irish opera and symphony orchestra concerts.
Extraordinary weekend in Reykjavik - unusual places, services and attractions for travel gourmet
…

Open
The house of Hövdi is an interesting architectural monument, as well. It was built in the early 20th century in the city's most sparsely populated area. The historic Art Nouveau building is marked by the residence of the famous Irish poet E. Benedikhtsson. In the second half of the 20th century, it was repeatedly used for important business meetings and contacts. The architectural monument is closed to the public, so tourists can enjoy only the appearance. 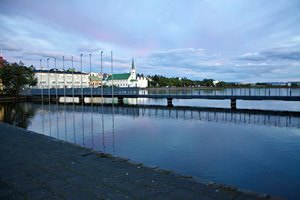 The most important religious monument is the Reykjavik Cathedral. The Cathedral surprises with its modest appearance. It was built at the end of the 18th century and is a typical monument in Danish colonial style. It more closely resembles a modest parish church. A beautiful green lawn is developed opposite the cathedral. During the warm season, it is a stamping ground for locals.
Cuisine of Reykjavik for gourmet with top restaurants and cafe
Reykjavik offers its guests more than two hundreds of restaurants, bars and cafes, which specialize in various culinary trends. The Sjavargrillid restauran offers its customers to try the …

Open
The National Museum of Iceland should become an obligatory point of any excursion program. Its expositions are devoted to a variety of historical and cultural themes. Among the most valuable exhibits of the museum is the Thor figure, which is more than 1000 years old, and the very first Bible published in Icelandic. The museum features a rich collection of antique weapons and ornaments, as well as luxurious national costumes. 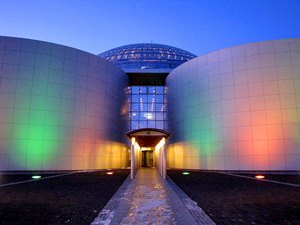 Aurora Reykjavik scientific center is a unique institution, which offers visitors excursions and themed events dedicated to the amazing natural phenomenon - the northern lights. They have a rich exhibition of photographs and numerous interactive installations that allow visitors to admire the northern lights at any time.
Authentic traditions, festivals and lifestyle of Reykjavik inhabitants
A great number of worldwide festivals are organized in the capital of Iceland. Tourists will have a chance to visit various gastronomical and cultural establishments and take part in various …

Open
Whales of Iceland Museum is one of the youngest in the city. Its opening was held in 2014. The museum features 23 models of whales of various kinds. All of them are made in full size. The main feature of the museum is its unique attractions of virtual reality.

This guide to iconic landmarks and sights of Reykjavik is protected by the copyright law. You can re-publish this content with mandatory attribution: direct and active hyperlink to www.orangesmile.com.
Reykjavik - guide chapters 1 2 3 4 5 6 7

City tours, excursions and tickets in Reykjavik and surroundings

Shopping streets in Reykjavik
♥   Shopping area ' Laugavegur' Reykjavík, 1.2 km from the center. On the map

Art galleries in Reykjavik and around
♥   Art museum 'Reykjavík Art Museum' Reykjavík, 0.3 km from the center. On the map

Sights around Reykjavik from our guide 'Extreme places on Earth' 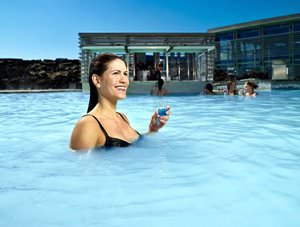 Distance from Reykjavik center - 28.8 km.
The temperature of the water in the lagoon is about 40 degrees even in winter. That's why cool tankards are very popular. Lagoon Bar is 200 meters wide and for the last years it was modified in the unique SPA complex. In addition to the bar you can find a great restaurant. Also, the visitors can go to the medical clinic and even walk around the nearby shops, that are located on the complex's territory. The SPA complex was opened in 1999. At first, the locals found and liked this lake. If you are looking for the most outstanding bar in the world – come here! … Read further 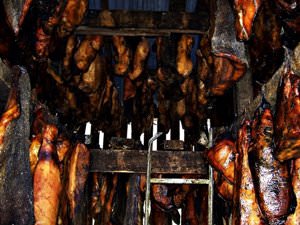 Distance from Reykjavik center - 0.6 km.
Locals believe that if on Christmas Eve you will eat a few slices of smelly meat, the whole year you will remain steadfast and strong, like a true Viking. This unusual method of cooking shark meat is not accidental. Eating this meat fresh is very dangerous due to the high content of urea. After proper exposure, the meat becomes safe. Gourmets will like visiting Iceland in January, during Thorrablot annual gastronomic festival. Its guests can enjoy not only hakarl, but other popular dishes of the rugged Vikings. … Read further

Sightseeing in Iceland: things to see

The Parliament House and the building of the Government are among the most famous architectural landmarks of the city. Both the buildings were constructed in the 18th century. There are many old buildings in Reykjavik, but the majority were transformed into shops and restaurants, so a simple walk on the streets of the city will let you see many interesting buildings. Continue your excursion program by visiting the National Gallery of Iceland and National Museum that exhibit collections of mostly historic items. Don’t forget to visit Hallgrímskirkja Church. This is one of a few churches in Europe made in modern style. Fans of nature will be pleased to visit the local botanic garden. … Open

Search touristic sites on the map of Reykjavik

Sightseeing in regions nearby Reykjavik

Keflavik
NATO bases themselves were closed only a few years ago and are still in a very good condition. To prevent them from completely decaying, the Icelandic government began to use them and many companies opened offices in these buildings. There are plans to use the bases for a private hospital and a children's clinic. The most famous attraction near Keflavik is the Blue Lagoon. ... Open »
Torshavn
This is a major trading city located in the eastern part of Stirrup Island. It was founded in the 10th century, and Vikings are considered its first settlers. The old Norse god of thunder Thor is known as the patron saint of Torshavn. The name of the city is the result of this fact. Beautiful countryside and rich choice of historic monuments attract tourists to the city. People ... Open »
Inverness
The castle built in the 11th century was one of the witnesses of all these battles. It managed to survive partially up to our days, but several towers of the castle were destroyed in the 15th century. During the Victorian times the city started attracting first travellers who wanted to look at its priceless sights and walk on picturesque suburbs. The southern part of the city ... Open »
Londonderry
Mussenden Temple is one more notable religious landmark in County Londonderry. This is an interesting old church that is a popular attraction in the region nowadays. Mussenden Temple is a moderately sized round-shaped building that stands proudly near a cliff that faces the Atlantic Ocean. Tourists can visit this popular historical building free of charge all year round. The ... Open »
Aberdeen
Aberdeen is often called the city of granite, greenery and marine docks. This is a famous port city and an industrial region. In the 19th century Aberdeen was famous for its granite deposits. This is the reason why the majority of ancient buildings and statues in this city are made of this material. Moreover, Aberdeen in a famous university center as here is located the oldest ... Open »
Glasgow
Glasgow is a city located 35 kilometers away from the mouth of the Clyde River on the middle-Scottish lowland on the north-west of the Great Britain. Glasgow is the third largest city in the country. The city makes up Clydeside conurbation together with surrounding villages, towns and suburbs that are located along the Clyde River. Among them are Greenock, Dumbarton, ... Open »

All about Reykjavik, Iceland - sightseeings, attractions, touristic spots, architecture, history, culture and cuisine. Prepare your trip together with OrangeSmile.com - find out the 'must see' things in Reykjavik, which places to visit, which excursions to take, where the breathtaking views are waiting for you. Planning your trip with this travel guide will help your to get the most out of Reykjavik in few days.