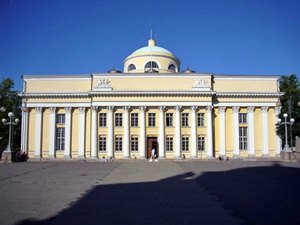 The large market that works every weekend on the central square of Helsinki is well-known beyond the borders of the city. However, the old roofed market of Wanha Kauppahalli is often neglected by travelers. The structure of the market is very unusual – one can see beautiful wooden stands with fruit and vegetables, with compact cafes open opposite to them. These cafes are the reason why experienced travelers visit the market as they are among the few places where it’s possible to try classic national delicacies – fish, local cheese, best sorts of beer, and real homemade baking. If you visit this amazing place, don’t forget to try sandwiches with shrimps and caviar, while sweet tooth travelers are recommended to purchase a jar of blueberry jam, maybe even more than one jar – you will not be disappointed.
Authentic traditions, festivals and lifestyle of Helsinki inhabitants
The locals are very hospitable, but they are distinguished by a certain restraint in communication. Great nature is considered the main wealth of their country. In the minds of local people …

Open
Continuing the gastronomic theme, it is important to mention some advantages of the abovementioned market square. This is where visitors can try the most delicious smelt and roasted salmon in the city while waiting for a ferry or searching for memorable souvenirs. Small open stalls work all year round on the market square. These stalls cook and sell the delicious local “fast food”. The taste of the fish that has been just removed from fire is nothing but splendid. The fish is served with a choice of garnishes, such as French fried potatoes or vegetables.
If you want literally to diversify your acquaintance with the city and its culture, make a ride on an unusual train known as Kulttuuriratikka. That’s an informal name of route 7A train. For many years the tram has been used for various culture events. Numerous music concerts and exhibitions take place directly in its carriages, so such a ride promises to be an interesting one. The unusual tram with a red sculpture on its roof is not hard to distinguish from regular trams. The culture tram can be seen on weekdays from 15:00 to 18:00. Don’t be afraid about the price – the ticket costs just as much as other trams do. Copyright www.orangesmile.com
Excursion over cultural sights of Helsinki - 'must visit' points of interest
Senate Square remains one of the main points of interest in the city. The square is surrounded by beautiful buildings, the majority of which were built in the first half of the 19th century. …

Open
If after an exciting day full of entertainment you’re not in a mood to return to your classic hotel, it’s high time to make a ride to Kylmäpihlaja Lighthouse. Built in 1953 and located on a rocky island, the lighthouse is still in action. Travelers have a unique opportunity – to sleep in a comfortable guest room that is open directly in the old lighthouse. It takes only 45 minutes to reach the distant island by ferry from Helsinki. 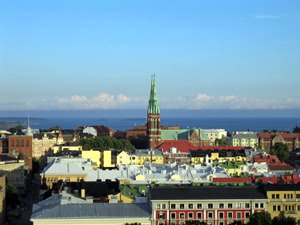 Many people who walk in the most famous park of Helsinki, Esplanadin, have no idea about an amazing place of interest that is right under their feet. Several years ago Helsingin Energia Company started building the new district cooling system underground. The system is expected to be finished in 2015, so very soon the large cave will be filled with water, but as of now visitors can go down and walk in winding tunnels. The atmosphere in the cave is quite mysterious and it is skillfully decorated with artistic lighting.
Your active city break in Helsinki. Attractions, recreation and entertainment - best places to spend your day and night here
You will find the widest number of entertainment venues in Helsinki. Park Linnanmaki is the best place for family rest. In this park you will find more than three dozens of thrilling rides. …

Open
If the above-mentioned attractions are still not enough and you crave for something more thrilling, it’s time to visit the most extreme place of the Finnish capital - Linnamiakki

Park. This park will fit the bravest visitors as there are no colorful rides in this park – only scary looking metal constructions. Without a doubt, Kingi freefall tower is the most thrilling ride in Linnanmaki, so everyone is welcome to experience how it feels to fall from a 75m height – just don’t forget to fasten the belts.

This article about ideas on extraordinary weekend in Helsinki is protected by the copyright law. You can re-publish this content with mandatory attribution: direct and active hyperlink to www.orangesmile.com.
Helsinki - guide chapters 1 2 3 4 5 6 7 8 9 10 11 12 13 14 15 16 17

Survived castles around Helsinki
♥   Castle 'Suomenlinna' Helsinki, 4.5 km from the center. On the map

Art galleries in Helsinki and around
♥   Art museum 'Ateneum Art Museum' Helsinki, 0.8 km from the center. On the map 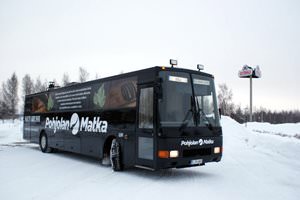 Distance from Helsinki center - 0.5 km.
Guests of Helsinki can order a wheeled bus sauna for recreation. This is a classic Finnish sauna, which has been furnished in a big bus. The latter did not lose its original purpose after modernization. The sauna can be ordered to any neighbourhood of the city and to the surrounding areas. Some tourists go by this bus to watch city sights. … Read further 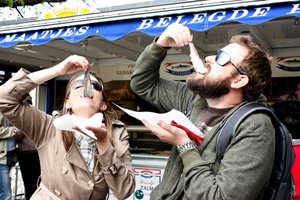 Distance from Helsinki center - 0.5 km.
Among the numerous festivals and symbolic national holidays a special place belongs to gastronomic festivals. One of the most unusual and interesting among them is the Festival of herring which is held annually in Helsinki. For residents of Finland herring is not just one of the favourite delicacies, but a real national symbol. The Herring Festival is usually celebrated in early October. … Read further 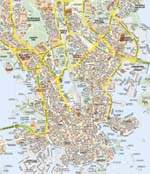 Tallinn
One more hidden landmark is located in the middle of a very popular place - Kadriorg Park. In 2011, an unusual bridge appeared in the park. The bridge has quite a creative name - «A Path in the Forest». It was decided to build it not for the purpose of crossing something but to help visitors enjoy the view of old trees. The spiral-shaped bridge is several meters high, so it ... Open »
Riga
Informal youth likes to gather on picturesque Miera ielas Republika. This street is located quite away from the noisy city center and close to Dailes Theater. Miera ielas Republika has everything a non-mainstream person could ever wish for. Vintage shops, interesting art workshops, restaurant with creative design, and excellent vegetarian cafes – you will find all these and ... Open »
Stockholm
When you’re done admiring the view of the city from various observation decks and visiting the most mysterious districts, it’s high time to start searching the most unusual monuments. The history of every unusual monument is unique and may excite curious travelers. When you reach the corner of Drottninggatan and Stromgatan streets, find Rag and Bone monument. The homeless ... Open »
Vilnius
One of such entrances to the underground city is located on Bokšto gatvė, in an old bastion made of red brick. Many locals believe that a ghost lives in the old building, so the bastion remains one of the most mystical spots in Vilnius. If you’re not squeamish about such places, consider visiting the ancient sewer located on Gedimino prospektas. In case your primary wish ... Open »
Minsk
Even lively, crowded Minsk has monuments that only a few know about. The monument to a Möbius strip located in the yard of the National Academy of Sciences is a great example. The Academy building is surrounded by a beautiful park, where a unique, unconventional monument—a large metal strip with a ball attached to a stone—is hiding among numerous trees. The monument was ... Open »
Gdansk
This outwardly unremarkable post office keeps a lot of secrets. The ceiling here is made of translucent blue glass, so during the day, the room appears to be flooded with blue light. A glass dome of the roof painted in the national style looks incredibly spectacular. Another unique decoration, a flock of wooden birds, is circling around the ceiling. At the post office, you ... Open »

Walk through hidden local streets, sneak to a small cafe, breathe and enjoy Helsinki from inside. Stay out from the beaten track during your city weekend, discover the soul of Helsinki as a real travel gourment. Follow our guide, take one of the exclusive services and spend your time in Helsinki unforgettably and with a full passion!