Active vacation in Australia - things to do, entertainment and nightlife 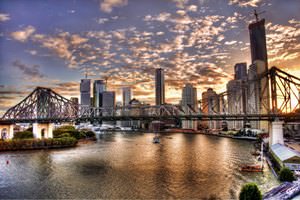 Australia is a true paradise for fans of outdoor activities. Fans of dynamic pastime can ride on SUVs vehicles, make horseback riding, watch whales, dive or surf, fish, and play a game of golf or tennis. The waters in the vicinity of the famous Great Barrier Reef attract thousands of searchers of underwater treasures. According to experienced divers, the underwater world off the Australian coast has no equal in wealth and variety. The best time for diving is from March to July, when near the coast you can see whale sharks and sea turtles. The most convenient places for diving are at the steep walls of reefs where there is no strong current. In Adelaide, dives are organized every year to observe the white sharks. You can also swim at the western shores among the wreckage of ships.
Top chic accommodation you can find in the country
The luxury hotels in Australia, deserving attention of the most discerning traveler.
Read further
Surfing is excellent in Australia. One of the world’s surf centers is the Golden Coast resort on the east coast, where a large surfing club operates. Professional surfers will like Shark Island, where the highest waves can be seen. Beginners should go to Byron Bay or Newcastle. The season starts in November and ends in April. Beginners can learn the basics of surfing at one of the hotels in Main Beach or in the suburbs of Sydney. In Australia, all conditions for fishing fans have been created. You can carry out calm trout fishing at the lakes or rivers of Tasmania, and dynamic ocean fishing right from the boat, off the coast of Queensland. In the country are held regular competitions of anglers.
Extreme sport fans are invited to make an exciting tour on ATVs along the Australian desert, or go rafting on any one of the Mountain Rivers. The rafting is conducted using a rubber raft. The best places for rafting is on the river Tally, crossing Queensland. In an environment of dense rain forests, brave souls have to overcome more than forty thresholds, from simple drops to fairly complex obstacles. In Australia, various games with the ball are popular: football, rugby, cricket, golf. There are about 1,500 well-equipped golf courses in the country. No less popular are tennis, basketball, netball, and badminton. Those who prefer a more relaxing holiday will like hiking around the famous Australian routes: the Great Ocean Trail, the Great Ocean Road, and tracks on the island of Kangaroo. Copyright www.orangesmile.com
Most romantic hotels in Australia
The best hideaways for couples in love, as well as top hotels for wedding and honeymoon.
Read further
After an active and busy day, it is worth spending an evening in one of Australia’s entertainment establishments. The night entertainment industry of the country consists of fashionable clubs and bars, cozy pubs, casinos and world-class restaurants, many of which are located directly on the beach. In Canberra, there are institutions for every taste. “EYENU Union Bar” is one of the oldest clubs in the capital. It regularly hosts concerts of musical groups and incendiary parties. In the bar of the institution you will find the best bottled beer in the city. Guests can play billiards or use the jukebox. Cocktail connoisseurs should visit the “Cube”, which offers an amazing range of drinks. “Canberra Irish Pub” with karaoke is ideal for relaxing in a friendly company. Music lovers will like the club “Trades”, where musical performances with live sound are organized on Fridays and Saturdays. 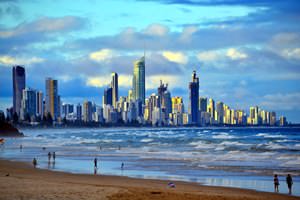 One of the most interesting institutions in Sydney is the “Hugo Long Club”, where a rich and respectable audience gathers. All the waiters and waitresses in it seem to have come off the cover of a magazine, and the bar offers excellent cocktails. The establishment “Bubble” in Melbourne is renowned for its energetic music and hot dances in an atmosphere of light madness. The Night Club combines two large dance floors, spacious halls, and podiums. There are also computer games halls, billiard rooms, and bars. The institution “Ambar” in the city of Perth is a place where the underground music community flourishes. The club hosts sessions of promising Australian DJs. One of the most fashionable nightclubs in Brisbane is the luxurious “Claudeland” with open dance floors and several bars, in which futuristic interiors are combined with lush vegetation.
Admire style in every aspect? Selection of the best design hotels in Australia
The developed hotel infrastructure of Australia opens wide scope for realization of the most stylish and unexpected projects in hotels of different …
Read further
Australian gambling establishments also deserve attention. On one of the Sydney beaches is the casino “Star City”, where in addition to gambling, guests are offered a host of ​​entertainment. The casino of the hotel “Wrest Point” in Tasmania is the first official gambling establishment in Australia. In the seventeen-storey tower, guests are also served European cuisine in their Tasmanian interpretation by several restaurants. In the bar “Birdcage”, the best cocktails and live music are offered to the delight of guests. Casino “SkyCity” in Darwin offers gamblers the opportunity to play roulette, blackjack, baccarat, Caribbean poker, etc. The institution has more than seven hundred modern slot machines.

This article about active leaisure, entertainment, recreation and attractions in Australia is protected by the copyright law. You can re-use the content, but only under the condition of placement of an active link to www.orangesmile.com.
Australia guide chapters 1 2 3 4 5 6 7 8 9 10 11 12 13 14 15 16 17

Water attractions in Australia
♥   Water park 'Funfields' . On the map

♥   Water park 'The Beachouse' Adelaide. On the map

♥   Amusement park 'Dreamworld' . On the map

National and city parks of Australia
♥   National Park 'Alexander Morrison' . On the map 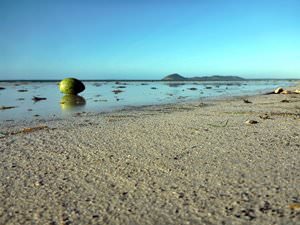 Form destroying nuclear tests have destroyed even some national parks, one of them is Kutini-Payamu National Park situated in Australia. The largest part of its territory is covered with pathless rainforests. The whole area of the national park is 346 square kilometres. During the Second World War at the territory of the park was placed a military air base. In the 1960s there were held top-secret tests of the nuclear bomb.

According to unofficial data, there were held tests with the participation of the American, Britain and Australian military forces. For the wide audience, it was said that these tests were made with a usual bomb that imitates the nuclear explosion. These tests were held in a park not accidently, they wanted to know how the nuclear exposure will reflect the tropical … Read all 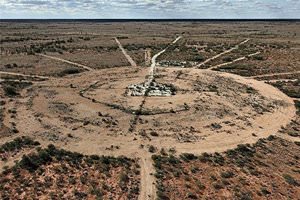 In Australia, a large test site has placed in Maralinga Region. There were made tests of the nuclear weapon by Great Britain. The last tests were in 1963 and at that time the territory was polluted with nuclear waste. When the site was officially demolished, specialists begin to clean the territory. Only in 2000 it was finished.

In the 20th century nobody thought about the future of the local tribes that lived in this territory. In 1994 the government of Australia decided to pay an indemnity to the representatives of Tjarutja tribe amount of 13,5 million USA dollars. In the Australian test site, the first tests were made in 1955. All in all, there were made seven test sequences, the highest power was 27 kilotons.

The test was used not only for explosions. In particular, there was … Read all
All unique sightseeing Australia

Entertainment, recreation and attractions in cities of Australia

Sydney
Along the beach there are lots of interesting restaurants and bars, as well as colorful souvenir shops. Those who come on vacation with children should definitely visit the local aquarium. Its collection consists of about 6,000 colorful fish and other inhabitants of the deep sea. Aquarium also features an original artwork. Visitors are offered to walk through the twisting maze of acrylic tubes; an unusual underwater walk would give a lot of excitement for the whole family. Travelers wishing … Read more

Melbourne
Local Melbourne Aquarium offers the visitors to estimate the diversity of the sea floor inhabitants. The entertaining program of the aquarium is not limited just with informative tours. The guests of the center are offered exciting shows and performances meanwhile the youngest visitors will get acquainted with penguins being the main residents of the city aquarium. Melbourne will be a real discovery for open air recreation fans. The city features countless numbers of parks and gardens and … Read more

Gold Coast
Fans of thrill rides will love the amusement park Movie World. On its territory there are leisure areas for adults and children of all ages. There are colorful carousels for kids and extreme rides for those who are fond of thrills. Admirers of water sports can be recommended going to the water park Wet and Wild. Apart from the huge wave pool, it has many slides. During the holidays interesting films are shown in the evenings. An excellent way to diversify your leisure is the local zoo … Read more

Brisbane
A walk to Scenic Rim mountain region is one more wonderful way to see the inhabitants of the local flora and fauna. Fans of cycling will be glad to see special cycling roads, but visitors are surely welcome to make a walk the scenic landscapes. Vacationers with children will be interested in visiting the local Lone Pine Koala Sanctuary Zoo, the main inhabitants of which are friendly koalas. Here you are able not only watch friendly bear cubs, but also participate in their feeding. Visitors can … Read more

Perth
Perth is also known for its magnificent parks, and one of the most unusual green areas is The Maze. The name of the park, the official opening of which was held in 1981, derives from a labyrinth located within its territory. The famous maze formed by an ordinary wooden fence covers an area of about 2.5 square kilometers. This labyrinth is the largest but not the only one in the park. In total, visitors can see more than ten different labyrinths, many of which may seem simple, but only at first … Read more

Adelaide
Fans of active pastime should certainly find time to visit two national parks - Cleland and Belair. The parks are a great place to enjoy the magnificence of nature with its exotic plants and animals. Visitors can also enjoy sports there - the parks are equipped with excellent tennis courts, volleyball and basketball courts. Lofty Hills will become a perfect destination for family rest and picnics. By the way, the hills are equipped with a large observation deck. Tourists with children will get … Read more

Canberra
Curious travelers are recommended to attend Questacon Science and Technology Centre that usually hosts approximately two hundred exhibitions and often organizes various events. Each of the seven galleries of the exhibition center dedicated to a certain topic. Visitors can try really incredible sports facilities and attractions in action, learn about unique properties of sound and light, get acquainted with inhabitants of Australian flora and fauna, and even become a viewer of interesting … Read more

Tasmania
Cataract Gorge is the outstanding natural attraction situated in the heart of Launceston. This is a true natural phenomenon; the deep gorge with a mountain stream is surrounded by exotic plants, including many rare specimens. Those who like to spend a lot of time outdoors should definitely take a trip to Flinders Island. Semi-precious stones have being mined there for many years. The island features scenic granite cliffs of grayish pink color. Everyone is welcome to watch the process of … Read more