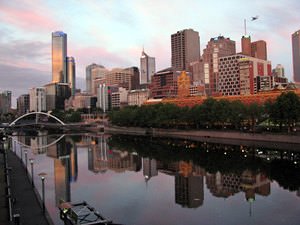 A special category of Australian hotels are those located in old buildings. In them, every detail of external design and interiors, reminds you of the past of the country, allowing you to feel the atmosphere of the previous years. Historical hotels in Australia are the optimal combination of vintage furnishings and modern amenities. In the historical district of Sydney is situated the oldest hotel of the city – “Lord Nelson Brewery Hotel”, which has been hosting guests since the middle of the 19th century. The hotel occupies a three-storey Victorian mansion with a white facade. The walls of the building are made of massive blocks of sandstone. The structure was constructed by then-prisoners. The first floor of the hotel is occupied by an old brewery, where you can taste the best sorts of beer in the whole continent. The grand building of the hotel “La Meridian Et Riatto Melbourne” was erected in the 19th century, becoming a classic example of modernist architecture. The hotel has carried its historical appearance through the years, and is currently perceived as one of the city’s architectural landmarks. Nearby are an exhibition center, theaters, a shopping district, and a stadium. The interior of the rooms are decorated with impeccable taste and striking grace. The hotel guests have available to them more than two hundred rooms, a restaurant, two bars, a business center, a car rental, an exchange office, parking, laundry, as well as the possibility to call a doctor or nurse. differ with unique historical atmosphere. The hotel consists of luxurious villas with patios decorated in the French style of the 19th century. Luxurious furniture of natural wood, clay pots with flowers and rugs with amazing patterns on the walls - each element of the interior is unique. The landscaped grounds with a garden are also full of charm; stone-paved paths and ancient vases, wrought iron benches and a spacious terrace give it a touch of elegance.
Check the hotel prices and availability
Eton House, Brisbane Eton House

can be described as incredibly interesting and attractive. It is housed in a beautiful historic mansion, which is one of the outstanding architectural landmarks in the city. The ancient building has 10 rooms for travelers who have the opportunity to book the ones with an antique fireplace. Absolutely all the rooms are decorated with antique furnishings, fine paintings, and handicrafts by local artisans. The hotel's courtyard is of particular interest, as old wooden verandas, stone sculptures, and fountains have been preserved here.
Check the hotel prices and availability
Copyright www.orangesmile.com built in 1918. Nowadays its rooms are decorated with huge black-and-white paintings of famous city attractions. This hotel boasts a great restaurant and bar, The Federal. Its visitors can try the most popular dishes of Australian cuisine and the best wines from local wineries.
Check the hotel prices and availability occupies a spectacular old building dating back to 1931. Despite the fact that its rooms are designed by modern specialists, the hotel still retains a refined atmosphere of the past. Beautiful natural wood and marble finishes, an abundance of exquisite paintings and furniture upholstered with cream-colored fabrics - all these accessories remind us of the traditions of the past. A marble floor and wide marble stairs have been preserved in the hotel's public areas, everywhere you can see old paintings and bouquets of flowers.
Check the hotel prices and availability was built in 1897; it has being retaining its original appearance for over a century. Many antique items and decorations in the style of past years were used to decorate the place, including bright purple carpets, plush leather chairs, marble vases and massive light wood furniture. You can also see amazing landscape paintings, mirrors in gilt carved frames and romantic porcelain figurines in rooms. During warmer months guests can enjoy a small covered terrace in the inner courtyard, which is decorated with flowers and other greenery.
Check the hotel prices and availability can enjoy the atmosphere of the past centuries. Located near picturesque Roma Street Parkland, the hotel offers clients 50 rooms designed according to the traditions of the past. All rooms are furnished with chic wooden beds, carved tables, and chairs. The atmosphere is complemented by fabrics of noble coffee and golden shades, as well as artworks and wonderful table lamps with lace shades. The hotel is known among gourmets thanks to its Carnaby Restaurant famous for its huge selection of highly artistic desserts.
Check the hotel prices and availability where everyone can file like a VIP. All rooms feature luxurious noble-wood furniture, being decorated with exquisite fabrics: patterned satin and velvet. Its 3.6-meter-high ceilings have been preserved during the building's reconstruction. The real pride of the hotel is its collection of old oil paintings presented in all the rooms and public areas. Mondial Cafe is also available to guests. When the warm season comes, some of its tables are served on an outdoor terrace.
Check the hotel prices and availability , which welcomed its first guests over a hundred years ago. Besides luxury suites and apartments decorated with antiques, a library with an interesting collection of books in different languages is available to hotel guests. The upscale hotel is perfect for those who like sightseeing walks and tours, as it is located within walking distance of many iconic historical landmarks.
Check the hotel prices and availability
Hotel Richmond on Rundle Mall, Adelaide A gorgeous building of the early 20th century constructed in Art Nouveau style is occupied by Hotel Richmond on Rundle Mall

. Its suites feature contemporary design with luxury and aristocratic elegance typical for the past years. In addition to designer furniture and contemporary accessories, some rooms have antique furniture and the bathroom with chic marble finish. The decor in the bar is also unique and recalls the vibrant traditions of the mid-20th century; finishing there is made of a rare species of marble and wood. In warmer months, guests can relax on the large terrace and enjoy panoramic views of the lively Rundle Mall.
Adina Apartment Hotel Adelaide Treasury, Adelaide The upscale hotel Adina Apartment Hotel Adelaide Treasury

is situated on the Victoria Square. It occupies a unique historic building, where the treasury was housed more than a hundred years ago. During reconstruction of the building original finish of stone was reserved; restored decor is complemented by wooden furniture and works of art. The charming courtyard with an old fountain has survived in the hotel. In summer months some of restaurant’s tables are served around it.
Check the hotel prices and availability

Remarkable old hotels in the top cities of Australia

Brisbane
In the immediate vicinity of the train station and Anzac Square is Rendezvous Hotel Brisbane Anzac Square, which welcomed its first guests over a hundred years ago. Besides luxury suites and apartments decorated with antiques, a library with an interesting collection of books in different languages is available to hotel guests. The upscale hotel is perfect for those who like sightseeing walks and tours, as it is located within walking distance of many iconic historical landmarks. One of … Read more

Adelaide
The luxury hotel The Playford Adelaide - MGallery Collection is also sure to represent traditions of past centuries to connoisseurs of comfort and art. Besides luxurious rooms with panoramic windows furnished with antique furniture, it may surprise visitors with a rich collection of works of art. Old paintings and huge crystal chandeliers make atmosphere special. Walls of the local indoor swimming pool are decorated with artistic frescoes. The lounge bar of the hotel is designed in the best … Read more

Map of hotels with history in Australia