Family holidays with children in Australia - attractions and entertainment 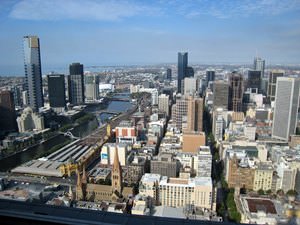 Australia is one of the best places to relax with children. Here young travelers almost feel like full tourists themselves. In large cities of the country, there is a wide range of children’s entertainments, designed for different age groups. The unique fauna of Australia is represented in numerous zoos in the country. In the National Zoo of Canberra, children can see unusual tigrol, koal, kangaroo, wombat, emu, or pat a dingo dog. In the aquarium, they can observe colorful tropical fish and sharks. In the Sydney zoo Taronga, there are fascinating shows with the participation of trained animals and birds. The greatest interest is represented by the performances of sea lions and seals.
Shopping in Australia - best shopping places, what to buy?
Shopping in Australia promises to become one of the brightest memories of your travel. The developed trade infrastructure of the country provides …
Read further
Australia Zoo in Queensland bears the name of the outstanding Australian naturalist, illustrious hunter of crocodiles, Steve Irwin. The zoo regularly hosts exciting crocodile shows. There also live typical Australian animals, which are not found in other cities. The Melbourne Zoo is well known for thematic exhibitions, among them “The House of Butterflies”, and the “Path of the Elephants”. In the zone “Life of orangutans”, children can climb trees in the costume of an orangutan. On the territory of the zoo there is an aquarium and a botanical garden. It is worth paying a visit to the oceanarium of Melbourne. The building constructed as a ship, presents the underwater world of the Great Barrier Reef. On the Phillip Island near Melbourne, you can see the “parade of penguins” at sunset returning to their place of residence.
The Corbin Reserve in Gold Coast is a noteworthy reserve. It is a wildlife park where children can meet animals and birds in the most natural habitat. Here they will find colorful parrots, Tasmanian devils, and all kinds of reptiles. A miniature railway passes through the reserve. On the farm “World of tropical fruits”, you can try tropical delicacies, ride an all-terrain vehicle, and feed kangaroos or emus. In the Wildlife Park of the northern territories south of Darwin, young visitors have the opportunity to visit different Australian natural areas and enjoy seeing the night marsupials. In Cairns, it is worth visiting the Daintree rainforest. Children will want to ride along the cable car to the village of Aboriginal Kuranda, where they are invited to visit the pavilion with live butterflies, or learn how to throw a boomerang. Copyright www.orangesmile.com
Top chic accommodation you can find in the country
The luxury hotels in Australia, deserving attention of the most discerning traveler.
Read further
In Sydney is the famous Luna Park with lots of carousels and water attractions, as well as roller coasters. The most popular entertainment is a fun train “Tango” and the pendulum “Ranger”. Children who are not afraid of the dark can go through the unusual labyrinth “Infinity” – a fascinating world of sounds and optical illusions. Endless mirror corridors and giant kaleidoscopes will give young lovers of thrills a plethora of ​​unforgettable emotions. The Royal Botanical Garden is ideal for family walks. Children will be interested to see a colony of flying foxes sleeping upside down, or visit the museum of anomalies and all unusual “Believe it or not” by Robert Ripley. 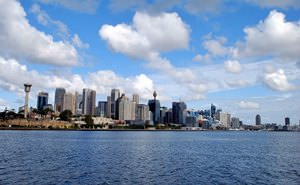 In the Brisbane Botanical Garden, surrounded by exotic trees for young guests, there is a playground where you can go through a fascinating quest or go in search of adventure in the real jungle. There you will also find a planetarium and a space observatory. In Oxenford, there is the Amusement Park “World of Warner Brothers”. Young fans of cinema can visit the set and follow the process of making films, visit the parade of famous cartoons, witness scenes from “Lion King”, “Shrek”, or “Harry Potter”, played out right on the street. The Park regularly hosts stunt show, in addition to its many attractions. In Queensland, it is worthwhile to take the children to the Park “Dreamworld”, where they can swim on an old steamer or pirate ship.
Most romantic hotels in Australia
The best hideaways for couples in love, as well as top hotels for wedding and honeymoon.
Read further
The aqua park “Wet-en-Wild Water World” in the Gold Coast has united in a vast territory a variety of water activities. Teenagers will want to sweep across a completely dark water-filled labyrinth. Younger children can swim in pools with artificial waves or visit the “Pirate Bay” with low descents, shallow pools, and water pipes. “Sea World Park” in Southport offers exciting attractions, the “Sesame Street Beach” entertainment area, a dolphin show, or a monorail ride. In the zone “Shark Bay”, children will see marine predators in all their glory, and at a special exhibition, Australian polar bears.

♥   Amusement park 'Adventure Golf at Panthers World of Entertainment Complex' . On the map

Aquariums in Australia
♥   Aquarium 'Aquarium of Western Australia' Perth. On the map

♥   Aquarium 'Aquasearch Aquarium' . On the map 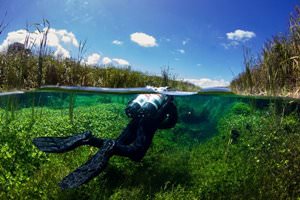 In Australia on the territory of Piccaninnie Conservation Park has placed the so-named system of ponds. Piccaninnie Ponds is a popular site for divers. All three pounds have crystal clear water. However, they differ from each other by the unique peculiarities. “The first pound” is not big, its depth is about 10 meters. The second “Chasm” is a sinkhole with a depth of over 100 metres. The water in this pound is crystal clear, you can see about 40 meters deep.

The most unusual pond is called “Cathedral” with a depth of about 35 metres. The pound has appeared thanks to the limestone formation. Divers love this pond very much. The pounds are located in a special boggy terrain that attracts not only with its pounds but also with unique flora and fauna. Also, you can meet there … Read all 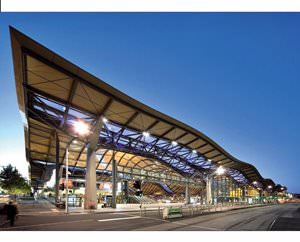 Southern Cross Station has to be included in a list of the best places in Melbourne for curious tourists. In contrast with other popular railway stations, it became known thanks to its modern decoration. The building has a huge wavelike roof with a wonderful lightning. Earlier this station was called Spencer Street, after the reconstruction, the station was modernized and took a new name.

Today the modern building with an unusual roof has the best infrastructure. The station is fitted with the powerful ventilation and air conditioning systems. That’s why you can breathe deep, no matter how many people surround you. There also was made a wide system of connecting passages and escalators.

A wonderful wall painting decorates the station inside. The painting depicts the developed of the … Read all
All unique sightseeing Australia

Top cities of Australia for children

Sydney
Ships rides are another popular, typically Australian pastime. There are always many small ships ready for a voyage near Circular Quay. Tourist cutters and motor boats offer excursions to different directions, so travelers can pick short excursions along the coast or longer tours, during which they will reach picturesque Watson Bay. Australian National Maritime Museum is one more excellent place for family pastime. Children will be excited to see the unique collection of items exhibited there. … Read more

Melbourne
Among the entertainment centers of Melbourne, Galactic Circus remains one of the most visited. This center is to a great extent concentrated on school-age children. They have access to dozens of game simulators, as well as a zone with board games. This entertainment center will be an extraordinary place to relax on a rainy day. There is a café with a large selection of treats and refreshing drinks in the center. Those who cherish original entertainment should visit the Wonderland Fun … Read more

Brisbane
Everyone who loves animals should be sure to look into the most unusual cafe in Brisbane – Cat Cuddle Cafe. In this café, children can not only taste a lot of branded sweets, but also play with its main inhabitants - cats. In the café, there is a traditional zone with tables, and a special rest area with soft ottomans and armchairs, where cabins for cats are arranged everywhere. Cats here feel like real masters and gladly play with visitors. Tourists with older children will enjoy the … Read more

Adelaide
Small travelers will definitely love the trip to Kangaroo Island. This islet is completely isolated from the mainland, so it retained its original natural charm. On this island, in addition to kangaroos, there are echidna, lizards and platypuses, as well as other typical representatives of the Australian fauna. Guests of the island are offered a wide range of interesting excursions, during which they can see animals in their natural habitat, as well as rare birds, including a barn owl, black … Read more

Canberra
There is a beautiful water park in Canberra, which is also popular among vacationers with children. It is the Big Splash Waterpark, which is suitable for recreation with children of various ages. There is a special shallow pool for children of preschool age on its territory, as well as many slides of various levels of complexity. The water park is outdoors, and its territory is decorated with a lot of living plants and trees, among which are very comfortable recreation areas. There is a small … Read more

Map of Australia cities for family trip with kids