National traditions of Antigua. Habits, mentality and the way of living 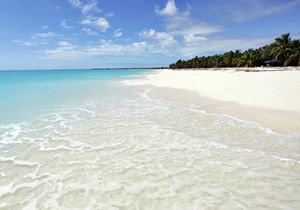 The main feature of the residents of Antigua and Barbuda is their goodwill and rather restrained emotions. The centuries-old influence of English is mainly the reason for this. Of course, a violent temperament can take over. But this is not easy to irritate a local resident. Even communicating with strangers does not cause any problems here. You can easily ask to tell directions, ask for help or sit down with an unfamiliar company in a cafe to talk. The most important disadvantage of inhabitants of this island country is their simply phenomenal slowness. This most often causes irritation among tourists. Actually, this is understandable. People live in a "paradise" where summer is eternal, and nature provides food with minimal effort. So they are absolutely in no hurry.
When and where to 'hang out' in Antigua - festivals and celebrations
Antigua and Barbuda is a tropical island country with a rich history. This affects the way of life, traditions, and holidays. The New Year is …
Read further
The local population is very sensitive to meals. The essence of this is contained in the saying "the back can wait but the stomach cannot". This is probably why many indigenous people of this state are overweight. Men often gather in a nearby cafe after work to order a meat and drink beer, and start a long conversation about life. The locals love holidays and dancing. Most of them have a good ear for music.
There are no strict norms in everyday clothing. But the classic form of clothing is necessary for men and women in most restaurants and at all official events. Requirements are less strict for foreigners. Any long trousers and long-sleeved shirts are acceptable for men. Women can wear a dress of classic cut. It is absolutely unacceptable even for children to wear clothing or any accessories made of camouflage fabric. Copyright www.orangesmile.com
For active traveler - national parks, landscapes and nature of Antigua
The state of Antigua and Barbuda is located on several Islands. Antigua is the largest of them. It is treeless and mostly flat. Its highest point …
Read further
It is not necessary to inform about the visit in advance in order to come to visit good friends or close relatives here. This is considered normal here. However, this is considered a manifestation of bad manners to come to visit without an invitation to an official event or holiday. The tradition of giving gifts is also regulated. It is acceptable to give purely symbolic gifts when meeting. However, most gifts are given only on the occasion of a holiday. By the way, alcohol is not considered a gift here (no matter how expensive and high-quality it is). Surprisingly, you will not meet a drunk local resident despite the free access to any alcohol (both strong and low-alcohol drinks are produced everywhere here). The appearance of a drunken person on the street is regarded almost as an emergency event that violates the public peace. A tourist who has drunk too much may well be denied further service in bars and restaurants. Smoking is allowed almost everywhere. 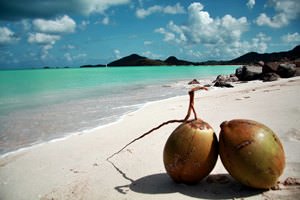 The almost complete absence of public transport and extremely poor infrastructure development can be attributed to the peculiarities of the daily life of this island state. Perhaps this is due to the small size of the Islands and cities located on them. There are 19 cities in Antigua. There is only one city on Barbuda. However, these are probably not cities but large villages with neat streets and houses painted in bright colors. You can rent a car to move around the country. But you should remember that traffic is left-hand here. The roads are mostly bad unlike the metropolitan area. By the way, the Queen of England is still considered the official head of state, although the state has long gained independence.
Antigua sightseeing - top places to visit
Antigua is a group of islands that were named after Antigua De Santa Maria Church that is located in Seville. The islands were named this way by …
Read further
English is considered the official language. Office management and education are conducted on it. But most of the locals speak an incredible mix of English, Portuguese, French, and some African dialects. This is impossible to understand. This linguistic miracle is called Antiguan Creole. The local population began to view it as an important aspect of their culture after independence. But they communicate with tourists in English. Everyone, without exception, understands it here. Belonging to the black continent in the state does not boast. Therefore, there are no racial conflicts here. 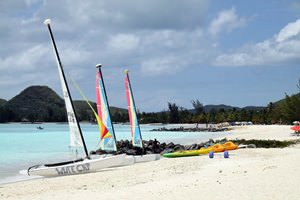 The islanders are quite religious. The dominant position is occupied by the Anglican Church. However, there are also other religions here. Families go to church every Sunday according to tradition. People wear the best clothes for this. All family members take part in the preparation of a festive dinner and sit down at the table after that. By the way, dinner starts early – around 2 pm. It lasts until the evening. Festive meals are served at the table.
National cuisine of Antigua - specialties, recipes and restaurants
The national cuisine of Antigua and Barbuda was formed gradually. It includes a wide variety of local dishes and products, traditional for Latin …
Read further
Locals say with pride that there are 365 beaches in the country. You can visit each of them throughout the year. However, the magnificent beaches and the incredible beauty of the sea are probably the only wealth of the country. Cricket is considered a national sport in the country. It was inherited from the English. Exciting crab races are held for gambling enthusiasts in numerous cafes and bars several times a week.

This article about national traditions in Antigua is protected by the copyright law. You can re-use the content, but only under the condition of placement of an active link to www.orangesmile.com.
Antigua guide chapters 1 2 3 4 5 6 7 8 9 10

Famous sites of Antigua in pictures

Unique traditions in cities of Antigua

Jolly Beach
Tourists also notice one more important feature of local people – they do not like to hurry. This is true about people of all ages. Having made an order at a restaurant, don’t be surprised if you have to wait a bit longer than usual. When dealing with business partners, foreigners should also be patient as local people never make decisions in a hurry and are very likely to postpone their tasks and procrastinate. Of course, the national character is reflected in many areas, and the way … Read more

Long Bay
It is noteworthy that the abolition of the slave trade took place simultaneously on the islands of Antigua and Barbuda, but the carnival on this occasion is held on the islands at different times in order to exclude rivalry. During the carnival, bright parades are organized in all major cities, including nightly ones, which are considered the most spectacular. The event is participated by the best local dancers and musicians. Besides parades, a lot of entertainments are prepared for visitors … Read more

Antigua Island
If you rent a car or a motorbike, certainly get an insurance. Unfortunately, the locals have never heard the saying “slow and steady wins the race”, so they drive as if they don’t want to live anymore and practically don’t respect the traffic rules at all. It is interesting, that in all cities in Antigua the houses are painted in different bright colors, which even strengthen the impression of a non-stopping fest on this land. By the way, the locals sometimes call the island just … Read more