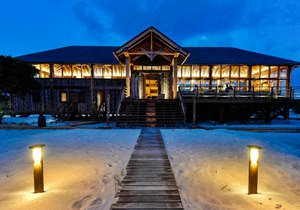 The national cuisine of Antigua and Barbuda was formed gradually. It includes a wide variety of local dishes and products, traditional for Latin America, and products brought by African slaves and European colonizers. The English, Dutch, French, and Creoles created a unique mix of dishes and ways to prepare them. Spicy African dishes are combined with neutral taste characteristics of traditional English dishes, and salty products can be served with sweet dishes. The harmonious interpenetration of culinary traditions of different peoples has created a surprisingly diverse, rich cuisine of this very small country lying in the Caribbean.
Things to do in Antigua - active leisure
The island state of Antigua and Barbuda is a real "paradise on earth" for tourists who come here. This state can surprise you with a variety of …
Read further
Vegetables and fruits (legumes, corn, yams, bananas, coconuts, sweet potatoes, and black pineapple) make up the majority of the diet. This is unusual for the Caribbean. Local people eat a lot of meat (lamb, rabbit, and poultry), prepared in accordance with local traditions. Of course, the choice of seafood is huge in this island country. Lobsters, shellfish, and prawns cooked in a special way have become the hallmarks of the Islands. Taste sunfish, flying fish or red snapper, prepared and served with local spices will be a new experience for guests.
Fish and seafood are eaten a lot and in different types here. Fish is served cooked in the French style, preserving the original taste and adding elegant notes with spices in most restaurants. Any seafood in the original Creole tradition – with a lot of spices and herbs can be prepared for tourists. Locals often combine both of these options. Thus, fish delicacies get a unique taste of this amazing corner of the world. Copyright www.orangesmile.com
What you need to know about Antigua prior to visit - advices
1. Antigua and Barbuda is a country where the weather is warm all year round. The period from mid-December to mid-April is traditionally considered …
Read further
Historians believe that the pineapple appeared on Antigua and Barbuda more than 2 thousand years ago. The settlement of these land areas by Arawak Indians, who traveled in small boats hollowed out of wood, took place at this time. These natives of South America brought with them corn, guava, and mango. Black pineapples are mainly grown for the domestic market since the new plant needs a year and a half to bear fruit. The harvest is not guaranteed. The striking sweetness of this fruit may vary depending on the amount of precipitation and the type of soil. Ripe pineapples are harvested when their skin turns dark green. 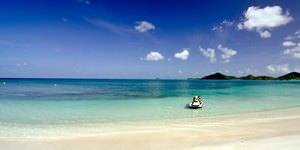 The national dishes include: Cou-Cou, Fungee and Pepperpot, marinated rice, lobster, Dukana, Baccala, and others. Cou-Cou is a traditional food in Barbados. It is prepared from cooked cornflour with the addition of okra. It was a very cheap and satisfying meal for African slaves. Slavery was abolished long ago. But the dish remained in the diet due to the availability of products. Fillet of fried flying fish, corned beef or meat stewed with spices are often added to the porridge today. Sometimes Cou-Cou is prepared without okra. This dish is called Fungee. By the way, such a strange name, "Cou-Cou", the dish received from the name of a flat wooden stick, which is stirred thickening in the process of cooking porridge.
What to see and what to visit in Antigua with children
Antigua and Barbuda have kilometers of beaches with fine sand, a gentle dip in the water, colorful fish, and the sun almost all year round. There is …
Read further
Butter bread is considered the main dish of the local cuisine. This delicious bread is made from white flour with the addition of butter. It is eaten exclusively fresh with cheese, salted fish or sausage at any time of the day. This is a very popular dish among the locals. 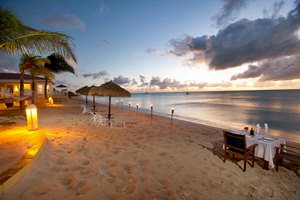 Pepelot is a dish in the preparation of which many spices are used. Usually, the meat is stewed when cooking Pepelot. Vegetables are added later. The ingredients are constantly thoroughly mixed so that they are saturated with broth and spices. This gives the dish a great, rich taste. Sometimes replacing meat with fish is allowed. This is a more budget option. The cooking time is reduced in this case.
Shopping in Antigua - best shopping places, what to buy?
You can bring a lot of interesting souvenirs and goods, including food items to remember your trip. Antigua and Barbuda is part of the Commonwealth, …
Read further
Dukana is a very original, exclusively local delicacy. Flour, coconut pulp, grated sweet potatoes, sugar, vanilla, grated nutmeg, and water is the ingredients needed to prepare the dish. The resulting mixture is carefully kneaded and wrapped in banana leaves. It is steamed for about half an hour. The leaves are unfolded after this. The dish is eaten with salted cod and eggplant. It can be eaten hot, cold or cut into small slices and fried in a pan – the taste is not lost. 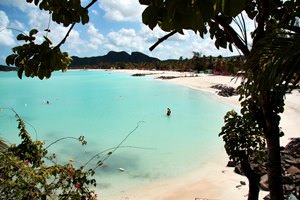 “Black pudding” is the name of the blood sausage, which is a well-fried and popular among the locals. It is prepared with the addition of meat and rice. Corn roasted on the grill is the most popular of appetizer.
When and where to 'hang out' in Antigua - festivals and celebrations
Antigua and Barbuda is a tropical island country with a rich history. This affects the way of life, traditions, and holidays. The New Year is …
Read further
Maubi is a popular beverage. It is made from the bark and leaves of Mabi. Herbal teas and juices of the most incredible flavors are also popular here. Every tourist must to taste them. This opportunity will not be available anywhere else. Coconut milk is served everywhere and with every dish. Ginger beer also deserves attention. Beer is produced on the Islands. Its most famous variety is called "Wadadli". This was the name of the island of Antigua in the indigenous language. There is also malt whiskey and various types of rum from alcoholic beverages on the Islands. Small batches are produced for local consumption. Alcoholic beverages are consumed relatively little. Ponche Kuba rum is considered the national pride of the country. It is very similar in taste to a creamy sweet liqueur with high alcohol content. It is sold only in tall bottles. 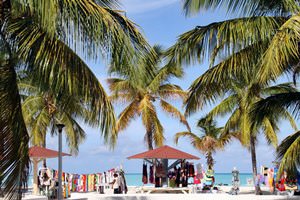 Residents of Antigua and Barbuda are very fond of sweets. They eat all sorts of pies with sweet fillings, sweets, dried fruits, and ice cream in large quantities. Peanut lollipops are very popular.
For active traveler - national parks, landscapes and nature of Antigua
The state of Antigua and Barbuda is located on several Islands. Antigua is the largest of them. It is treeless and mostly flat. Its highest point …
Read further
A typical local breakfast consists of salted cod with eggplant, eggs, and salad. Rice with spices and beans or corn porridge is often eaten for lunch. The locals also love the plantains. These are large bananas that specifically grown. They need to turn up the heat treatment. Macaroni pie is very popular. Meat is always served as the main dish.

This article about national cuisine of Antigua is protected by the copyright law. You can re-use the content, but only under the condition of placement of an active link to www.orangesmile.com.
Antigua guide chapters 1 2 3 4 5 6 7 8 9 10

Cuisine and restaurants in popular cities of Antigua

Jolly Beach
Foodies should definitely try lobsters cooked by a special recipe and red snapper cooked on coals. It is important to mention that a significant part of seafood is cooked on an open fire or on coals in the region. This cooking method adds a special taste and flavor to the ready food. It will not be hard to find true fish delicacies in local restaurants, such as flying fish filet, ocean sunfish, and a special type of big conches that locals call lambi. As a rule, fish dishes are served with … Read more

Long Bay
Another widespread dish is called “Fungi” - this is how they call a vegetable stew, which may contain a variety of meats. All the components are stewed over low heat for a very long time, so the meat turns out to be very tender and juicy. A lot of hot spices are necessarily added to the stew, which some tourists may not like very much. When ordering a dish at a restaurant, you can ask to reduce the amount of spices or exclude them at all. One of the most popular dishes among the resort's … Read more

Antigua Island
However, they do not eat only fish in Antigua. Meat courses are a vital part of the local cuisine. They mostly use veal and chicken, while beef is much less popular due to its high price. The locals like steaks of different sizes and cooking stage, fried pork with spices, and chicken with vegetables and rice, and a braised rabbit. You should certainly try a dish called pepperpot. it is quite a spicy dish, made from meat or fish, cooked with vegetables and roots of the local plants. It is … Read more