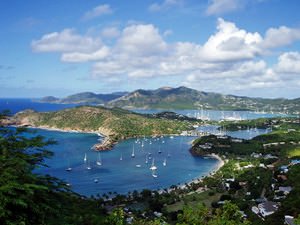 Antigua is a group of islands that were named after Antigua De Santa Maria Church that is located in Seville. The islands were named this way by Christopher Columbus who discovered the archipelago in 1493 during one of his adventures to the lands of New World.
Things to do in Antigua - active leisure
The island state of Antigua and Barbuda is a real "paradise on earth" for tourists who come here. This state can surprise you with a variety of …
Read further
The capital of Antigua, St. John’s, is considered the cultural center of the islands. All main historical landmarks and places of interest are located in Radcliffe Quay district. In this part of the city old wooden houses border with grandiose stone buildings, many of which have been turned into museums and exhibition halls. St. John’s Cathedral is one of the most unusual buildings in Antigua. This is a unique cathedral made of wood and stone. For more than three centuries the easily recognizable towers of the cathedral have been considered the symbol of the country. There are also some colonial period buildings that are worth attention, for example, the building of the court, which dates back to the beginning of the 18th century. Nowadays, the building holds the Museum of Antigua and Barbuda that exhibits a rich collection of ethnographic and historic artifacts.
Don’t forget to visit a small town named English Harbor during your stay in Antigua. The town is located in the western part of the country. During the Napoleon era the town was used as a large military base, and the UK’s sea fleet was based there. However, the National Park is the main attraction of English Harbor. The park is famous not only for beautiful landscapes, but also for several historic buildings such as Clarence House – a wonderful example of architecture of the 18th century. Several protective facilities and Berkley fort have also managed to survive till our days. Do not forget to visit St. Paul Church and Antigua Church that are considered the most elegant religious buildings of the islands. Copyright www.orangesmile.com
What you need to know about Antigua prior to visit - advices
1. Antigua and Barbuda is a country where the weather is warm all year round. The period from mid-December to mid-April is traditionally considered …
Read further
Codrington remains the most popular resort of Barbuda Island. This is a picturesque old city with numerous landmarks and places of interest. The Parliament House, which was built in 1694, is considered the symbol of the city. During its long history the building was used for many different purposes. One of the hills nearby is the location of another famous building, Codrington House, which dates back to the beginning of the 18th century. It was a slave-holding mansion in the past; the building was later destroyed partially, so only a small part of facilities has survived till our days. Tourists visit the hill for one more purpose – one of the biggest observation spots in the country is located near the house, so people come there to enjoy a truly breathtaking view. 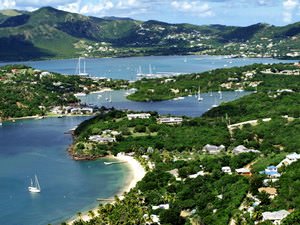 Barbuda has one more peculiarity – absolutely stunning caves that can be found in any part of the island. Do not fail to visit Indian Cave with its crystal clean inner lakes.
What to see and what to visit in Antigua with children
Antigua and Barbuda have kilometers of beaches with fine sand, a gentle dip in the water, colorful fish, and the sun almost all year round. There is …
Read further

At the dawn of our era, the archipelago was inhabited by the tribes of the Arawaks. The main mean of their subsistence was the farming. In the 13th century, they were captured by the belligerent Caribbean tribes. The European discoverer of the archipelago was Christopher Columbus who visited the islands in 1493. The Spaniards could not form stable settlements because of the Caribs who constantly raided them. In the first half of the 17th century, the islands with fertile soil attracted an attention of Great Britain. In 1632, Britons formed the first settlements here. 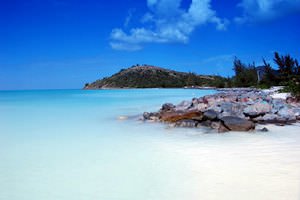 The vast territory was used to grow tobacco, cotton, coconut and sugar cane. Slaves transferred from African countries worked on the plantations of Britons. After the abolition of slavery in 1834, it was impossible to serve vast plantations, so colonizers started leaving the archipelago. Nevertheless, Antigua and Barbuda were under the British protectorate for several decades. In 1967, the island state gained a right of the partial self-government. It became completely independent in 1981.
Shopping in Antigua - best shopping places, what to buy?
You can bring a lot of interesting souvenirs and goods, including food items to remember your trip. Antigua and Barbuda is part of the Commonwealth, …
Read further
One of the main advantages of the country is the fact that travelers can vacation here at any time of the year. The weather in the islands is suitable for beach recreation. This place is also notable for incredibly beautiful coral reefs that attract divers from all over the world. 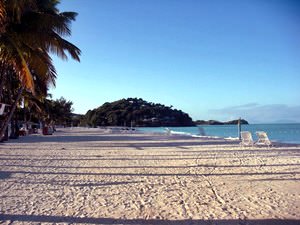 In the islands, there are perfect conditions for doing sport. Antigua attracts golf fans. There is also an excellent yacht club. The Dickenson Bay is very popular with windsurfers. For many years, it has been a place where international competitions are regularly held.
When and where to 'hang out' in Antigua - festivals and celebrations
Antigua and Barbuda is a tropical island country with a rich history. This affects the way of life, traditions, and holidays. The New Year is …
Read further
The tiny island state lives an eventful cultural life. Annually, the interesting folk festival called Caribana is held here. At the festival, there are performances of the best music and dance groups. The fest guests can also take part in interesting food entertainments. In October, the traditional Jazz Festival, in which musicians from different countries take part, is held. Fans of noisy and fiery entertainments should visit Antigua in August. At this time of the year, the traditional August Carnival is organized.

This article about iconic landmarks and sights of Antigua is protected by the copyright law. You can re-use the content, but only under the condition of placement of an active link to www.orangesmile.com.
Antigua guide chapters 1 2 3 4 5 6 7 8 9 10

National and city parks of Antigua
♥   National Park 'Nelson’s Dockyard' . On the map

Sightseeing in popular cities of Antigua

Jolly Beach
Nature lovers are offered interesting excursions to the peninsula Five Island. It is the starting point of many popular tourist routes. Here, travelers can admire exotic plants and flowers, and also watch the miniature birds for which these exotic places are home. On the peninsula is one of the most important historical sights of the island – Fort Barrington. Once it was built to protect the coast from pirates. For hundreds of years, a significant part of the structures was completely … Read more

Long Bay
The discoverer of the beautiful island in the Caribbean was Christopher Columbus who first landed on its shores in 1943. The period of active colonization began much later. The UK sent the first research expeditions here only in 1632. However, the attempt to capture the island was failed due to the hard resistance of the aborigines. Only a few years later, the British colonialists have managed to seize power over the island. In the course of numerous battles, a significant part of the … Read more

Antigua Island
Hawksbill is one of the largest and most popular beaches of the resort. The grandiose beach is, actually, formed by four interconnected beaches. Each of these four beaches has its own peculiarities. There are well-developed and very comfortable coastal areas and beaches that have absolutely no infrastructure. This is also the location of a nudist beach – beaches of this type are quite rare on Antigua. Travelers craving for privacy and intimacy will find what they need on the south-west … Read more